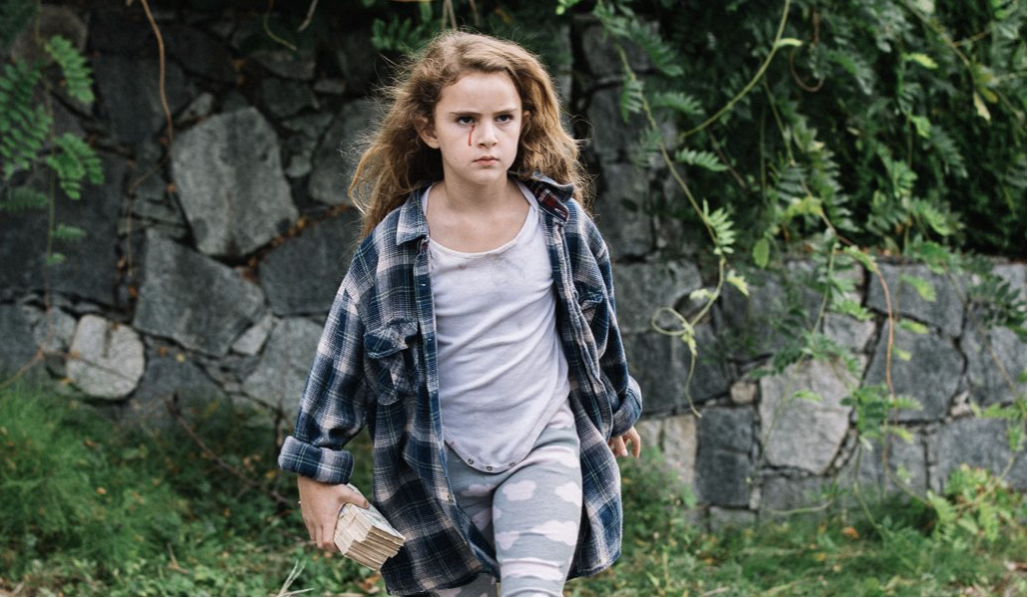 One of my favourite Canadian films of recent years was 2015’s Room, the harrowing story of a young boy imprisoned with his mother for the first five years of his life before being freed and discovering the outside world for the first time. After cutting his teeth on genre franchises Leprechaun and Dead Rising, Vancouver whiz-kid Zach Lipovsky teams up with American editor-turned-director Adam Stein to deliver a sci-fi inspired twist on the concept in their 2018 feature, Freaks.

Unlike Room, there’s no third party forcing young mutant Chloe (Lexy Kolker) to batten down the hatches of her rundown suburban home. Instead it’s patriarch Henry (Emile Hersch) keeping the doors locked and the windows covered as he spends their days teaching his daughter to be “normal” in preparation for being adopted by next door neighbour Nancy (Michelle Harrison). Going outside is forbidden until then lest she be killed by the “bad people”.

Seven years of cabin fever naturally leads to Chloe finding any way she can around her dad’s rules including using her telepathic powers to visit Nancy’s daughter Harper (Ava Telek) in the middle of the night. Even these nightly sojourns fail to satiate her appetite and when opportunity strikes in the form of her dad passing out after an unusually bloody run to the supermarket, Chloe tastes the sweet, sweet, air of freedom before running headlong into ice cream truck driver Alan (Bruce Dern) who just happens to be her maternal grandfather.

Chloe soon discovers the true extent of her powers and the truth behind a government that seeks to contain eradicate people like her and her family. Discovering that her mother (Amanda Crew) is in fact still alive and held captive in a government facility, the trio team up to save her against a ticking clock before a squadron of feds led by crack agent Cecelia Ray (Grace Park) succeed in eradicating them once and for all.

Working from a likely limited budget (no Canadian filmmaker has ever complained about having too much money), Lipovsky and Stein weave this pulp tale to their advantage. The film throws the audience off balance, but never in a way to confuse them or to prevent them from being invested in the characters plight. This is a puzzle worth watching a second time just to catch all the pieces.

Lexy Kolker shoulders the enormous burden of leading this feature and succeeds with flying colours in her portrayal of a young girl going through growing pains that’ll leave puberty feeling like a cakewalk. Her supporting cast also excel with Emile Hirsch batting above his usual average as the beleaguered Henry and Dern adding some welcome levity to the proceedings as the prickly Alan.

Cinematography,VFX, and especially Production Design are on point here, capably crafting an ever enlarging world as the story unfolds. It’s just a shame that that world has to yet again be set in a thinly-disguised Vancouver as USA (Seattle this time). Surely the Canadian government is as capable of oppressively hunting down mutants as their yankee counterparts.

Having caught on with global audiences at festivals and now on streaming, Freaks handily punches above its weight to deliver a stellar sci-fi tale that could easily be the launching pad for a wider franchise. Perhaps they’ll set at least one entry in Vancouver this time.