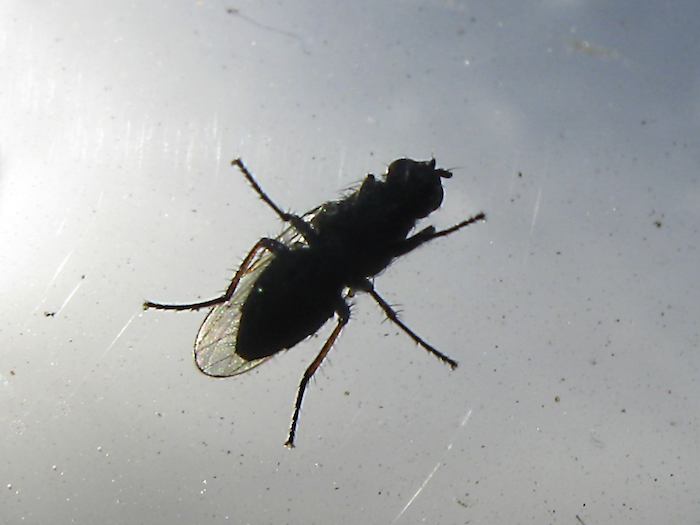 What is it with these foreign types of films distributed by Travelling? I can see why they have that name. The movies have me traveling to figure out so much. Geez.

Our film stars Amy Sobol as a geeky girl. And she looks an awful lot like Ugly Betty or some geeky girl you probably knew in your high school and picked on. Okay, you’re probably guessing this girl is going to find love or something. No, not quite. She just looks at a magazine featuring fit guys and one dude on a page (Shawn Baichoo) practically strip teases for her on the page. Imagination is a powerful thing. But she finds something even more powerful, the world’s most strongest and powerful fly. Okay, this is getting out of hand. The annoying little bug attempts to drink up all of her cola, and she tries to smack him, only to be smacked back. I don’t know what I watched, and I don’t want to know either. I’m not even saying how things get solved.

Once again, minimal plot with humour I don’t quite get. What’s even weirder is the stop-motion technique used through the whole thing and the movements as well. For some reason this geek girl slinks her way up to a chair and her drink and magazine come over as well like that. I don’t get why the fly wants all her cola either. My only guess is this is one of those short films made by film school students. Or maybe it’s like almost every French Canadian film I review. But both of those things are actually what it is. So double jeopardy, I guess.