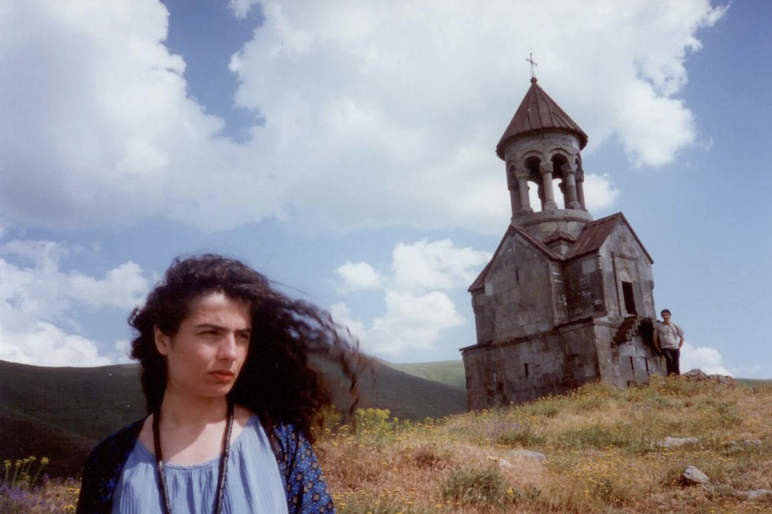 Atom Egoyan was raised in BC, but fled east to claim his spot in Toronto’s new film wave of the 80s (BC’s would catch its own wave a few seasons of 21 Jump Street and one John Posner flick later). What emerged from the auteur who would become second only to David Cronenberg in the CANCON Pantheon was a heady stream of work that could challenge or just plain bewilder an audience depending which side of the arthouse you’re on. Following his watershed work The Adjuster, Egoyan dialed down the budget and scope for his 1993 effort Calendar.

The unchained narrative flashes back and forth between the work trip of an unnamed photographer (Egoyan himself in his lone starring role) and his wife (real-life Egoyan spouse Arsinée Khanjian) as they photograph churches in Armenia for an upcoming calendar and the aftermath where our protag stages repetitive dinners with a parade of women who seemingly can’t stand him and constantly excuse themselves to make phone calls.

The photographer and his wife have split you see, over a suspected affair between her and their driver/tour guide (Ashot Adamyan) whose Armenian monologues only she can translate, shutting out both the film’s lead and the rest of us uni-linguals in the audience. All the phone calls his subsequent dates make are also in untranslated Russian, German and Hebrew. The bilingual bonuses are strong with this one.

The film juggles multiple timelines, mediums (film, 8mm video) and overlapping dialogue to create what may be a personal statement on the barriers between image-makers and their subjects. The photographer is never once on screen with his wife, with all their Armenian scenes staged to place him as the disembodied voice behind the camera. His attempts to confirm his suspicions only sour things between man and wife to the point where he can’t even communicate with her, even recruiting his adopted Armenian foster child to spy on the pair (yes, really).

Calendar holds some value as a rare opportunity to see Egoyan direct his own screen performance. He may very well be playing himself here given the highly improvisational tone of which Khanjian and Adamyan are up to the challenge. This could likely be one of his most personal of his works, but like much of his filmography, it remains inaccessible to those outside the arthouse crowd. The calendar itself would’ve made a nice merchandise tie-in though.

CALENDAR can currently be streamed on The Criterion Channel.