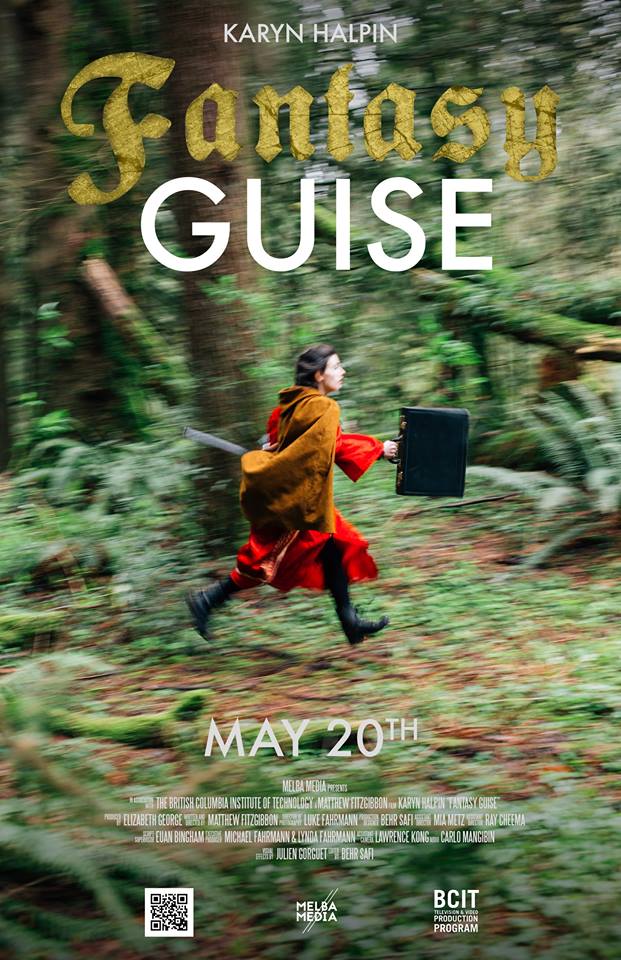 One of the biggest challenges in life is dealing with the large line that sits between fantasy and reality. In this series, Karyn Halpin stars as a businesswoman who works in an office on her weekdays and spends the weekends LARPing. Okay, this does sound like a series I reviewed, twice, but it’s got a different approach.

The big issue our protagonist deals with is when everyone at the office is required to attend a meeting because a major self-help business mastermind, Guy Florentine, is coming by on Saturday. And as one can imagine, the company has taken all of the values in his book and made them quoted around the office like bible verses in a church. Never pass up a chance to attend something with the biggest guru in history.

Here’s the conflict: Saturday is also the day of the LARP championship, and since one major player named Melanie has injured her leg, a new person is required to take her place, though nobody wants to volunteer.

I’m pretty sure this is a story with a feeling that we can all relate to. The plot is truthful and really has you thinking that you may have felt this feeling before. There is a subplot about a grandfather on the verge of dying which adds some extra feeling. There’s nice contrast between the work environment and the field where everyone LARPs. Good contrast mainly in colour, scenery, costumes, and actions. In the end, it’s a tough decision whether to follow your dreams, and what to do when stress is overtaking you.