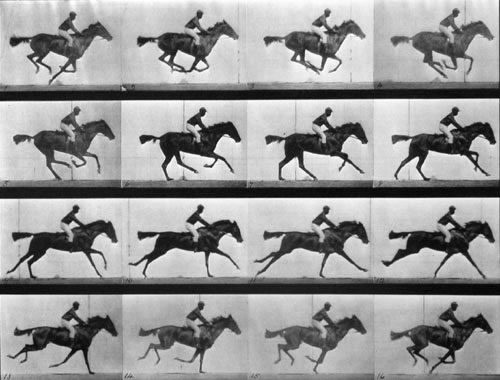 In the beginning, all we had were simple pictures standing still, and boy did we have to use our imaginations!

An amazing film about the birth of motion pictures, Eadweard shows how Eadweard Muybridge came up with the idea. Eadweard, played by Michael Eklund, is obsessed with getting every last shot of a moving horse, as he believes every single moment that passes us by should be captured. One night, he meets Flora (Sara Canning) and eventually they get married, even though Eadweard is twice her age. After their marriage, Eadweard manages to get a nice vacant field where he plans to make his magic of motion pictures. Flora is considered a subject and Eadweard also gets animal subjects and a small crew to assist him in taking shots with multiple cameras. As the job goes on, Eadweard gets more frustrated with his crew and subjects, as now motion pictures are all he focuses on and wants them to all be perfect. However, the clothing of that period is unable to show motion, and Eadweard requests all his models to be naked so he can capture the movement. Flora starts to get upset with Eadweard spending more time on his work than with her, and the community gets upset with Eadweard’s nude models. (But Eadward manages to get acquitted for shooting Flora’s lover.)

Everything about this movie was amazing. The concept, the shots, the scenery, everything. Just the way the montages showed the capture of motion was impressive. I enjoyed seeing this movie as it was a great lesson in history for me.