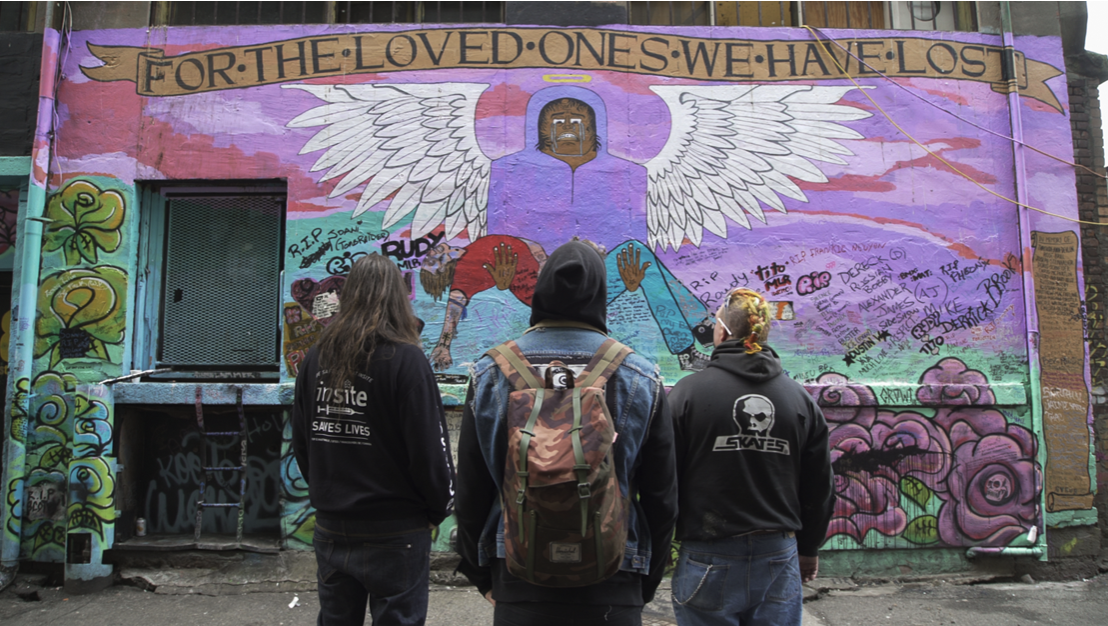 “The only difference between you and I is one bad decision.”

Even with more recent public health (and climate) crises occupying headline space, the ongoing Opioid crisis continues to simmer in the Vancouver psyche. Every so often, a news item will remind us of the latest death toll from a drug supply tainted with Fentanyl and we may catch a glimpse of the deplorable street conditions as we drive or take a bus through East Hastings Street. Colin Askey facilitates a more intimate portrait of the city’s drug users as he takes us behind the doors of the Overdose Prevention Society in his feature doc Love in the Time of Fentanyl.

Ostensibly shot through 2019 to early 2020 (the pandemic and its effects are absent), we are introduced to the staff and volunteers at OPS, led by the passionate, yet visibly burnt-out Ronnie Grigg who host drug users in Vancouver’s Downtown Eastside neighbourhood, giving them a safe and supervised place to test and use drugs, ensuring no one dies of an overdose.

But there is more than just a life-saving community service occurring at 58 East Hastings Street (NOTE: they have since moved). Community members who have been marginalized or rendered homeless for a myriad of reasons find a dry place out of the rain and warm company to empathize with their struggles. Several remark that it is almost impossible to quit cold-turkey with Fentanyl like they could with heroin, making the harm reduction approach an even more vital pillar in the city’s four pillar drug strategy (the others are prevention, treatment, and enforcement).

Askey keeps his lens on the people of DTES and their neighbourhood, only occasionally pulling back to remind us of their place in Vancouver’s increasingly gentrifying geography. The only times we leave Hastings Street are to visit one neighbour recovering in the hospital and OPS’s sojourn to Vancouver City Hall to implore council to help provide more safe injection sites and treatment options. Interestingly, this is the only instance where politicians appear on screen, those being Mayor Kennedy Stewart and Councillor Jean Swanson. The Premier and Public Health Officer are heard, but not seen, rendered as distant from the crisis as their seeming lack of concrete action implies.

Askey makes the creative choice to let the images and the people speak for themselves, which while noble, ends up frustrating the viewer with a noticeable lack of context. There’s no lower thirds to identify anyone and I only caught Ronnie’s name because the others award him a certificate for service before he takes an extended sabbatical.

One of the great strengths of the Documentary form is how it allows us to empathise with people and experiences outside our own lived reality. A snapshot of a larger tapestry, Love in the Time of Fentanyl succeeds as a love letter to the community of DTES even if it comes up short as a useful document. Watch with open eyes and an open heart.

Love in the Time of Fentanyl screens as part of DOXA on Tue May 10, 6:30pm @ SFU- Djavad Mowafaghian Cinema