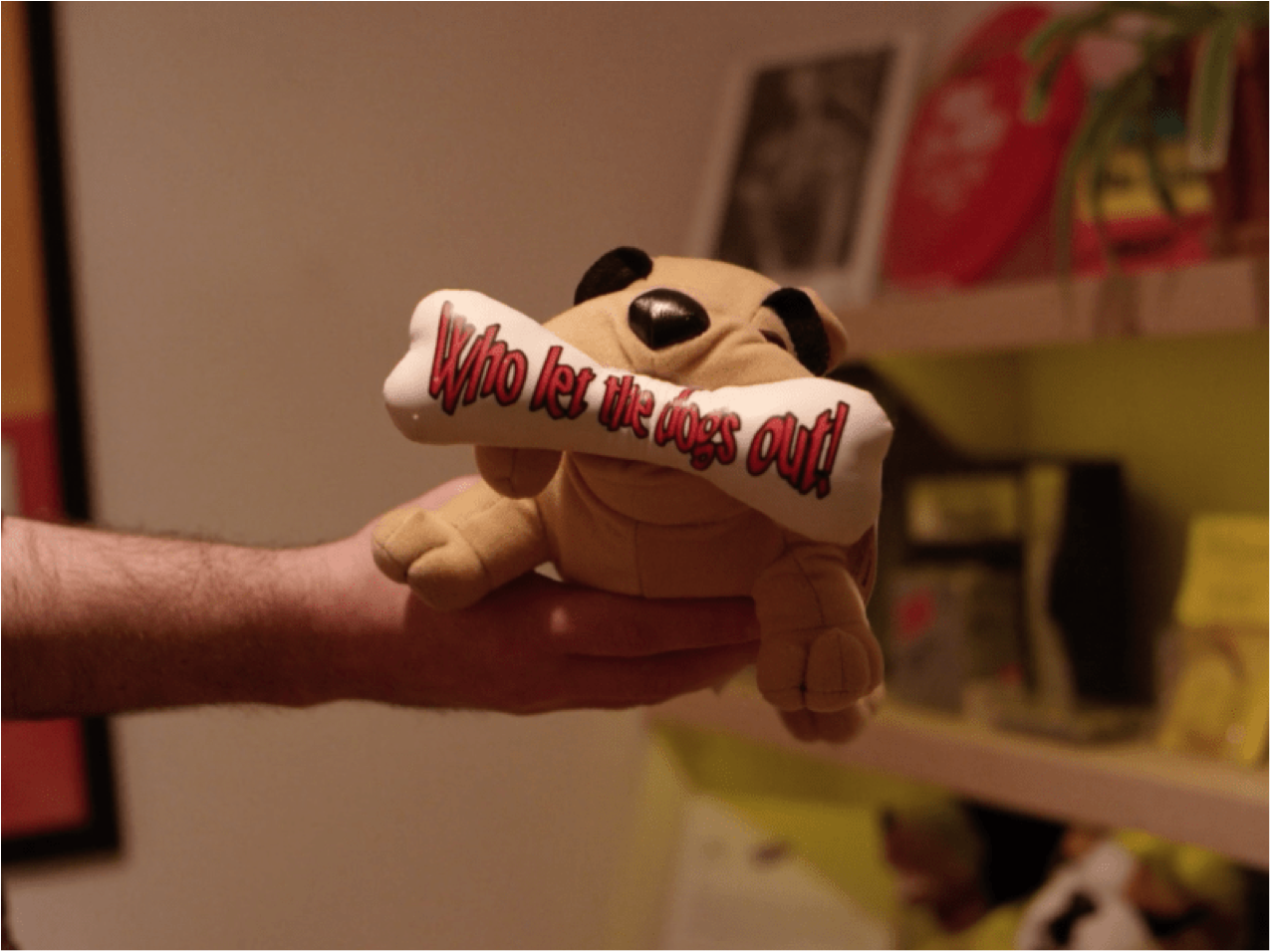 Who let the dogs out? Anyone who lived through Y2K may have found themselves asking that question even though the eponymous single made famous by the one-hit wonder Baha Men lacks a question mark. While everyone knows the now infamous chant “Who let the Dogs Out, Woof, Woof, Woof!”, they may not know who in fact originated the ear worm. Turns out even Wikipedia isn’t totally sure. Rather than let sleeping dogs lie, Ben Sisto makes it his mission to track down the true author of the infamous hook in the appropriately-titled doc, Who Let The Dogs Out.

Framed as a one-man show, the doc takes us on Sisto’s Journey which of course begins with the Junkanoo music of the Bahamas-based Baha Men. The track was suggested to them by S-Curve Records producer Steve Greenwood who had heard about it from flamboyant UK record producer Jonathan King who himself had heard it from a demo tape recorded by his barber at Carnival in Trinidad. While it seems clear early on that the song was fully written and composed by one Anslem Douglas and Ossie Gurly, earlier recordings by other artists set Ben on a trail that goes much further than you’d think.

From radio DJs in Buffalo to aspiring teenage rappers in Miami, the chants origins are traced further and further back through the years. Just when you think “ah, THIS must be the author”, yet another stone turns up. I won’t spoil where the search ultimately ends, but its conclusions will challenge conventional thoughts of creative authorship and it’s place in a share-heavy popular culture.

The doc is short at a mere 61 minutes, but Who Let The Dogs Out unfolds like a thrilling treasure hunt every step of the way. What was once easily dismissed as hot summer pop garbage takes on new life as the creative process is reverse-engineered and dissected by Sisto’s unusual quest. Sisto himself is an engaging figure as he guides us through his years-long quest that no one else has found worth undertaking. He even seems unsure as to the root of his obsession, although the fact that the song’s origins are the only thing he’s an “expert in” seem to provide ample fuel.

The film takes a curious turn early on when it decides to focus for a few minutes on how the song became a nation-wide sports anthem via the efforts of then-Seattle Mariners Director of Promotions Gregg Greene. It’s a mildly-interesting tidbit to be sure, but does enough to suck the momentum out of the journey that I erroneously thought the search was prematurely over. Most of us already know how insanely popular the song was (for better or worse) and this info may have made more sense if placed at the beginning.

As a society, we tend to labour under the false impression that everything at some point has a single creator (I wonder where we got that idea?), but the truth is far more complicated than even notoriously opaque-copyright law allows for. In a genre where most of the content focuses on urgent social and environmental issues, Who Let The Dogs Out is a fun and breezy pallet cleanser.

Who Let The Dogs Out screens as part of DOXA on Friday, May 10, 9:15pm @ the Vancity Theatre