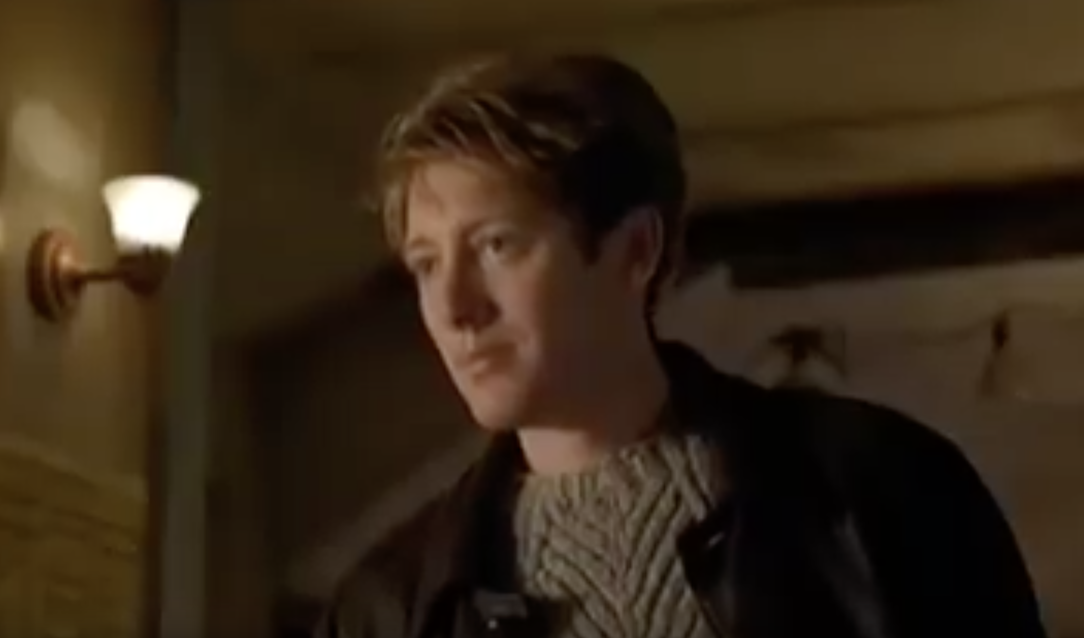 The sex scenes are excessive, even numbingly exhaustive, but upon greater reflection I believe that is the very point. Cronenberg does not want to arouse you with cheap sex. No. He always has been, and always will be, a director with intent. Instead he weaponizes sex, using it as a catalyst for a psychological thriller unlike few I have ever seen, if any.

I will admit that the film opens cheaply enough, coming off as nothing more than a sexploitation romp with characters that are characterised by their jobs and overt sexuality alone. James Ballard (James Spader) is a hotshot film producer in an open marriage with his wife Catherine (Deborah Kara Unger), who each share their sexual exploits in vivid detail as they engage in sex themselves. At this point Crash already seems fairly typical, and when you add some questionable writing early on with a woeful score that is too ‘90s even for the ‘90s, it would be fair to say that I was not holding out much hope given its radically divisive reception.

If cinema has taught me anything by this stage though, it is that I should never jump to early conclusions or allow the opinions of others to sway my own.

Crash swiftly veers into increasingly absorbing subject matter when James suffers a serious car accident, resulting in a serious leg injury, and the death of a passenger in an oncoming car. Cronenberg’s initially distant direction becomes more intimate as James comes to terms with his guilt, as well as the mental trauma of getting into a car again. James seeks to make sense of it all, even lacking the sexual vigour he once had. I suddenly found myself caring about James, proving to be more than the apparent cock-sure producer prior to his accident.

Everything changes then when he meets Dr. Helen Remington (Holly Hunter), the widow of the passenger killed in his accident. After offering Helen a ride to work, James almost suffers a second crash, though this time he applies the traumatic experience to his inherently sexual nature, as he and Helen have sex in a parking lot soon after.

From here James descends into a fetishistic obsession with car crashes, and Cronenberg’s true strength of relating bodily mutilation to the mind truly comes into play. At the forefront of this group is Vaughan (Elias Koteas), who seeks “the liberation of sexual energy” through the enactment and re-enactment of car crashes. The concept is obscure, even undeniably bold, and fictitious as this may ultimately be, it still perfectly embodies the alternative sexual pursuits that may be beyond the understanding of the more traditional practitioners of sex, while lending to an effective, perfectly paced thriller with a fascinating psychological edge.

At the cusp of this edge is Koteas’ Vaughan, who is without question the most enthralling of any other character in Crash. He is a sick, twisted individual, of that there is little doubt, but he lends an insight into this sexual niche found in no other character. While it is James’ descent we are observing, Vaughan is already steeped in his obsession, constantly testing the limits of his sexual proclivities with no regard for consequence.

Seeing him photograph his dead friend, who perished in the deliberate and devastating re-enactment of Jayne Mansfield’s fatal car crash, is completely depraved and entirely absorbing, as Koteas’ versatile performance expresses shock, satisfaction and then unbridled arousal all in a single momentary reaction. I found myself totally disturbed, yet I could sense Cronenberg daring me to look away, omnisciently knowing I am transfixed in spite of my discomfort.

This is exactly what a challenging psychological thriller should do. Yet, Crash falters in many aspects of its execution, however minor and infrequent. I found the characterisation of James’s wife Catherine to be rushed, as she is haphazardly thrown into James’ newfound sexual outlet with little development, rather than naturally eased into it as James was.

The almost laughable scripting is not just limited to the film’s opening moments either, as bombastic dialogue occasionally rears its head from time-to-time, reaching its pinnacle in one of the many sex scenes, where Catherine repeatedly contemplates the saltiness of semen, doing further damage to her characterisation in the process.

Nonetheless, Cronenberg’s Crash evokes psychology from erotica in ways Basic Instinct never could, or any film of its kind, as far as I am concerned. It is incredible that Cronenberg was able to craft a thriller without, I would argue, any ostensible villain, relying instead on a group of people who engage in increasingly dangerous behaviour in pursuit of what they perceive to be the peak of sexual gratification. These individuals and their actions may be as twisted as car crash metal, but the psychology is firmly in place, ultimately justifying Cronenberg’s excessive means.