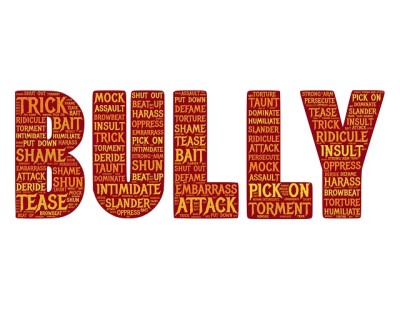 Like this one. While I’m against bullying myself, I take no shame in bullying this movie because it’s just so awful.

Anyways, our quaint little story takes place in the fictional small town of Granton, where a notorious family of troublemakers called the Cullens are responsible for wreaking havoc on the town and hardly anyone does anything about it.  Because Jonah Cullen (William Nunn) is the richest guy and everyone, from the only police officer to the mayor, lets everything with that guy slide. One example of this is when the delinquents drive their SUV down the highway and shove an elderly couple’s car off a cliff. Pleasant.

After that moment we introduce a family known as the Morrises driving into the town, moving in as new residents and managing a store for their relatives Fred and Martha Hobbs. First they are welcomed by an elderly aboriginal named Will Crow (Dehl Berti) who is skilled in hunting. The Morrises are attempting to get settled in this new town and the first thing they run afoul of is the Cullen family. This begins when Clay Morris (Stephen B. Hunter) stops 2nd son Ben Cullen (Bill Croft) from dancing with his wife Jenny (Janet Laine Green) and tension rises over the next few days. Matt Morris (Jonathan Crombie), the youngest of the family manages to find a fatherly figure in Will as they hang out together in the woods. Mainly because Clay is a stepfather, not Matt’s birth father, so Matt doesn’t trust Clay that much. One afternoon, Matt meets a pretty young girl named Becky (Olivia d’Abo). It just so happens that Becky is one of the Cullens and her biker brother Jimmy (Bernie Coulson) beats up Matt. Yeah, another one of those stories. Two families feud and their kids fall in love.

I’m not going to say what else happens from there because you’re probably predicting it by now. This was just not worth watching whatsoever. The acting was mediocre, the story was predictable and corny, and even the scene setup needed work. All throughout the movie the lighting looked kind of washed up and made it hard to tell what was going on, especially in the action scenes (no, not fond of those either).

In fact, I don’t even think this movie was recorded for Internet in a professional matter. I know this movie is from 1986, but come on, there’s no effort in screen capture. It looked like someone put a camera in front of a TV screen because they didn’t know how to properly record from a screen with a VCR or other device. Whether it was the actual filmmaker or some fan who did this, they shouldn’t have bothered putting this up.