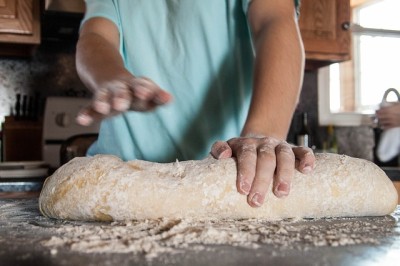 Starting next week on the 14th, Accessible Media Inc’s cooking show, Four Senses is premiering season 3 of the show at 7:30 pm on AMI-TV. The premiere will include a live Q and A session with co-host and blind chef Christine Ha while the episode is streamed live on AMI’s official Facebook page. Four Senses is a cooking show that’s quite different than most cooking shows. It actually invites blind chefs to cook with chefs that are able to see and they work in the same kitchen together. To also make the show “viewable” for viewers who are blind, hosts and guests discuss their surroundings as well as what they’re doing. If that isn’t enough, closed captioning is also provided for the deaf and hearing impaired.

Many new and exciting recipes are expected to come out this season along with celebrity chefs guest-starring and tips about nutrition for maintaining healthy eyesight as well as kitchen independence. Chefs to be guest-starring will include Corbin Tomaszeski, Claire Tansey, Erin Davis, Laura Calder, and even Frank Ferragine will be coming back once again. Aside from the wide variety of culinary masters, Four Senses will also be exploring all around North America, in places like PEI, rural locations of Ontario, Kelowna, and even Wellington North.

Brian Perdue of AMI says the team is happy to be bringing the show back for another season as it speaks to all kinds of different people. “We believe this is the best season yet – full of entertaining and talented guests, mouth-watering recipes and out of studio adventures in communities from coast to coast.”