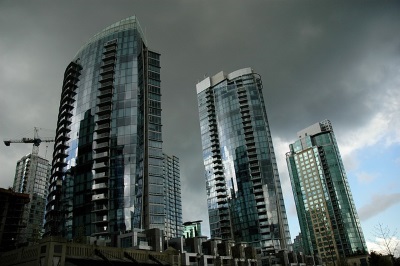 Episode 1 – At the beginning of the episode, Charlie Xie is on the rooftop of a building, ignoring any texts that come through on his phone. A call is sent to the police to file a missing person report. Detective Al Gorski, who understands that Charlie comes from a rich family, guesses  he’s probably back home getting money from Daddy. In other words, he thinks Charlie is okay. But all of that changes when a woman is jogging through the park with her dog named Disco (Disco Dog? I think that was a Translink pet peeve poster) and the two stumble across something scary. Yes, it’s Charlie’s body, but it’s never actually shown. The crime scene tape is more visible. Detective Jo Bradley is on the case, but things don’t seem to go too easy for her. Already this episode was good start to the series, and it looks interesting so far.

Episode 2 – This episode starts with the word of Charlie’s death spreading throughout the family, causing grief. Detective Jo searches for evidence in finding what killed Charlie. Charlie’s sister Anna is so grief struck she can hardly find a way to talk about her feelings. However, someone she once knew reveals a large pointer that might change the case around. Jo finds some other trace amounts of evidence and is slowly putting the story together. Again, the episode is well thought out and amazing to watch. The story is chilling and exciting, with a touch of sadness. I’m enjoying this series so far. Even adding in the Cantonese and Mandarin adds a little more interest and culture to the show.