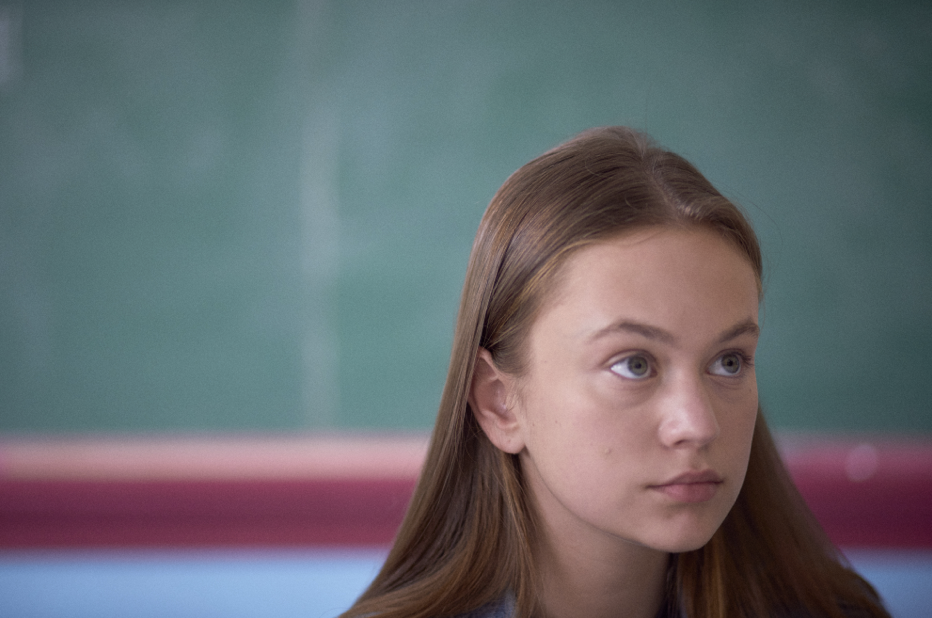 the junction of two rivers, especially rivers of approximate width.

I’m sure y’all won’t need the definition of “black”, so let’s carry on.

Like the recently-reviewed Bone Cage, Nicole Dorsey’s similarly-initialed feature debut, Black Conflux also takes us to the maritimes, only now to the comparatively more innocent 1980s. A time when the only phones teenagers used were of the landline variety and when they apparently a lot less hesitant to bum rides off complete strangers. Young Jackie (Ella Ballentine) and her free-spirited bff Amber (Olivia Scriven) are two such frequent passengers, preferring mall trips and bonfire parties to whatever’s going on at home. Behind the wheel of a few of these hitchhikes is socially-awkward, but camera-handsome Dennis (Ryan McDonald) who prefers the company of his rotating line of fantasy women to anyone his family or co-workers try to set him up with.

Jackie is growing increasingly isolated from Amber and the rest of her social circle as the unnamed small Newfoundland town grows ever too small for her. Meanwhile, Dennis is striking out with both the ladies and at work, much to his increasing frustration. Yada-yada-yada the two storylines converge in the final act and no spoilers.

Do I sound disinterested? Perhaps, but I can hardly be blamed for failing to be enamoured by a story that seems to mistake an inciting incident for a climax. McDonald and Ballentine do their best to craft compelling characters with the former succeeding far more than the latter with his restrained fury and longing desperation weaving a disturbed, yet sympathetic character in Dennis. Aside from this winning performance and a few admittedly inspired directorial choices by Dorsey (they’re subtle, but noticeable), there’s not much else to recommend here.

Black Conflux has the unusual distinction of ending on a much more appropriate note for a beginning. Just when the audience have finally developed any sufficient interest in the characters is the exact moment when the credits decide to roll. Some might find the weaving of a coming-of-age story with a sexually-frustrated thriller enthralling, but I for one merely felt like I was watching two different movies set in the same town. If you’re looking for stories to stream that are worthy of your time, try another river.

Black Conflux is now available on VOD including Apple TV