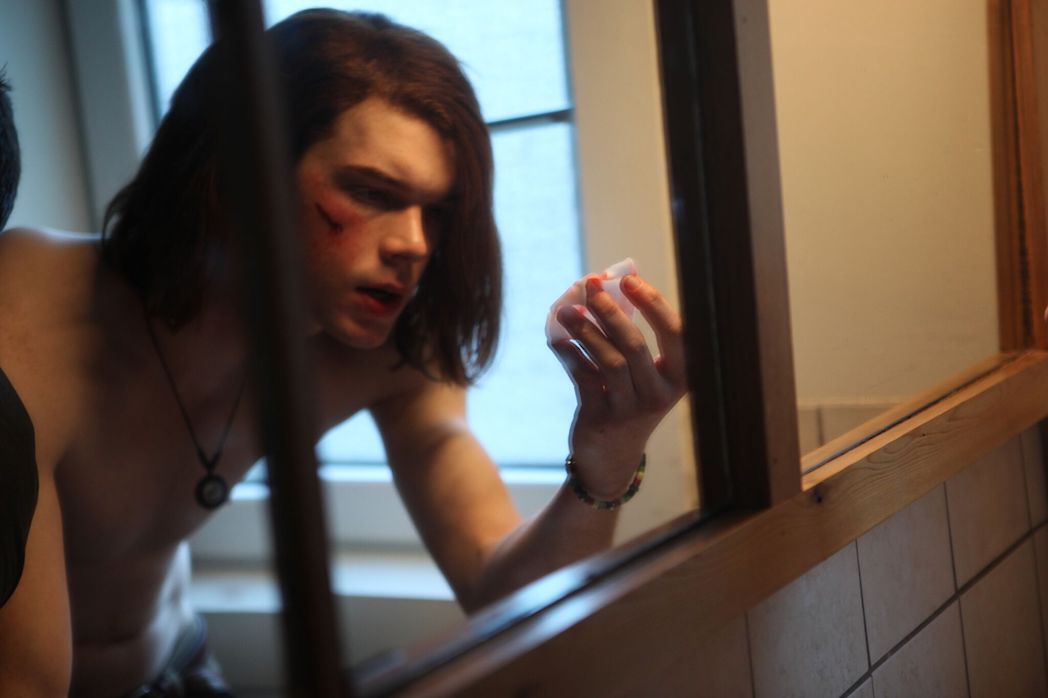 Premiering alongside the awards ceremony, (and the next day at the Vancouver Playhouse) came a truly spectacular film based off a book with a similar name. It’s not your average teen coming of age film like most VIFF showcases, because it takes things to an interesting new level. A new level in seeing the future. I admit, I can relate to this occasionally dreaming up the future myself (thankfully not all dreams come true in my case).

It starts out basic, and works its way up. Our star of the movie is Luke, played by Cameron Monaghan who takes a different than usual role compared to his characters in Gotham and Shameless. Everything’s pretty teen-like until Luke’s pot-induced prophecy becomes a reality. Nobody took Luke seriously when he said his best friend Stan (Alex MacNicoll) would get hit by a distracted driver, until the next day when it actually happened. Not wanting to be recognized for his power, Luke hides out as much as possible from a pesky reporter and when he predicts his neighbour’s death, he attempts to save him. Somehow he still fails. As the movie goes on, he skips school and avoids everybody as much as possible. But luckily things are on the verge of turning around for him. One night while attending a rock concert with his other buddy Fang (Grayson Gabriel), he takes advice from a truck driving dwarf, falls in love with Stan’s ex Faith (Peyton List), and struggles to get his strange power out of his head.

This was a movie that was funny, ominous, and thrilling all at the same time. The acting was genuinely done and well portrayed. Production was super fast getting the whole thing shot in less than a month which shows efficiency at its finest. The shots were incredible and perfectly lit ranging from bright wild colours to fair toned buildings and even mountainscapes. The story itself being based off the book was just as incredible as the story counterpart, seeing as it’s how the author wanted it to turn out. It’s not often a movie can catch you off guard and end in a powerful manner at the same time.