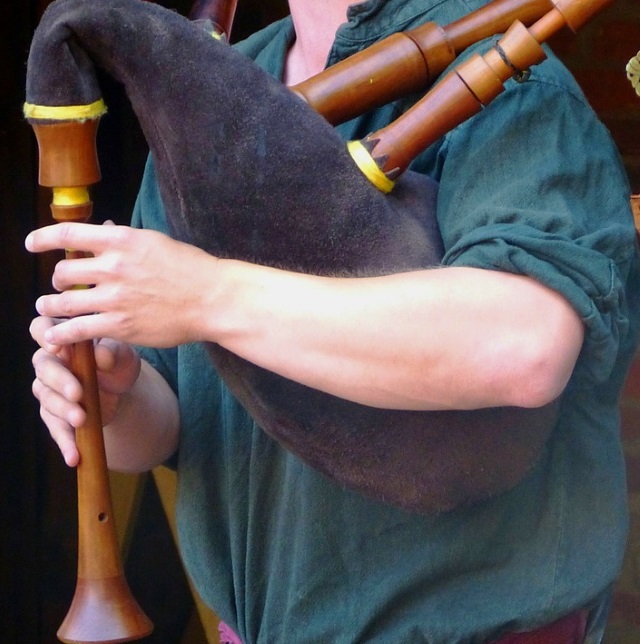 A comedy made in Alberta, this short features a guy (Jordan Bloemen) narrating the story of a family. We have a compassionate mother (Gloria Letwin), a creative father (Neil Waugh), their son (Alistair Waugh) who is a doctor, and HIM.

By him I mean the brother who is incapable of doing much at all. He tries to succeed at something but is afraid of failure. And fails. Or he simply lacks motivation and doesn’t get something done. Least I’m not the one in my family who’s like that.

But anyways, since his name is not HIM throughout the whole movie, we will refer to him as Colin (Colin Waugh). Colin wants to make a good memory for his father’s birthday so he can prove he’s a good son. And also because the other son has been called away on a medical emergency of some kind.

But what kind of memory can Colin make? He thinks back on his own birthday memories of his father playing the bagpipes. Of course, everyone else refers to the bagpipes as either instruments of torture or the worst sounding thing in the world. But Colin’s father (and mine) consider the bagpipes to be the most beautiful instruments known to mankind. So Colin decides to learn play the bagpipes for his Dad’s birthday.

Small bits of humour were a highlight throughout the film, but what really made it good was when this was revealed to be based on real events that took place in 2013, reenacted by the writer and director, Colin himself. Colin went through this one time in life when he couldn’t amount to anything, so he learned to impress his father by playing the bagpipes.

Aside from the story, the characters are impressive and the scene decor is beautifully set in an artistic way that shows how creatively a film based on actual events can be made into something memorable.

And Him was a 2015 winner in the NSI Online Short Film Festival.