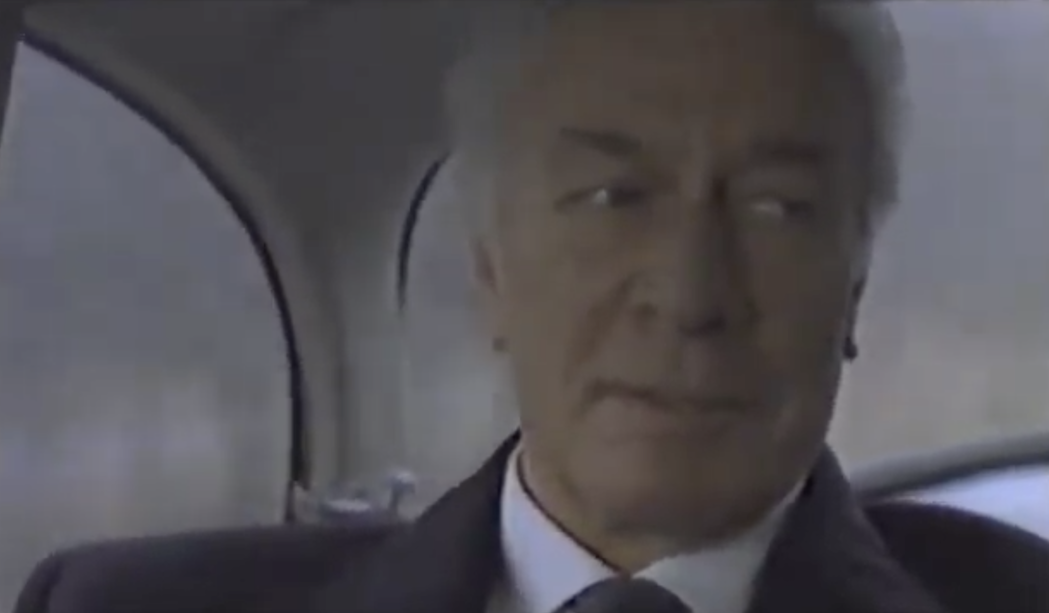 Few actors can boast flawless resumes. Since the turn of the century, even legends of the art like Robert De Niro and Al Pacino have produced some of the greatest stinkers of their careers, even featuring together in one of them, Righteous Kill. As bad as that collaborative effort was for them, it is nowhere near as inexplicable as Christopher Plummer’s participation in the sloppy B-movie that is 2002’s Agent of Influence.

I should have known what I was getting myself into when I tried looking up this made-for-TV film and could scarcely get info on its director Michel Poulette, never mind the film itself! Based on the revealing book of the same name by Ian Adams, Agent of Influence loosely details the treasonous accusations made against John Watkins (Plummer), a prolific Canadian diplomat who acted as Ambassador to the USSR during the Cold War. Watkins died during a prolonged interrogation in 1964, only to be eventually exonerated.

There is certainly political intrigue to this story, which is occasionally realised in the film’s 90-plus minute runtime, particularly in its latter half. The tensions between the US and Canadian officials is even palpable at times. However, aside from these minor glimmers of momentum, and of course the ever-impressive Plummer, this is where my praise ends for practically any other aspect of Agent of Influence’s production.

While the lighting is vastly overstated and the cinematography flat, the greatest offender here is the screenplay, which is co-written by Ian Adams himself. Examples of its distracting mediocrity are extensive, only to be exacerbated by Poulette’s stiff direction. There’s even a line where an RCMP officer questioning Watkins says “You sound bitter Mr. Watkins, if that’s your real name,” and while efforts are made to justify this archaic line, such a feat is impossible in the 21st century without any air of satire.

This is far from an isolated incident, as Poullete tries time and again to make the best of a bad screenplay, but succeeds only in muddying the waters even further with a tone that frequently feels unintentionally satirical, and not even laughably so, falling short of even “so bad, it’s good” status.

This is all without even mentioning the acting. The bewildering presence of an actor of Plummer’s calibre in this mess ironically highlights the shortcomings of its cast, who come off as amateur at best. It genuinely seems as though Poulette was more concerned with his odd use of slow motion than he ever was provoking consistent performances from his cast.

I know this is a made-for-TV production, which should have been enough to temper my expectations, but it is still baffling to think that a future Oscar-winning actor like Plummer, who I previously listed as my number 1 Canadian actor of all time, would even consider adding such a subpar production to his extensive filmography. If you’re looking to shed some light on a great injustice in the annals of Canadian history, stick to the book this time around.