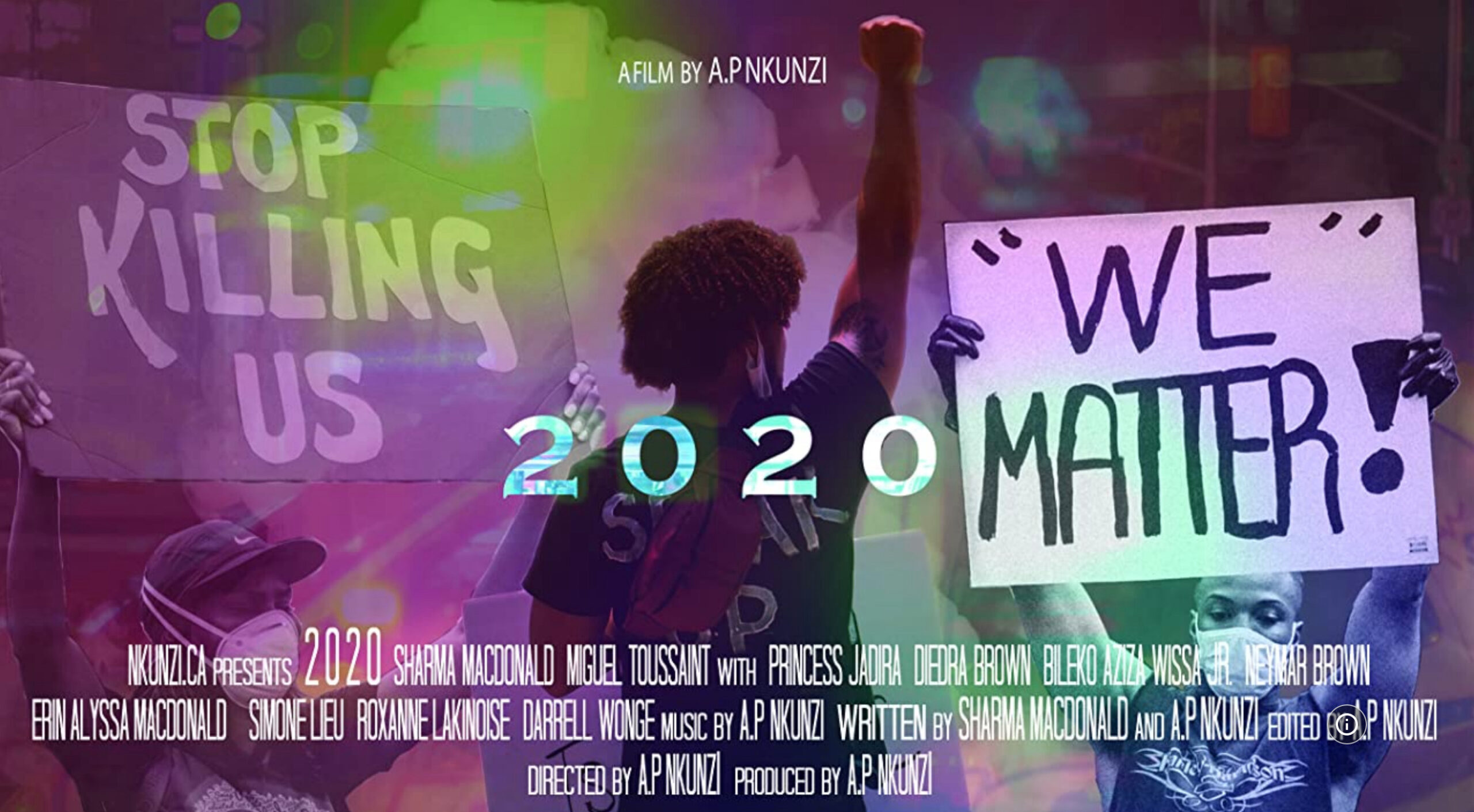 Ever since the pandemic has happened, it seems like almost everyone is thinking illogically. Despite the tighter restrictions, the death count only rises, and we all knew that something worse only happened later on. Many families are affected, and in this film we see one soul who is dealing with a lot of problems. That is none other than Sharma MacDonald, a mother and a psychologist. Sharma is feeling pretty upset about what’s going on, and as a black person, she experiences the even worse of 2020 when the police brutally attack poor George Floyd and implements the mighty movement Black Lives Matter. As things gets worse, Sharma expresses her feelings of sorrow and despair in narration and now wants to be hidden. It goes from sad to extremely frustrated and furious. We also see footage of black people going about their day-to-day life. Sharma’s husband (Miguel Toussaint) doing morning exercises, and two black little girls playing games. We also get footage of a black woman getting pulled over by the police, a phone call from a Ms. Karen White reporting Sharma’s husband running. What happens next is alarming. Police brutality is something I absolutely despise, and I certainly despise it even more when black people are involved and they didn’t even do anything wrong.

It’s a chilling artistic film with powerful visuals mixed with truly astounding sounds. The feelings are so intense, one can truly feel for what happens in the film, whether it’s real or not. The director A.P. Nkunzi really put a lot of effort into this film and it shows. He really knew what to do in making it stand out. I hope one day both of these pandemics can come to a halt, and people can be a lot more accepting and less suspecting. Nothing describes the year 2020 better than, well… the short film 2020. A great short film that has already won awards, received recognition, and told a tale is sure to have a great impact. Just keep spreading the word, people. The more everyone knows about what’s going wrong, the more likely we’ll have a brighter future.