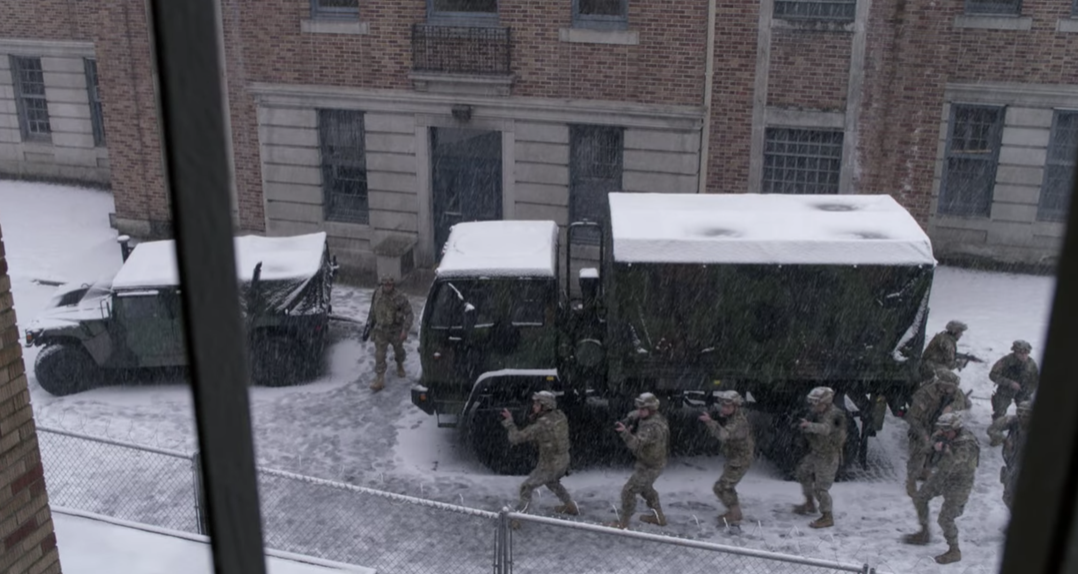 If my more cowardly turn as a fleeing subway janitor in an earlier episode of Supergirl’s third season had been difficult to spot, my new camouflage threads didn’t do my visibility any favours as I prepared to suit up again for the further adventures of the Girl of Steel in the Season 4 episode, Crime & Punishment.

I had long been familiar with Riverview Hospital’s reputation as a sort of haunted playground for Vancouver’s local film crews. Since closing its doors to mental health patients (who are apparently still waiting on those promised replacement beds), the complex has since stood in for prisons, hospitals, government buildings, schools, or whatever else the various films and shows shooting north of the 49th need it to be.

This latest instalment of Supergirl had settled upon a prison set for its filming day of Feb 22, 2019. It was not an easy set to access as even after a combined Skytrain/bus journey, I still had to hike a good half-mile or so before finally finding the Circus. Unlike the hundred-plus cattle calls I was accustomed to, this episode only required 10-12 background extras to perform as National Guardsmen, complete with camo and weapons.

After receiving some help in the dressing department (those bulletproof vests are tricky), it was over to hair and makeup where I ran into a friend of mine, Melissa Sahlstrom, a makeup artist who was there on a day call. Vancouver is a big town, but film is a small world. I had already gotten a haircut and shaved my beard just prior so as to appear as clean-cut as possible so hair was swift and mere touch ups were required for makeup before I was sent back to set.

Our shoot would be an outdoor one. Did I mention it was snowing that day? Certainly not in the script, but the demands of weekly television allow little in the way of weather delays, so barring a white-out blizzard, it was on with the show. 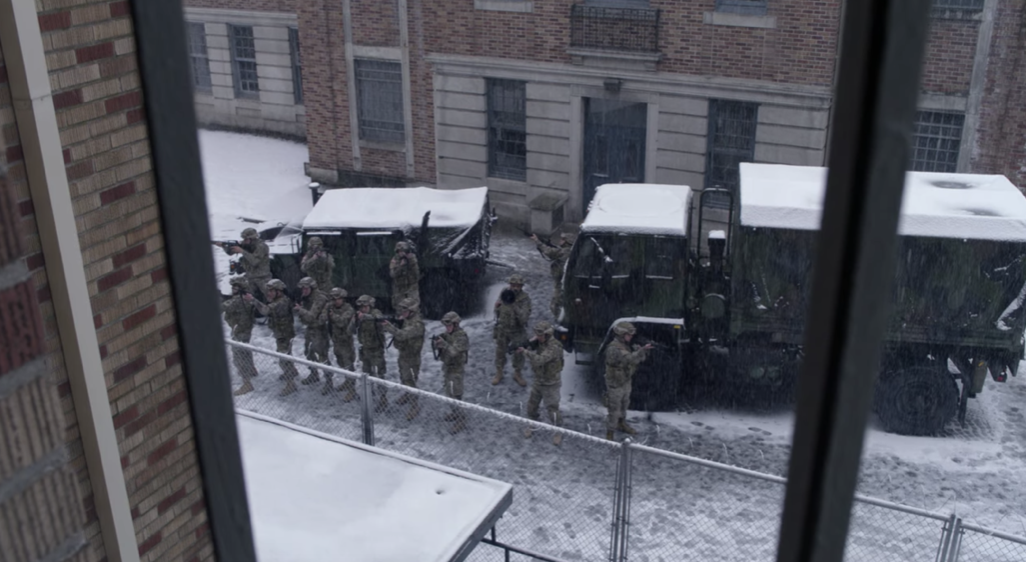 I’m sure one of those guys is me. I think…

Our scene was a simple one, disembark a troop transport and form a line with weapons raised at the third storey windows as our platoon leader (Donald Sales) bellowed for Supergirl to come out or we would open fire. Shooting this simple action took a tad longer than usual as the crew would have to brush the accumulating snow off of us after each take!

We lined up for a separate take of us simply pointing our weapons and darting our eyes to the supposed commotion taking place inside and….that was it. We were wrapped. Costumes were returned and I was able to bum a ride to the Skytrain from a fellow BG. At a mere 5 hours, my shortest day as a BG had concluded.

Not having watched the show regularly for over a year, I was of course puzzled as to why the National Guard would be hunting down National City’s resident superhero. I only learned upon watching the episode that Supergirl (Meliisa Benoist) had in fact been framed for a White house attack rendering her public enemy number one. She had come to Stryker’s Island to search the cell of framer Lex Luthor (Jon Cryer) before going toe-to-toe with Lex’s Kryptonite-powered henchman Otis Graves (Robert Baker). I unfortunately missed all this thrilling action as interiors would later be (or already had been) shot at one of Vancouver’s fine studios.

Crime & Punishment aired April 21, 2019, a slightly larger window between production and release than my previous episode had been given (only one month that time). While I recognized the scene I had shot (all 20 seconds of it), the costume department had so effectively blended us that I was unable to make a positive ID, although my girlfriend is positive she picked me out. See if you can spot me yourself in the above still.

My background work slowed to a trickle as COVID descended and my film editing and writing work took precedence. But before the world changed forever, I was able to pay a visit to the rebooted 5th dimension…

NEXT: I take a train to The Twilight Zone.