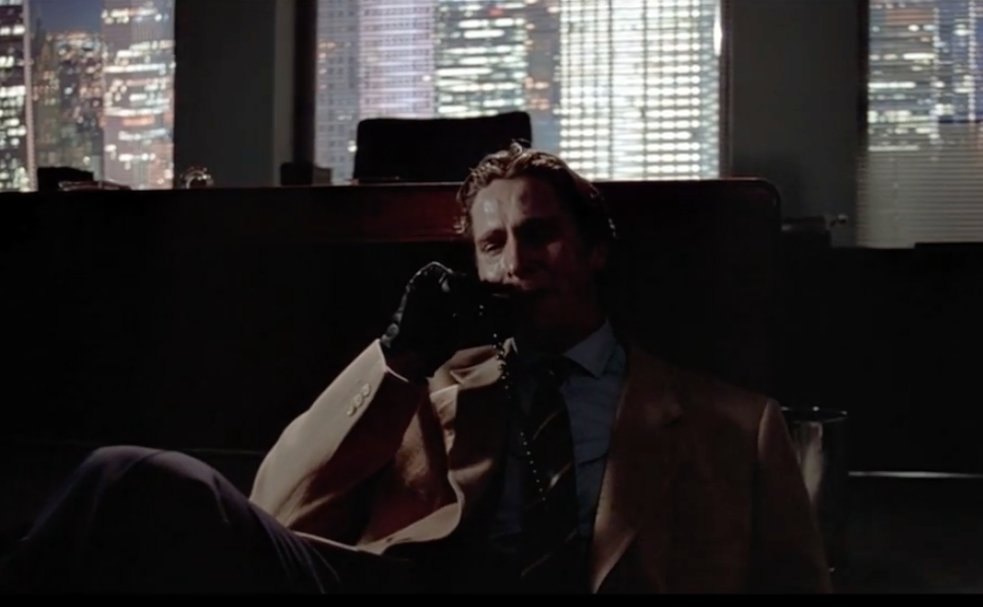 Just what is it that makes a cult classic, well…a cult classic? This might seem like an overly broad question with which to open, but bear with me. If one were to go by its standard definition, a cult film is “something…popular or fashionable among a particular group or section of society,” but I believe it goes much deeper than this. There is a special quality about a cult film that manages to capture collective imaginations while generating discussion, whether it be the inexplicably charming incompetence of Tommy Wiseau’s The Room, or the audiovisual extravaganza of quintessential cult classic The Rocky Horror Picture Show.

While I certainly cannot go into a broad discussion on the semantics of what constitutes a cult film, I can instead offer Mary Harron’s brilliant adaptation of satirical black comedy novel American Psycho as an example of such. However, do bear in mind that if you have not yet seen American Psycho, I highly recommend you do so before reading on, as there will be spoilers ahead, and I am sure the internet has ruined enough plotlines for you as it is.

To begin with, it is worth mentioning just how eerily fitting it is that American Psycho was released at the turn of the 21st century (in January, no less), given it delivers acerbic tongue-in-cheek commentary on the nature of materialism, an aspect of society that has only intensified in the years since its release, making the film all the more relevant in today’s obsessive consumer climate.

At the center of all this is part-time yuppie Wall Streeter and apparent full-time serial killer Patrick Bateman. Bateman is a narcissistic, self-absorbed, materialistic business executive who is much better at playing a part than actually truly fitting in with others, which perfectly captures the hollowness of such a merit-based existence. Christian Bale, who plays Bateman, is unnervingly electric in a truly star-turning performance of his early career, helping pave the way to becoming the household name he is today. It is one of those performances that is so risky, so out there and unpredictably magnetic, that not only is it impossible to picture any other actor in the role, but also what kind of a film it would have been without the actor’s elevating presence.

I say this without detracting from the film’s sharp script in any way, which is multifaceted, funny and observant, while doling out excess and subtly in equal parts. No line better exemplifies this than Bateman’s narration as we witness his cleansing routine: “There is an idea of Patrick Bateman. Some kind of extraction. But there is no real me. Only an entity; something illusory….I am simply not there. ”   The brilliance in this dialogue lies just not with its encapsulation of Bateman’s character and the larger culture of materialism, but also for its foreshadowing through double-meaning, a technique used also in Jordan Peele’s Oscar-winning screenplay for his 2016 horror masterpiece Get Out.

I am referring here to American Psycho’s third act revelations, where it is revealed that Bateman had never committed any of the brutal murders depicted in the film, turning out instead to be “illusory” fantasies created in the hopes of cathartically fulfilling himself as a person, leaving both Bateman and the audiences to debate what was real and what was in his own head. Or, maybe you disagree with my interpretation? Maybe I missed something. That is another wonderful aspect of American Psycho, and similar cult films, like David Lynch’s Erasurehead; they are both open to alternative interpretations, begging to be re-watched and re-evaluated by the loyal masses who contribute to these larger discussions.

From its fitting examination of the rise of materialism in the western world, to a provocative leading character played by one of the finest actors of his generation (supported by a star-studded cast), and a mind-bending plot-twist that demands multiple viewings, American Psycho’s lasting popularity is hardly surprising. It bears all the hallmarks of a cult classic, and I believe it should be considered as much of an embodiment of the term as The Rocky Horror Picture Show. Furthermore, in writing this I too have contributed in some little way to its cult status, so if you are a fan, do your part and leave a comment below.