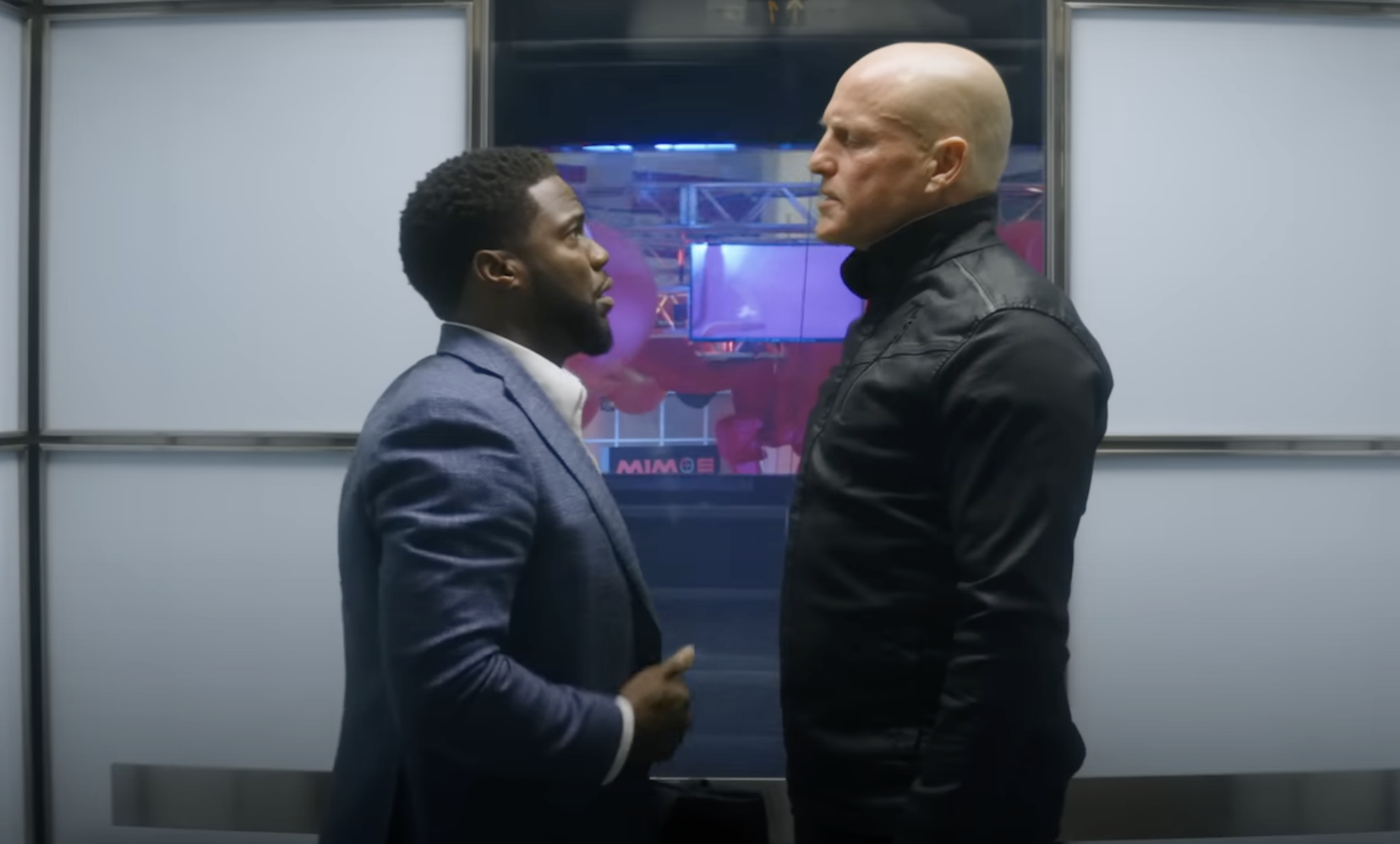 Literally two seconds in, with only the second uttered word, I knew the trailer for the upcoming action-comedy The Man from Toronto was going to be problematic.

This is because of how characters in the trailer incessantly pronounce titular city in a manner that would prick the ear of any Torontonian. You see, most people would likely pronounce it “Toron-toe”, but locals and indeed the greater Canadian population know it as “Toron-oh”. It’s not that either is incorrect, it’s just a dead giveaway as to whether or not someone is from Toronto, or indeed Canadian. I’m Irish and pronounce it as “Toron-toe”, but I have yet to be corrected by a single person in all my years of living in the city. However, when someone who claims to be from the city says “Toron-toe”, it’s a hard sell to any Canadian.

Enter, then, Woody Harrelson – who, I must preface, is a stellar actor – as the actual “Man from Toronto”, hitting that second “t” harder than any punch he lands after that. It’s like there was zero consideration for the Toronto dialect, and that all parties involved just assumed that because Canada is in North America its residents must surely sound American. There’s nothing wrong with an American actor playing a Canadian. Canadians play Americans all the time! Yet, they also make the effort to actually sound like them.

Admittedly, because the film has yet to release, it initially appears as though there is room to argue that it could be a codename of some sort or an arbitrary nickname and he isn’t really from Toronto, or even Canadian. But upon closer inspection of the trailer, you can see some shots are clearly filmed on a section of Toronto’s Lake Shore Boulevard that runs under the Gardiner Expressway. He might not talk like a Canadian goose, but he at least walks like one, which I believe is enough to debunk the idea of Harrelson’s character being from anywhere other than Toronto. If they use a throw-away line to explain that he was raised in the US or something like that, then it’s lazy writing for a detail that is quite literally in the title.

There is, in fact, a goon in the trailer who actually says Toronto like a local, as he mistakenly introduces Kevin Hart’s character as the titular assassin, but something tells me he’s not going to stick around to correct the right people on their pronunciation. Yet, this creates another issue in and of itself, because if you know how locals say Toronto, then wouldn’t you be the least bit suspicious that the assassin, whose name literally suggests he’s from Toronto, doesn’t even say it correctly?

Or, perhaps I’m reading too much into a film that looks like more of the action-comedy farce that Kevin Hart has been shilling over the years, mostly with Dwayne “The Rock” Johnson. When a trailer concludes with Hart screaming, “Oww! You shot me in the ass!”, only for Harrelson to quip, “Your ass got in my way”, it’s less of a call for Oscar consideration and more of an early front-runner for Worst Original Screenplay at the Razzies.