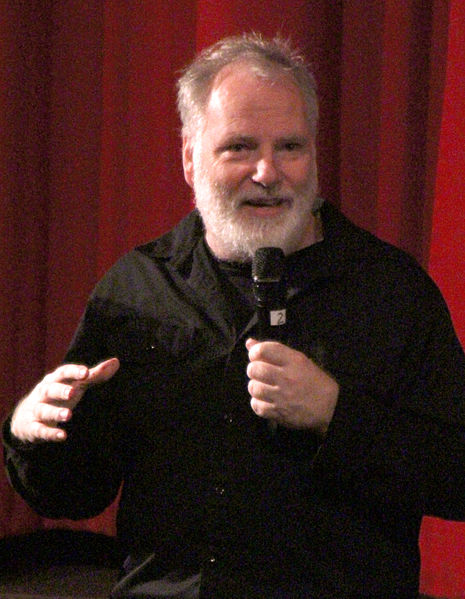 Guy Maddin is nothing if not an intriguing filmmaker. Hate him or love him, he is an auteur with an undeniable flare for visual storytelling, and his 2000 short film The Heart of the World shows the true extent of his abilities without having to utter a word.

Made for the Toronto International Film Festival, Madden’s intention when writing, filming and editing this 6 minute short was to fit in enough narrative for a feature length film, and amazingly Madden succeeds with flying colours (in spite of it lacking any colour to begin with).

The basic plot opens to two brothers, Osip and Nikolai, who are competing for the love of the same woman, a state scientist and the story’s heroine, Anna. Meanwhile, Anna studies the beating heart at the centre of the earth and discovers that it is dying, announcing to the world that there is only one day left to live.

I have given shorter synopses of films that are 15 times the length of Maddin’s short, which already supports his intention for a feature length narrative, but this only begs the question: how does he fit is all in?

The director’s main method is to use a breakneck editing style, which I believe averages at about 2 shots per second, a technique that is not untypical of the silent era he reveres and mimics to great lengths.

Of course, this editing style would amount to very little if the accompanying images were not used effectively…but thankfully this is Guy Maddin we are talking about, a man who relies on the techniques of an era where the very lack of sound had to be compensated by strong imagery.

With this in mind, it is truly incredible just how much narrative Maddin coherently fits into this short film, as well as all the thematic subtext that goes with it. The filmmaker’s inherent surrealist style presents us with narrative and imagery that on the surface seems far-fetched, but is actually rich in metaphors that are not beyond the average viewer in some obnoxiously obtuse way. And in this sense, there is so much more to Maddin’s short film; narrative within narrative.

Even putting aside his references to other famed silent era films such Un Chien Andalou, Nosferatu, and (arguably) Metropolis, Maddin still fits in everything from morality and existentialism, to sexuality and a critique on the greed of the industrial complex. Suffice to say there is a lot going on here, bolstered by fleeting imagery that manages to linger in the mind well after the credits roll.

Usually when I write about Guy Maddin, I offer up my praise and then give some kind of a disclaimer to say that his work is challenging, and would not be to everyone’s taste. The Heart of the World is another work that I know, and I am sure Maddin knows, is not going to appeal to the masses, but don’t get me wrong. I myself am far more partial to modern cinema than to the cinema of old, but it is only a six minute short that I personally recommend watching, not least because it has so much to offer any passionate cinephile like myself. Plus, you’d never know, it could be your gateway drug into arguably Canada’s foremost auteur, Guy Maddin.