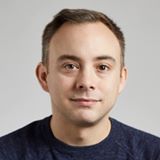 The ideals which have lighted my way, and time after time have given me new courage to face life cheerfully, have been Kindness, Beauty, and Truth. The trite subjects of human efforts, possessions, outward success, luxury have always seemed to me contemptible.

Travelling to another country to make a film can be an enriching experience. The culture, the customs, the language barrier can be quite an experience. Add to that, the time constraints and the necessity to finish editing it before you leave. Now imagine that you have just under three weeks to create a finished and polished production and you’ve just graduated from film school.

Robert Duhaime is one brave soul for taking up the challenge in travelling to Lanzhou, China to make his ten minute documentary entitled, Truth Kindness Beauty. Never heard of Lanzhou? To give you some perspective, it’s China’s 43rd largest city with a population of four million. China is also home to the world’s largest bullet train.

“How does a student fresh out of film school decide to go to a foreign country to make a film?”

“The opportunity came to me and eight other film students through a posting at Capilano University. It is called the Looking China Program and is intended to promote Chinese culture. The requirement was that you had to be a recent graduate of film school. Three of us from the school were accepted into the program as well as five US film students and one student from Langara College.”

Robert was informed two months prior to leaving that he’d been accepted into the program. He was paired up with a producer Jin Yuqiao three weeks before leaving and presented with a list of topics to choose from in which to make his ten minute documentary. The students also had the choice to create their own original piece but it was more convenient to choose one from the list provided.

“What was the subject you chose for your documentary and how did you prepare before going?”

“I chose to cover the Duzhe magazine. It is China’s second largest magazine in circulation and promotes positive propaganda. It is comparable to our Readers Digest. I had been in communication with my producer Jin Yuqiao to work out the details with shooting days, locations and how I’d like to tell the story. She would then organize everything before I arrived.”

I had the distinct pleasure of viewing Roberts documentary. The images are incredible and the story very compelling. The film gives great insight into China’s culture and the popularity of the stories contained within the Duzhe magazine. The interviews are spoken in Mandarin but there are translations throughout. I was captivated by the polished look and the overall production. I was also surprised by the musical score. Robert had found a couple Canadian Indy bands willing to contribute some tracks. I found the music works well with the theme of the film. Considering the time constraints and language barriers to overcome, it’s an impressive ten minute production.

“What were some of the difficulties in filming in a foreign country and can you explain what your experience was like?”

“I was very fortunate to have a producer that had recently returned from spending a year in Tennessee. Her English was pretty good. After each day of filming, we’d upload our footage onto Avid or Premiere. Paul Armstrong had come along as an executive producer/supervisor and would look through our footage at the end of each day. He had pushed me to shoot some footage inside the printing factory. It turned out to be some of the best footage in the film and he really helped us to push the envelope and take advantage of our opportunity to shoot there. The publication is in Mandarin so I had to rely on photos and my translator to explain the contents. The transit system is very efficient and the buses are equipped with TV’s and wifi. One day though, I decided to hire a driver and spent most of it stuck in traffic. Everyone pays with their cell phones and the city was very modern.”

The Duzhe was created in the 80’s as a way to create positive propaganda. Jin is responsible for crafting it, planning it, dealing with all the meetings and basically  shaping the entire magazine. Her job is to create content that meets approval with the government as well as pleasing its readers. It’s an interesting position to be in.

Robert shot the documentary in June and it screened at the Vancouver Chinese Film Festival on July 15. The finished films stayed in Lanzhou but the footage remained with the individuals. Robert Duhaime plans to enter his film into the festivals. He tells me the experience was a great way to stretch themselves as new filmmakers by taking on the challenge of working in a foreign country under a compressed schedule.

It was a pleasure speaking to Robert Duhaime and I wish him the very best in getting as much exposure with his film Truth Kindness Beauty.