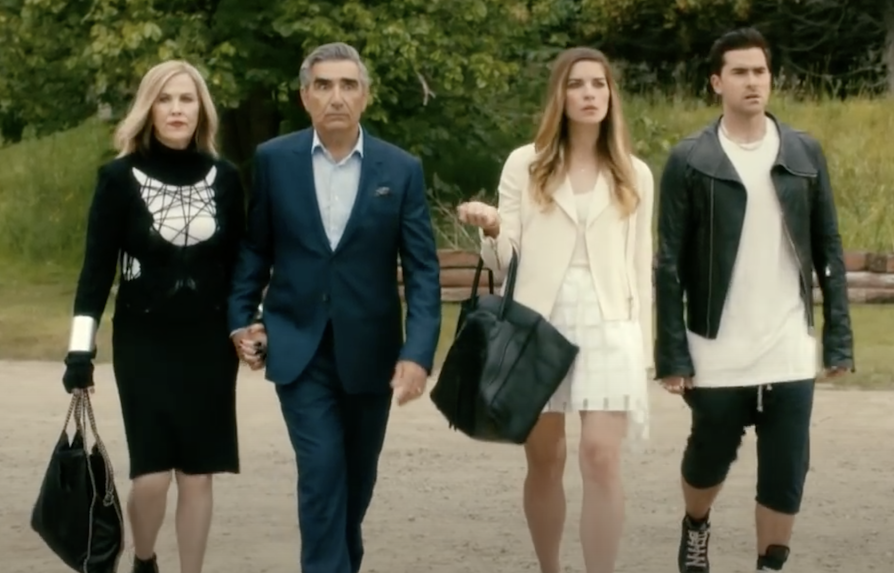 If its playful title is anything to go by, then the uninitiated can be forgiven for assuming that the hit CBC TV show Schitt’s Creek, which has been recently nominated in a slew of Emmy Awards categories, is an adult sitcom that embraces a profound sense of irreverence. Yet, such an assumption would be a glaring misrepresentation of this masterclass in situational comedy, and part of it boils down to its restrained use of swearing.

I first started watching Schitt’s Creek shortly prior to the release of its widely acclaimed final season, but to be honest, upon finishing its first season I was not sure if I was sold on the setup. I sensed something of an identity crisis, as I understood the where and the when, but I felt Dan and Eugene Levy struggled with the why. The sparse use of F-bombs, Schitts and shits only added to my initial disconnect from the show. I nonetheless assured myself that if Parks and Recreation can go from a wildly underwhelming first season to becoming of the finest comedy shows of the 21st century, then anything in TV land is possible.

It turns out the hype is to be believed, as Schitt’s Creek develops into one of the best character studies in the last decade of comedy television. But unlike Parks and Recreation, whose first season is objectively subpar, the debut of Schitt’s Creek, in hindsight, fits neatly as a part of the greater whole.

Sure, the Levy’s had a few kinks to iron out before realising the show’s full potential, but it is handled with a natural finesse that never comes off as contrived. And throughout its run swearing has been handled in much the same manner, I just failed to see it in its early days because I am so accustomed to shows committing to swearing one way or another, no half-measures.

To describe Schitt’s Creek’s use of swearing as half-measured would be a huge disservice to its writing, however. As wonderfully caricatured as the characters can be, the writers also understand that balancing their outlandishness with understated, warm-hearted interactions and relatable scenarios unearth their most human qualities, whether it be their underlying insecurities or bouts of selfishness that make them imperfect but still endearingly likeable.

The show’s intriguing use of swearing feeds into this, as you can go consecutive episodes without a single swear word being dropped, only to be caught hilariously off guard when one of the characters dropped an emphatic “Fuck!” The selective use of these English tenses made them funnier, yes, but they also made the characters more human. These are not foul-mouthed media moguls who can barely go a sentence without saying something abhorrent to those closest to them (though Succession is also one of the best shows on TV right now for this very reason), but rather good natured people who care about one another…and need to vent every once in a while.

To that, I am sure, we can all relate.