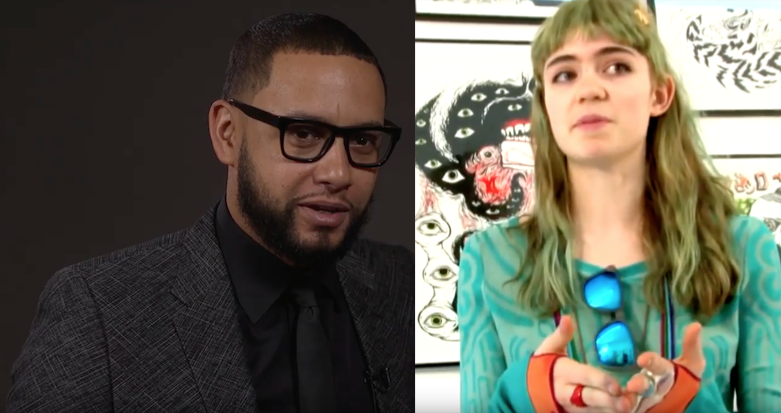 While it can be easy to forget at times, the music video is an art form in itself. The creative influence behind the camera should never be underestimated, as a great video can sometimes make or break a single’s success. Canada is not without its own influential talents, so here are my two personal favourite music video directors working in the industry today.

To say that Toronto music video director is one of the most sought after in the business would more than a mild understatement. A veteran of the industry, Director X made a name for himself directing for artists such as Redman, Jay-Z and Sean Paul, while more recently he has worked with the likes of Kendrick Lamar, Little Mix, and his current number one client, Drake. Odds are, you’ve seen one of his music videos and didn’t even know it!

Director X has that rare knack for matching the tempo of his videos to that of their respective songs. Take Drake’s “Hotline Bling,” for example. As far as hip-hop music videos go, “Hotline Bling” is slow-burning, meditative, and all-around less frantic in its editing, especially from someone who is not your typical hip-hop musician. There is a reason why this video has over a billion views (1.3, to be more exact), as Director X’s use of intricate sets and bold colours immediately draw the eye, while it still features the obligatory miscellaneous dancing females.

However, it is Drake’s ‘moves’ in the video that prove most entertaining, and it is hard to imagine Director X didn’t have a part to play in developing a dance style that was deliberately intended as a meme magnet, which in itself is a genius plan of self-promotion for Drake.

In an age where music videos seem to be less and less complementary of the single it accompanies (whether in subject matter or visual tempo), Director X is always stays faithful to the music he is trying to bring to life visually. If you doubt me, just compare the differences in style and tempo between “Hotline Bling” and “Work.”

First off, I must confess I am a little biased here. Grimes (AKA Claire Boucher) is one of my favourite artists working in music today, as I believe she is pushing the overlapping boundaries of pop and electronic music (or, pop-tronic, if you will). However, Grimes is also a talented visual artist, having designed the art for each of her albums, but more significantly, she directs her own music videos.

Grimes’ direction, like her music, is eclectic and infused with hidden meaning that does not always readily reveal itself. One needs to look no further than her music video for “Genesis,” which features one of the actresses clad in a sheening metal outfit, at different points appearing at a beach, the desert, and then what looks like the palm trees of Hollywood, while sometimes even wielding a sword. Boucher herself, in varying cuts, has a live snake, a flaming sword, or even a medieval flail! I still fail to make sense of all of this, but like any great David Lynch film, I feel like there is grander artistic merit at play, so I keep coming back hoping to one day figure it out for myself.

Boucher also possesses a clear-cut knowledge of cinema, using well established aspects of filmmaking styles of old and new to create something all of her own, from her depiction of the objectified male body in “Oblivion,” to the use of Italian scenery in “Butterfly,” which is complimented by retro text in the credits typically used in classic cinema (Italian and otherwise). “Oblivion” has added significance when considering the fact that both the song and music videos are intended to convey the fear of men Boucher had after being assaulted, something that cannot be overlooked given the shocking revelations in the film industry these past few months.

Further proving her grasp on visual style, Grimes produced a number of music videos for several non-single tracks from her latest album, Art Angels, using similar shots of her singing and dancing along while in different international locations for each video. Whilst not reaching the artistic peaks of her work in “Oblivion” or “Genesis,” it is nonetheless great to see that Grimes possesses as much artistic intent for her visuals as she does her music. What a talent!

Who are your favourite Canadian music video directors? Feel free to comment below.