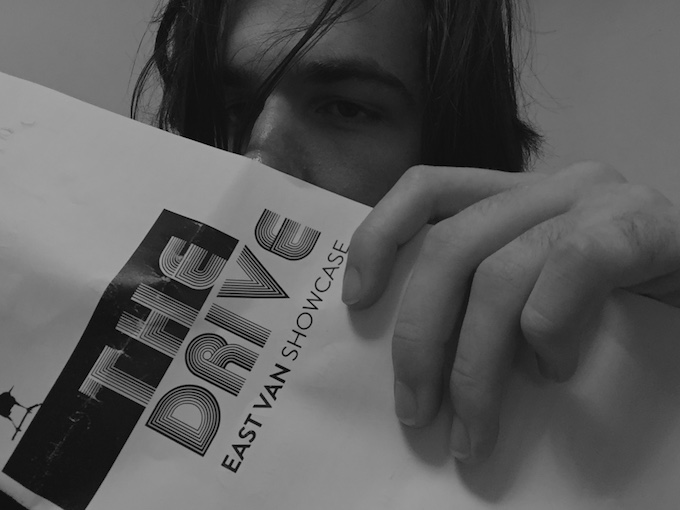 What to say, what to say? I’ve been covering these events for what it seems like since the beginning of my writing days. It’s the same thing every time. Get a ticket, stand in line, present it, get your wrist stamped, show your ID (if your hairstyle makes you look younger), and wait for the stuff to start because it has a delay sometimes. They’ve always got some host that tries their best to rile up the audience because it’s all about excitement, usually. Like all events, this one started out with a congested lobby as everybody ordered liquor, and stumbled into their seats later on after constant mingling. But the vibe was still good no matter what. The crowd’s majority missed out on the pre-show consisting of short films from other countries.

The Wind – A young Iranian woman has moved to New York and is coping with the new transition. A smooth gentle start but so miserable at the same time.

Glimmers – a quiet shy girl goes to a party, and her thoughts are narrated out loud. I don’t know if the crazy visuals mixed too much with the smoothness of the voice though.

The Greatest Evil – Of course it has to be about politics. One campaign staffer discovers the candidate she works for happens to be a corrupt person. Already this reminds me of Clinton and Trump. Why can’t the majority of the U.S. see what mess they’ve gotten themselves into? (Huh boy, I could get killed for writing that…)

All I do is think of you – It’s a music video, except it’s not to that 70s song by The Jackson 5 because that would be weird. Glorious dancing while the singer describes what her crush is like. Not a whole lot to say though.

The Journey – What did one astronaut say to the other? Nothing, they exchanged a photo. I know that’s not funny, but it’s not supposed to be. Two astronauts are left floating through space and they have to find their way home somehow. This one relies on graphics from NASA more than it does a plot because seeing two astronauts drift in space isn’t very fun. Oh, erm, uh…

And that was the pre-show. Starting right after, Sebastien Archibald came up to host the show, and out of all hosts I’ve seen, he seems to be the most relaxed and laid back, being perfectly okay with cheers not being too loud. Never judge a person by the picture they’re featured on the Facebook event page, I suppose. Mr. Archibald did a spectacular job of hosting, and after his intro, the directors were showcased with 20 seconds of them talking about their films, then the short films finally began.

Bestia – When a man in fur garments finds himself washed up on a beach, he heads out to live off the land. Danger is lurking everywhere, and he must be careful where he goes. Very gruesome and freakish. But if you’ve seen Luchagore Productions, you know what they’re like. It’s hard to get a cringe face out of someone like me.

Violet & June – Violet and June are best friends, until one day Violet feels these feelings of falling in love with her best friend, which she would do if June didn’t have a boyfriend. A funny and cute story.

The Promise – We have two men dancing in a field in their underwear, then it transitions to a soundstage. I’ve been getting into artistic films a lot more lately and embracing certain elements so I won’t bash this one like I do to French Canadian short films.

Baseball Dad – Happy Father’s Day, no wait. That got gruesome fast. A father and son try to play baseball in the backyard together. That one seemed kinda sad actually. Now I know why nobody in my family didn’t care much for sports.

I love you so much it’s killing them – Opinions mentioned here.

At this point, came an intermission for about 15 minutes. More congestion in the lobby with some headache inducing chatter. It’s always chaotic at the East Van Showcase. I don’t have much to say except I downed a beer, snorted something, then returned to my seat. Continuing on with the show…

Once again, some directors talking 20 seconds while looking at a camera. Always nice.

The Writer – This one was worked on by somebody I actually know. It’s a story about a writer who writes his love story in script form and relives it at the same time. Very passionate and beautiful. Touching.

Akashi – A Japanese citizen returns home from Vancouver to attend her grandmother’s funeral. Very dark, but heartwarming feels within. A passion story and even with a little bit of humour to lighten the mood.

The Game – Two sports fans are griping about a game gone horribly wrong the night before. Oh wait, they’re not sports fans. It’s all chaotic unbalanced unnecessary humour in this one. I think this short is also one of the reasons I’ve never cared much for board games.

Last night – A short film that takes place in East Van? Gasp! But that barely shows up in any of these events anymore. Yeah, it’s true. East Van expanded seeing as there’s not a lot of films produced from there. I should know. A young woman named Sarah is awakened by her best friend who seems to have gotten lost somewhere in East Van and things aren’t going well. A very strange but beautifully made film.

And that’s about it. Next came the awards as these productions got pretty competitive. The best film (and the film that I’m pretty sure everyone was talking about) was of course, the film I already talked about. Hey, they deserved it. Over a year later, and it’s still as amazing as ever. Congratulations to Joel Ashton McCarthy for his amazing piece of work (the funny thing is I saw him on the street last week). Of course the great thing about this event is there was quite a mix that brought lots of excitement.