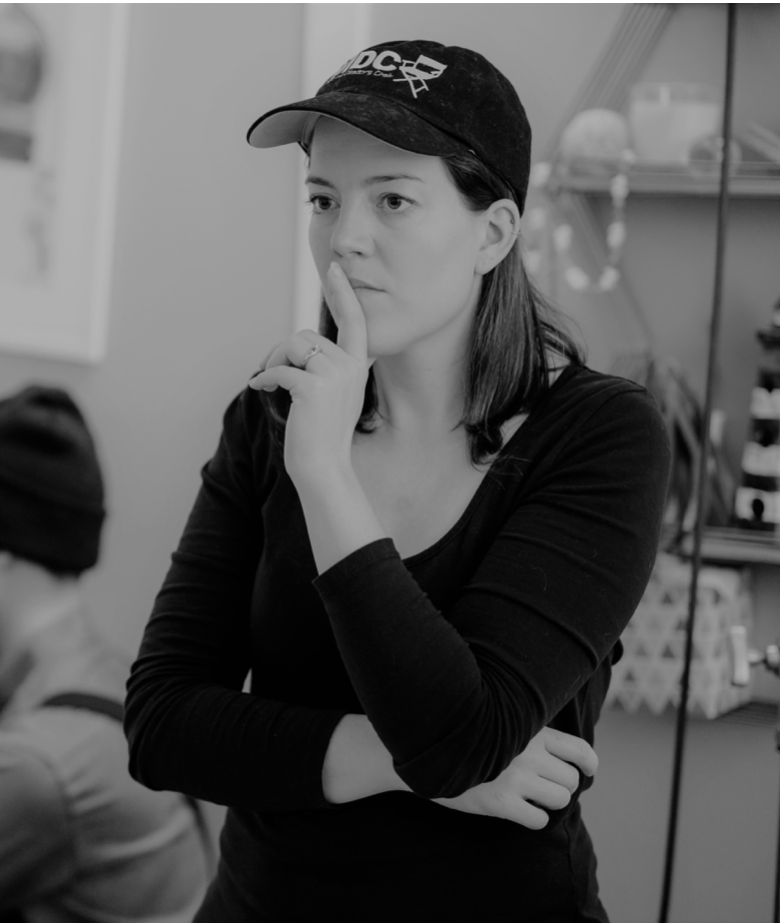 The right to die with dignity has re-surfaced in the news lately with Canada’s assisted suicide Bill C-14 set to undergo amendments after a public consultation period. This has effectively re-ignited the conversation around death and how it affects those it leaves behind.

All this finds writer/director Meeshelle Neal’s film Sweet Release rather timely as it makes its hometown debut at the Vancouver Short film Festival (VSFF) this weekend. The story unfolds on couple Traci (Elizaveta Neretin) and Carra (Taylor Hastings), the latter of whom is suffering from a seemingly terminal respiratory illness. When Traci’s stubborn refusal to allow her partner to peacefully pass on has unintended and widespread consequences, she must grapple with whether preservation of life at any cost is truly worth the price.

I recently spoke with Meeshelle about her career, Sweet Release and how one influences the other.

So I basically made a film where someone is being kept alive against their will. It’s led to be about the world even though I kept it small and contained by focusing on this one relationship.

What was your process for writing the screenplay?

I do this a lot where I take a truth in my life and then I’ll fictionalize it. I’ll take a state of truth, either a feeling or an experience and I’ll make it its own thing.

I used to be a screener for a festival and I’ve seen a lot of short films. I really wanted to honour the short film genre as its own thing. So I tried to make the short film as its own standalone piece but it is connected to the feature. This one in particular, I also have a feature film attached. In the feature I go into how and why there’s no death in the world.

I was going to ask if you intended to expand the subject matter into a feature.

(Laughs) Yeah, this actually started out as a concept short, but I made it its own standalone piece because I just really loved the story that came out.  I can’t remember, I may have written the feature first and then the short. But similar to how I wouldn’t try to cram a novel into a short story or expand a short story into a novel, that’s how I feel about shorts and features. They’re very different. I had cast Taylor (Hastings) and she also was producing. She and I had worked well together on previous projects. I always really saw her as (being Carra) in the film.
We sent out a casting notice and got a lot of self-tapes for the role of Traci. We had just recently met Elizaveta (Neretin) at a VIFF event and the minute her self-tape started, we knew that we had found our Traci.
Also, I had originally written the doctor role as a male nurse and then Sharmaine (Yeoh) sent in a self-tape for Traci, but she was perfect for this nurse role so I changed the part completely.

How did your previous acting experience inform your directing?

I’m definitely an actors director. I think part of my role as director is to create an environment where actors feel safe and where they feel they can play and really invest in their character. I don’t think I would have that perspective if I didn’t personally come from that background.

I guess I just love the exploration process with the actors, especially because independent films can take their time sometimes to have rehearsals and just really explore with the actors.

Did the film substantially change in the edit from the original screenplay?

Sweet Release was the first time that I directed something I’d written. In the past, I’d directed scripts that other people wrote or I handed off my writing for other people to direct.

What I found was, it was easier to kill my darlings when I directed my own writing. It was easier to deal with what came up on the day and just re-write in the moment because I was the writer and I knew I was okay with that happening.

Once we got to the editing process, it was really great because I’d worked with my editor Aerlan Barrett

before as well. I knew that I could trust him to find moments and to do his one pass without me. What I like to do is hand off the material to the editor and see what they bring to it because they weren’t there on the day. They don’t have all the baggage and this allows me the time to step away.

Did it change a lot in the edit? In some ways, yes. But in most ways it still captured the essence and feeling of what I was going for. A lot of the shots that I got were very intentional and they kind of let the editor know what I was going for. It changed less than I expected I would say. With all my work, I definitely want people to feel something first and foremost. If they can experience empathy and maybe see parts of themselves reflected back, that would be fantastic. Especially people who maybe have dealt with caring for a loved one or been a sick person being cared for.

I want people to see the love between the leads and I want them to feel that loss as well.