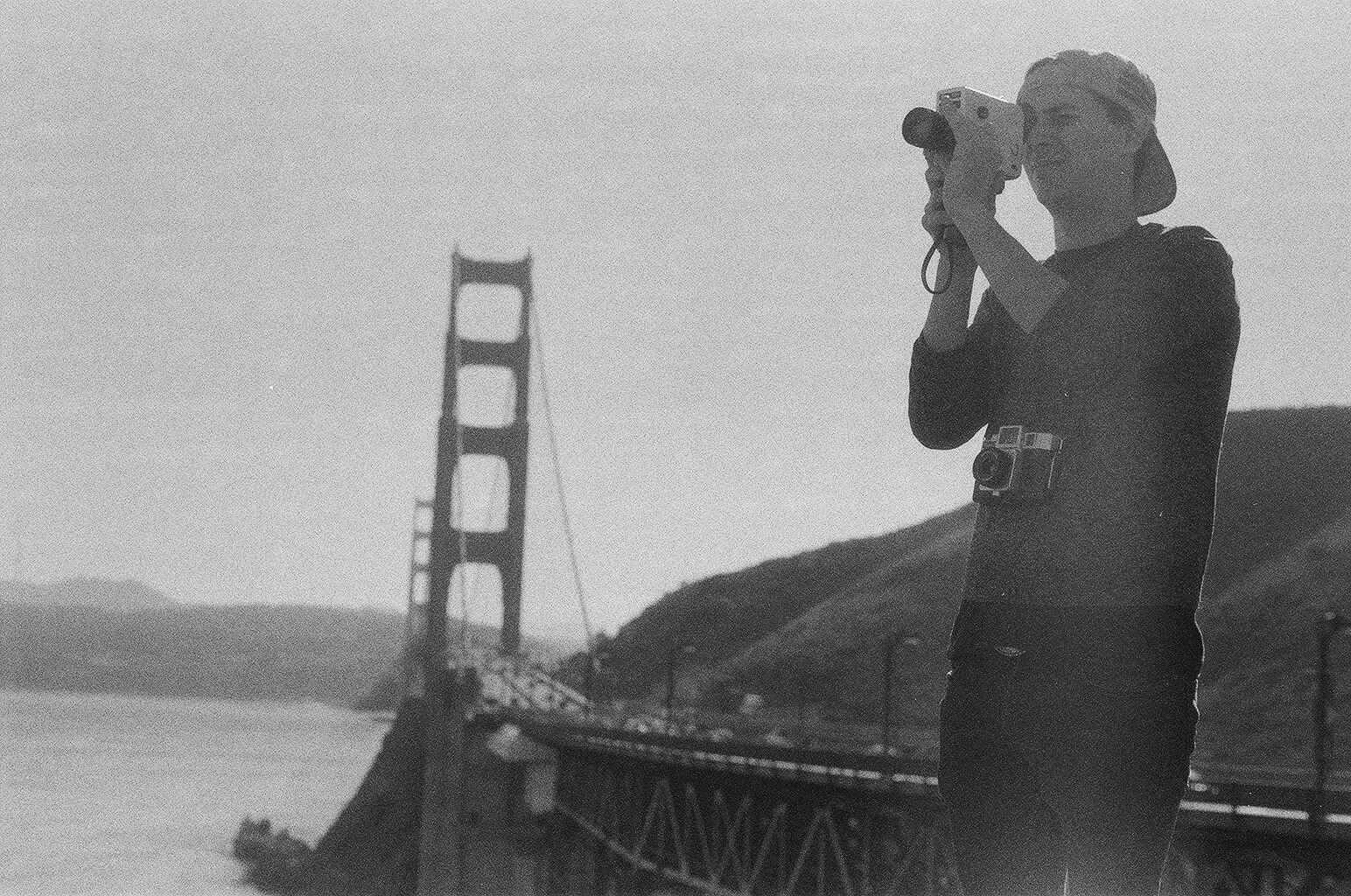 Ever since The Blair Witch Project took the world by storm back in 1999, the found footage genre has rarely used to explore anything deeper than the odd jump scare. So color me interested when I discovered what could rightly be called a genuine real-life found footage effort in this year’s VIFF program, DANNY.

Filmed across multiple old-school camcorder tapes in 1993-94, the film concerns one Danny Ryder who has decided to record his rather alienated existence as he grapples will his upbringing, life choices and the odds of surviving his leukemia diagnosis. It’s a truly fascinating lo-fi portrait of one man’s life in a Vancouver long gone by. I recently had the pleasure of discussing this work with the subject’s nephew; Winnipeg-based experimental filmmaker Aaron Zeghers on how this footage was resurrected and given new life.

Three years ago, my grandfather who passed away earlier this year, handed me a plastic shopping bag with 14 VHS-C tapes and said “Danny was making a film when he died and I want you to have these.” My grandfather knew I was a filmmaker and his son was making, as he puts it in the film a “last will and testament.”

I don’t think a lot of people in our family knew they (the tapes) really existed although some people knew he was filming himself as he was dealing with having leukemia. So I watched them and I was totally stunned. There’s such personal things about someone that I knew, but only vaguely because he passed away in 1994 when I was about 8.

I didn’t really know what to do with the footage and it felt too personal, you know? He’s talking about my grandparents and my family on some of those tapes. It wasn’t until I was in Vancouver for DOXA actually where I was talking to Lewis who I’d met at another film festival in Montreal. He expressed interest in the tapes and I knew Lewis was competent as a filmmaker and just being from Vancouver, it was a good fit. So I passed the footage along to him and he’s the guy that made that first initial edit happen because it was just too personal for me to make sense out of it.

How much footage was there to go through?

Like I said, there’s 14 tapes, so roughly 14 hours. But maybe a little bit less because some of the tapes were partial tapes so let’s say 10 hours of footage that Danny shot altogether.

Was there ever any talk of adding contextual narration/onscreen text to the doc?

We played around a lot. There’s a lot of ideas you know and that’s one of the reasons that Lewis’ hand in this is so important. First of all, “Can I use this footage?” was the first question.  Even though it’s of my relative and I can get permission from my family to use this footage, ethically can I use this footage? It was an ethical dilemma and maybe still is in a way. You can’t ask a dead man for permission. I don’t know for certain that Danny would be alright with me using this footage. So that was the initial kinda hurdle to overcome.

In terms of adding my own didactic narration, we thought about that. I could’ve easily made the film that most people would’ve made where it’s like *dramatic voice* “In 1994, my Uncle Danny got leukemia….”, you know? But the more that we sat and worked with the footage, the more that we realized that we really wanted it to be his voice and to not bring outside stuff in. Even the soundtrack, like all the music in the film was from the tapes. The only thing we added was the title.

Looking back on it, maybe it would’ve been better if I’d added a title at the beginning that gave you the context or the backstory. But at the end of the day we just decided that we didn’t want to adulterate his footage with anything else. We just wanted it to be this footage from these tapes. You can easily get the backstory from the synopsis of the film (from the festival program). I think generally in cinema, we hand people all these narratives, we force-feed them these narratives and I just wanted to create something that was true to the original creator which was my Uncle and that’s important to me. But also something that has more layers and subtext than most films that we see.

Watching this film as an audience is like discovering the tapes yourself in a way. As you can tell in the film, he kinda ran away from his family. He was a sailor, he travelled on his catamaran that he designed himself. He wasn’t around in Manitoba a bunch, you know? I do have memories of him visiting. In fact, I have some really great footage that he shot of me when I was probably….5 maybe, of him showing me how a walkman works and listening to his music and that’s a big thing of how I remember him.

We had an interesting connection for someone who was 8 or younger. I think that’s part of why I personally can empathize…as much as Danny isn’t the most reliable narrator at points, I get someone who grew up in small town Manitoba, I can certainly empathize with what he’s talking about. Like this disconnect from traditional masculinity. This kind of disconnect from a lot of the people he grew up with or the societal norms that he grew up around.

Long story short, I didn’t know him well while he was alive, but a lot of people in our family didn’t at that point because he wanted to get away from his family. He was a lone wolf as you can tell from the film.

What do you hope audiences take away from this doc?

The primary thing that I am hoping for is that it’s an exercise in empathy. I think empathy is something really important for me in terms of filmmaking. Filmmaking is essentially a portal into some other world, someone else’s experiences. Essentially a documentary is a portal to envision someone else’s world and I think the film succeeds if people can empathize with Danny, which isn’t always easy. There are parts of him in the film that for me and for other people that are really kinda almost off-putting. There’s points where you’re like “Who is this self-obsessed megalomaniac?” But if you can empathize with Danny, I think you can really understand something greater than you can experience. If you can sit with him and go through this with him, I think you can really learn something about a lot of things like death, mental health, just the trials of humanity.

When I first showed this film to a couple friends, I had passed it to a number of found footage filmmakers that I really respected. So I passed it on to Mike Hoolboom, a Toronto filmmaker and Craig Baldwin, the found footage guru from San Francisco, and Soda_Jerk, the Australian found footage duo, basically some of my favorite filmmakers in the world that are making films right now and it’s interesting that the two men that are kinda middle-aged, later in life, they couldn’t get through it. I don’t know if it was because it was too real in a way or whether they just saw this guy as self-obsessed. Soda_Jerk on the other hand, they were like “This is incredible, the humanity of it all!” So it’s really interesting who can kind of get onboard and feel that empathy for Danny and who can’t.

The other thing that I think is really important that I really wanna make films about are just…people. I don’t need to watch another fucking movie about Diego Maradona or like some famous asshole that’s getting a film made about them because they’re rich. I don’t wanna watch those kinda movies anymore. Danny on the other hand, he’s just a regular asshole. To me it was incredible footage about a regular human being that encapsulates so much of all of our lives. That’s the kinda movie I wanna see.

DANNY screens as part of VIFF on Sun, Sept 29 6:30pm at the Cinematheque