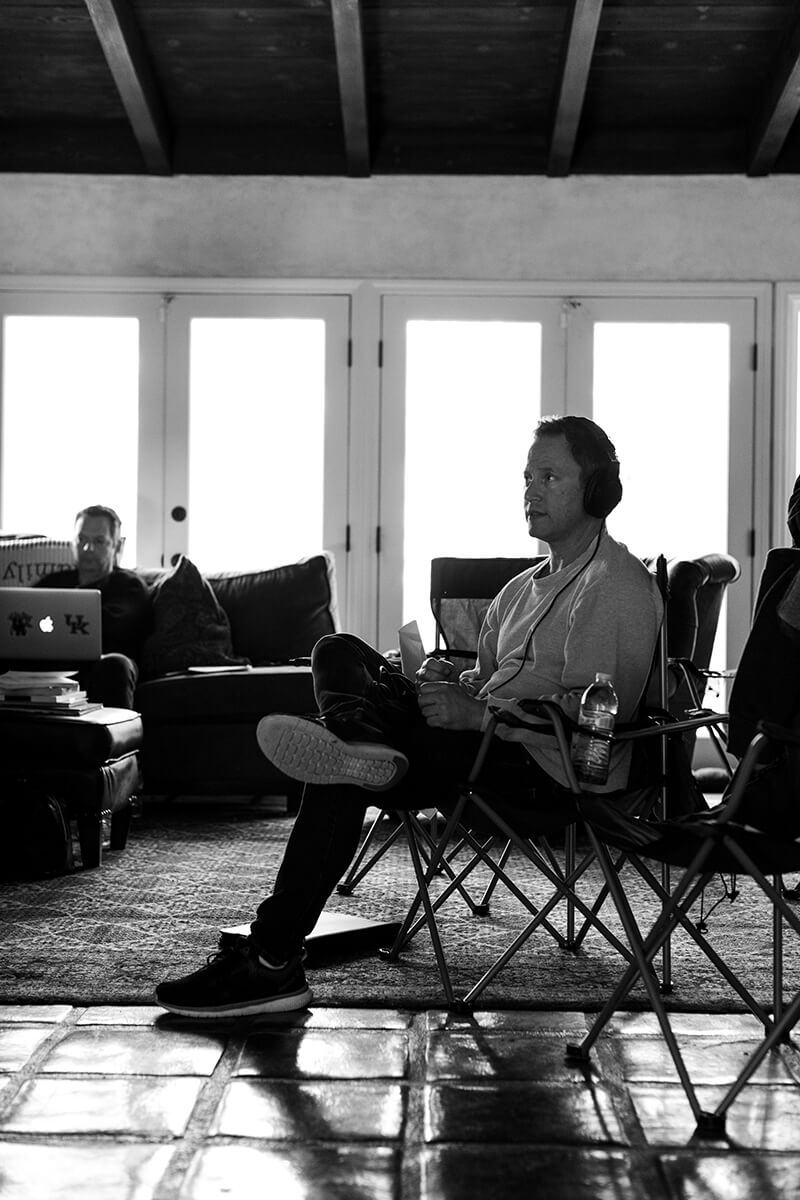 While I’m not the seasonal type and it especially bugs me to see or hear Christmas stuff when it’s NOT Christmas, sometimes there’s just no resisting it. Especially in the film industry. When it comes to Christmas films, or any films, Canada is a prime location for many productions in the US. I spoke to David Lipper who was worked with many Canadians, and is a Canadian, about his latest film and why he chose to shoot in Toronto of all places.

HNMAG: So you’re working on a Christmas movie currently?

David: Yeah, a film called The Christmas Letter, it’s a script I’ve been on for some years now. I finally got the right team together, the right package together, and it’s going to be distributed by a company called Insendo in Montreal. We’re shooting in Sous St. Marie, which is just on the border of Michigan, in Northern Ontario.

HNMAG: Can you tell me a little about what happens in the movie?

David: Sure. It follows several characters. First are brother and sister, Wendell (12) and Sam (10) who are orphans living in a foster home run by a woman named Leslie Leeds. She’s a strong and attractive woman who lost her parents in a tragedy, and her great joy is caring for all these foster kids (she has six of them including these two). Cut to a problem where the house needs repairs, she is out of money, and if Leslie doesn’t get certain repairs done by Christmas Eve, the building inspector is going to shut it down, and the kids are going to lose their foster home where they’ll be placed back in the system. She’s doing everything she can to make things work out, and this rich couple comes in and says, “We’re willing to make a donation, but we want to adapt just the cute little girl and not her older brother.” This causes an issue because they don’t want to be separated, and so the two kids decide to run away together. They then follow their Dear Santa letter in hopes they find Santa and he can find them a family for Christmas. That takes us on a journey from Detroit to St. Marie because all the letters to Santa go to a guy named Samuel Clause living on North Pole Rd in Canada. Leslie and the mailman, David team up together to try and catch these kids. It’s a very nice family story about the importance of family and how our dreams change.

HNMAG: When is it scheduled to be shot?

David: We will be shooting early May to mid-May. I’m getting ready to head out there to start pre-production, although we’ve probably been in soft-prep for what’s been the past month.

HNMAG: How’s that been going?

David: It’s going great. We’ve got some amazing talent, great supporting cast attached. We’ve got Samara Smallwood playing Leslie, myself playing David. We have Enrico Calatoni playing my dad, who offered. He’s just a phenomenal actor who’s been on show after show after show. Roger Cross who’s been nominated for Canadian Acting Award for Best Actor, he’s playing Hank. Colin Mochrie from Who’s Line Is It Anyway is playing our Santa, so we’ve got some really really amazing Canadian talent in this. Because of the COVID situation, we’ve just ended up casting everyone out of Canada.

HNMAG: And where did the idea come from?

David: It came from me sitting around and wondering ‘Where do all these “Dear Santa” letters go?’. I know this happens all over U.S., Canada, and many other places where these kids write these letters, they put them in an envelope and then they mailed them. I called the post office and asked them what happened to those letters and they said, “All we can tell you is anything with an address goes to an address.” and I thought ‘What if there’s a North Pole Rd somewhere and a letter in the system goes there?’ and ‘What if it’s in the North somewhere?’ so, what’s in the North? Canada. That’s kind of how I came up with this idea and it just kind of morphed from there. Then I thought how cool it would be to have a couple of kids looking for Santa by following their letter. But as these films are structured today, when you look at the bulk of these Christmas movies, that you’ll see on Lifetime, Hallmark, or Canadian CBC. Those films are generally Romantic Comedies, and you have a nice love-story with the two adults, and the two kids morphed into a b-line. That’s how the story became what it was. It’s been a massaging of the script over the last decade for me to get it just right to where it is now.

HNMAG: And why did you choose to shoot it in Canada besides the location being North?

David: I was born and raised in Montreal, Canada. I’ve shot the bulk of my movies here in Los Angeles, but the reason I’m going into Ontario is because I’ve hooked up with two producers, Rebecca Harra and Trish Ranon. They are situated in the North and they said, “Let us apply for the North Ontario Heritage Fund.” and I said, “Sure, go ahead.” and they got it. Now we have a grant from them to shoot in the North. With Canadian tax credits, it just became a good economical situation to shoot there. It’s time I took advantage of my Canadian lineage and I am in this case.

HNMAG: Are you planning to film in Canada for a LOT more films?

David: Probably. I think this may be the start of a LOT for our little group. I’m fiercely loyal with the people I shoot movies with. I made 4 movies with them in the last year and a half. You’ll notice a lot of the same people on each of those films. Now that I’ve hooked up with Rebecca and Trish, I think that you’ll see more of me shooting up in Northern Ontario and seeing if we can create a little film group up there and take advantage of some of the subsidies. 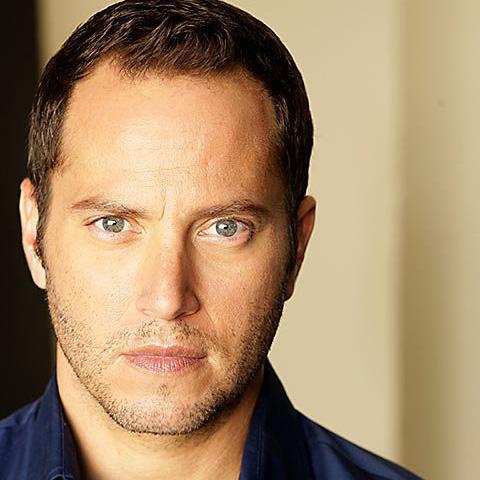 HNMAG: What are some of the other advantages of shooting in Ontario?

David: You have great talent over there, I think some of the best comedians have come out of Toronto. You look at shows like SCTV, really way back in the day. You have amazing comedic writing talent, you have amazing talent all around with people like Eugene Levy. Look at Schitt’s Creek, that hit all 7 possible awards you could get at the Emmy’s.

HNMAG: Have you had any Canadian actors or crew members in your previous productions?

David: Sure. I’ve worked with Canadians, I’ve even hired Canadians that are in LA. I’ve always worked with a Canadian in some production.

HNMAG: What are some of the challenges with shooting a Christmas film?

David: One is weather. You think we’re pretty solid to shoot in the North, that there would be snow, but it has been so spotty with weather that basically you have to make snow. The good news is there are guys who are pros that come in with these foam trucks. They spray down the sets and it looks pretty good, but it’s a cost and it’s something that has to be done right. A lot of Christmas movies are shot in summer actually.

HNMAG: How does Hollywood differ with Canadian locations?

David: First of all, you get a different look. There’s an East-coast look and a West-coast look. If I’m shooting in Vancouver, it’s going to look a lot more like Washington State, maybe parts of it will look like LA. If I’m shooting in Ontario, I may get more of a New England look. Or maybe, Detroit, Michigan, Chicago. Those kinds of places, so it really depends where your film is set as to which place will double for those areas better.

HNMAG: Will there be any sequels in mind or similar films?

David: I have more Christmas films in the pipeline, so assuming this one does as well as we hope, I may do more with Insendo, I may just do more in general, but it’s a genre I’ve always loved. It was a lot of fun writing this film, hopefully it be a wonderful experience filming it. I’m looking forward to filming a whole portfolio of these, they’re just good clean films. I’ve directed a lot of different genre films. I’ve done some horror films recently, but I like doing a good Rom-Com every now and then.