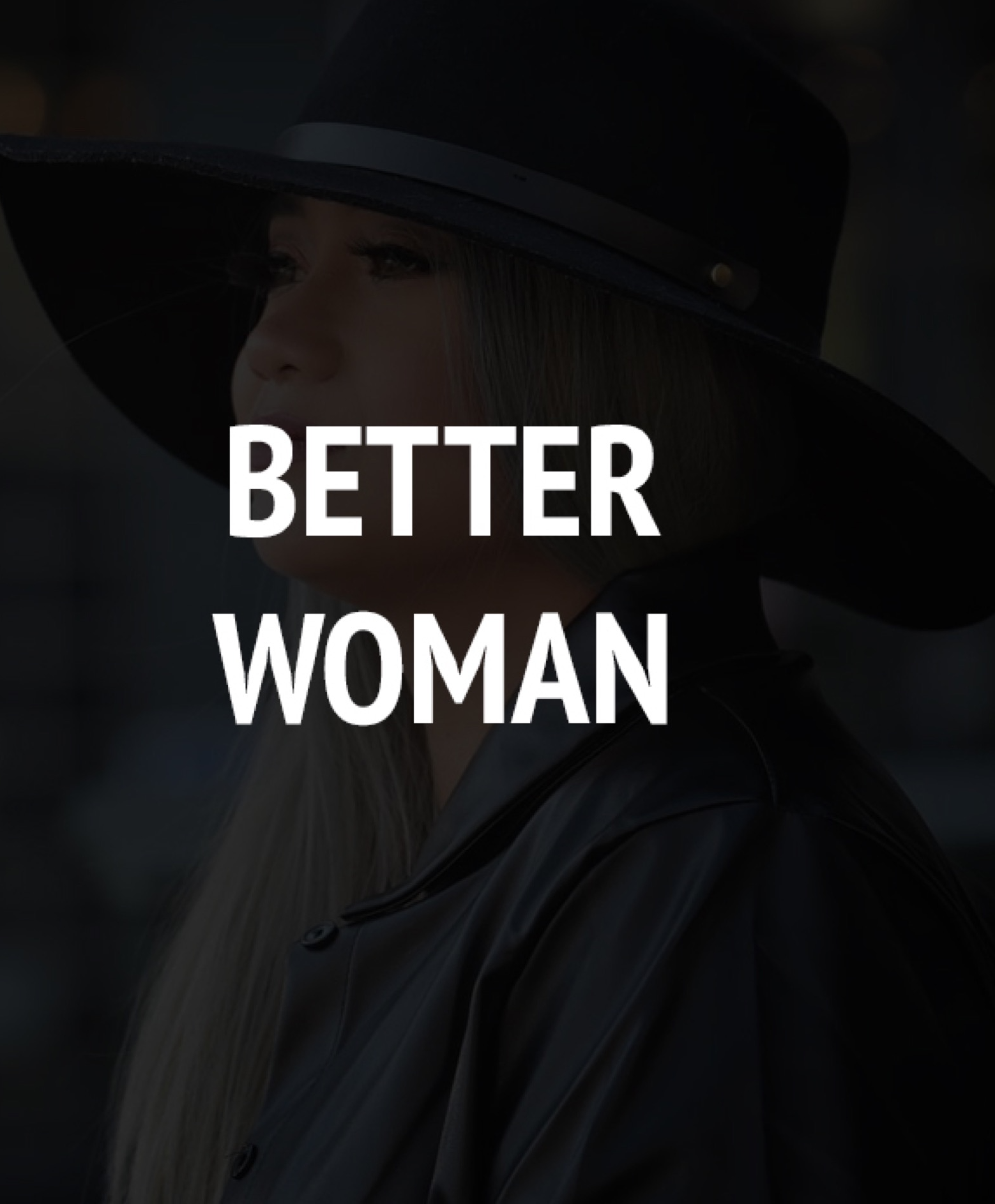 We live in a time when music has become therapeutic. We look to it for advice, inspiration, romance and maybe escapism. We want to drift off… get up and step into the groove. It can remind you of an old friend – that you must call before you forget and… it can inspire you to take a trip. Nomatter the end journey, it’s the delivery that grabs you. The lyrics are so familiar and that beat… is so easy to dance to. I was always taught to let it out, rather than keeping it in – so let yourself go, to express your inner jungle book, your twist and shout, that shuffle and jive and a little hallelujah! Give yourself permission to sing along or bust out your best move… nobody’s watching and you’re in your favourite slippers.

Music can move you but it can also help you through a tough personal journey. There are songs about long distance relationships or the one that got away. That phone number to call… or to never call again. The breakup that made you want to quit living. Those songs are out there, written by music artists that have lived it. The pain is real but so is the redemption and the moving on. Music is there to inspire and to act as a vehicle to your next stop. Take care, good luck and enjoy the rest of your day.

Thea Cruz is a music artist that has lived through and moved onto next chapters, new journeys/relationships and personal growth through her lyrics and her music. A Montreal born Filipina Soul & Blues artist. Thea released her new single, Better Woman.   The music video for Better Woman is set for release, April of 2021.  Cruz is a multi award-winning artist, that began her journey at the age of fourteen when she entered her first singing competition.  She won first place trophies at the Golden Mic competition & the La Voix du Success competition, performing at the Touched Gala and the Montreal Community Cares Awards. Thea sang the Canadian National Anthem at the Bell Center, which earned her International attention.

Thea Cruz knows, when you have a platform, you should use it wisely. This artist wants to help foster new talent and provide an opportunity to bring attention to Filipino voices. Cruz was featured on the WISHBUS 107.5 LIVE in California and performed the American National Anthem for an LA Clippers NBA game this year as part of her journey.

I’ve listened to Better Woman and it sounds deeply personal with lessons in romance and a first aid kit for the pain. It comes on the heels of Cruz’s first EP, Untold Stories & the single, Stand – which was written to empower ‘all women’.

This Canadian firecracker was so much fun to talk to, it was hard to say goodbye…

HNMAG “I listened to your music and you have a very beautiful voice. It sounds so strong… have you ever tried to break a glass?”

THEA “Nope, I’ve never done it (laughing). My voice can go pretty high, but not to that frequency (laughing).”

HNMAG “Considering you have such a strong voice, do you attribute that to your discipline of practising from a young age?”

THEA “I do and I think it stems from being raised in a musical environment. Filipino  singing competitions are all about the high notes and the belting – my parents definitely pushed me to learn how to belt.”

HNMAG “Where do you find inspiration for your music?”

THEA “I think what inspires me the most, is putting myself in someone else’s shoes – to say, how would I feel about that, or what if it was happening to me? I ‘ll also put myself in my friend’s shoes, that are going through a tough time right now. So, it’s nice to be able to write a song that reflects their emotions, as well as mine.”

HNMAG “Speaking of personal experiences, this song, Better Woman sounds like it came from a very personal place.”

HNMAG “Have you ever had a friend keep a bad experience from you because they were afraid you might write a song about it?”

THEA “Not necessarily because when I write it I keep it as general as possible, so most people can relate to it – but it’s not personal. I do have one song on my last EP called, Where Did Love Go… which is as personal as I can go. It was quite an emotional rollercoaster writing that song.”

HNMAG “You started singing, performing and competing at such an early age. Do you remember the first time you performed in front of a live audience?”

THEA “I was three (laughing). The first time I performed was at church and I sang a solo with the pastor. My dad really wanted me to sing a specific song and it was a duet with an adult and a younger child. It was the first time I sang in public, at the age of 3 or 4.”

HNMAG “I had read that you hope to use your music as a platform to inspire other Filipino singers?”

THEA “I want to encourage Asian artists and show them the incredible talent out there in the Filipino community. Although, much of it isn’t heard in the mainstream, I want to help pave that road for them to be heard internationally. I want to help build that platform for both Asian, Filipino and other women to come.”

HNMAG “In the track, Better Woman – there is some incredible acoustic guitar that accompanies you. Do you always use the same musicians?”

THEA “Actually no, this musician and I have been Facebook friends a long time. I’ve never seen him play the guitar until recently. His name is David Minello, a Filipino music artist from Winnipeg; he’s also a music producer. When I heard him play, I immediately knew that he was the one I needed for that song. We worked day and night, over the phone – video call, to produce how we want the acoustics of the guitar to sound when I sing, without it overshadowing me… but I also wanted it to sound like somewhat of a reply, so we made it that way.”

THEA “The NHL one, because it was live, in comparison to the NBA – which was pre-recorded. When I sang at the NHL game in Montreal in 2015, it was the Florida Panthers versus the Montreal Canadians and I had to sing both the American Anthem and Canadian Anthem. Because I’m in Montreal, I had to sing the Canadian Anthem in English and French. It was nerve racking, because it’s the first time I’ve sang in front of 32,000 people, as well as millions of viewers on television. I’m standing on the ice singing the one song for my country that you should never mess up. It was the most stressful moment of my career, but because I did it – every performance, concert, tour and event I’ve had after that were much easier on the nerves, so it wasn’t all bad.”

HNMAG “What would you consider to be your most favourite performance in your career, that you would gladly do again tomorrow?”

THEA “I think it was the Facebook live performance I did last May to raise money for a fundraiser in Montreal that fed over 300 seniors and single-family homes during the first lockdown of the pandemic. There were no crazy glitzy outfits or make-up, just me singing into the microphone on camera. My husband is also a DJ and sound technician, so he was able to hone in my microphone and I sang for 2-3 hours and raised approx. 3000.00; it’s one performance that stands out the most for me.”

HNMAG “If you could collaborate with any Canadian music artist, who would it be?”

THEA “A Canadian artist… hmm, Simple Plan (laughing). I saw them when I was a lot younger and I listen to a lot of their songs. My 9 yr. old son also sings, I’m Just A Kid. I also think because they’re from Montreal, Quebec and they made it big in the music industry in the US and around the world, it’s pretty amazing. It’s very hard to make music in Quebec, because you have to be French – we have the French police here. To perform English music here, to be heard and to get it out there is very hard in Quebec, so the fact that they’ve made it as international artists is a big deal – so it would be Simple Plan.”

HNMAG “Where did you record Better Woman and how long did it take?”

THEA “I recorded Better Woman at MakeWay Studios in Montreal. Shout out to Brandon Hecht, owner of MakeWay. I recorded it in about an hour. It’s a very single shot recording and very intimate. There are no backup vocals, it’s pretty straightforward… much like a love letter, you’re pouring your heart out.”

HNMAG “What has your career taught you about yourself?”

THEA “I think it taught me that I can do anything that I put my mind to, while keeping a positive mindset – even once Covid hit. I had tours cancelled, singing gigs, hosting gigs cancelled… but I still ended up on an American platform, which is pretty awesome. I attribute that to keeping a positive mindset and pushing forward. Claim it, own it and hold it in your hands – it will come.”

HNMAG “In saying that, what kind of advice would you offer new young Filipino artists breaking into the music industry?”

THEA “I’d say, don’t be shy! Many of us grow up in an environment where we’re judged for the way we dress, the way we look, talk, the way we sing – we’re judged on everything. If you do good – you’re judged, if you do bad – you’re judged, it’s the way the toxic community is. My attitude on that… if I want to do it and you don’t pay my bills, then your opinion doesn’t matter to me (laughing), right? I brush off all the negative comments – after a while, they accepted me for who I am and how I want to express myself. If you want to express yourself physically, through the way you dress, with your hair – do it, nothing should stop you. Put yourself out there, don’t hide behind a curtain because of what is accepted in your community, just be you – come out and enjoy singing what you want to sing and how you want to sing it. Try new songs and don’t limit yourself to love songs/styles. Try new things and find your voice.”

HNMAG “What kind of music can we expect next from you in the future?”

THEA “I’ve been working on a few things, something a little more upbeat and vibey that you can dance to. I’m also working with some artists in Toronto that’s coming out soon, called Orange Crush. It should be out in June or July – it was a lot of fun and there’s 5 artists on it. There’s other upbeat and jazzy, good feeling music I’m working on that’s still building.”

HNMAG “How bout we ask a couple fun questions. What’s the biggest fish you’ve ever caught?”

THEA “A pike! No wait, a bass because it took 3 people to help me reel it in. I think I was 17 yrs. old at the time and my cousins left me at a dock with a fishing rod. I love to fish, I just don’t like touching the worm or the fish. It was about this size (demonstrates approx. 20” length) and we had it for dinner.”

HNMAG “One final fun question. Would you rather spend the day in a haunted house or Disneyland?”

Thea was an afternoon delight and she has a tenacious attitude with song-writing that feels like a close friend. A true artist with her finger on the pulse of what matters… music!