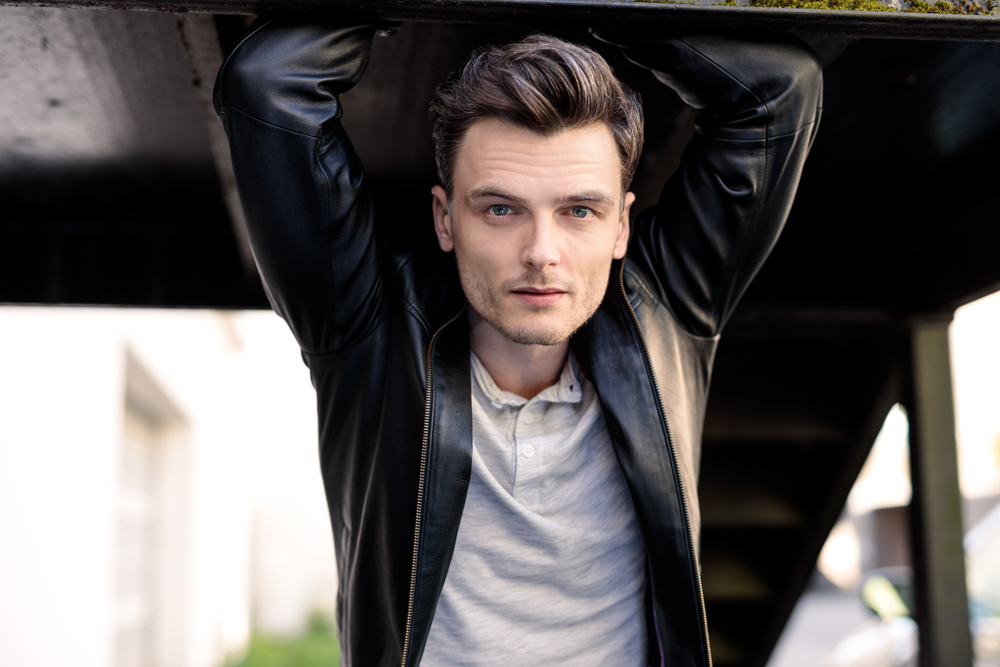 For some actors, it’s easy to secure so many roles and make a legacy for themselves. Take Thomas Nicholson, who has recently gotten a couple new roles for 2021, with plenty more on the way. Some of his latest roles include a recurring character on season 2 of Motherland: Fort Salem, and musician David Bowie DC’s Legends of Tomorrow. While I cannot go into detail regarding Motherland: Fort Salem, let’s just say it’s a very big role that’s pivotal to the story. I did however talk to Thomas about his other role of being the late and great singer David Bowie as he brings back a classic who we all lost in 2016. We also discussed some other interesting things, like his origin, and what it’s like during these tough times.

HNMAG: So I understand you’ve landed two really big roles recently. How does it feel to get lots of work?

Thomas: That always feels great, that’s always like the icing of the cake on the work I do outside of being on set. It’s a big prize, it feels great. I’m especially so grateful to be doing that during a pandemic. That’s kind of mind-blowing and such a privilege.

HNMAG: So what do you do outside of work on sets?

Thomas: I grew up in Denmark, and Danish was my first language. Actually, in the past few years I’ve done a lot of translating jobs which has always been very flexible. I can do it from home, kind of in my own time if I get a big job today and I have a deadline Friday then I can do it at times when it suits me and plan my auditions accordingly.

HNMAG: Can you tell me a little more about your role on CW’s Legends of Tomorrow?

Thomas: Dream role is not quite the right expression for it because I’ve never specifically dreamed of playing David Bowie. (laughs) I love how unpredictable the industry and the work can be. That sometimes is the really difficult part of being a professional actor but it can be a blessing. I’d say I’ve dreamed of playing a musician because I used to play in a band.

HNMAG: How do these roles differ from some of your previous roles?

Thomas: The Bowie one is so unique just because it’s not just a character, it is one specific person I’m playing that’s actually existed in real life. It’s the first famous musician I’ve played not just in our world, but also in that fictional universe. On a personal level, I’m a HUGE fan of his music and what he stood for as a human being. But it’s the first time I’ve had to study specific interviews to try and get the mannerisms right. It’s not just a generic English accent, it has to be Bowie’s English accent circa 1977 so the approach to the role has been completely different. A lot of the characters I have played are not nearly as pleasant as David Bowie (snickers), to put it that way.

HNMAG: Seeing as you have to work on the sets during COVID times, do you feel it’s easier or harder with all the work you’re doing?

Thomas: I don’t feel like it’s made a huge difference for me. I’m sure for a lot of crew members, it’s a big difference and for production itself. It’s pretty much block and rehearse with a mask, you adapt and get used to it. The rest is purely practical stuff.

HNMAG: Do you feel a connection with the crew and other cast members?

Thomas: Yeah, I certainly try to. I think it’s the easiest way to do work. But the hardest part is coming in on a show that’s already well established, meeting 60 new people in one day and try to remember all their names. It’s tough, but every cast and crew member is there for a reason, and I enjoy connecting with them. 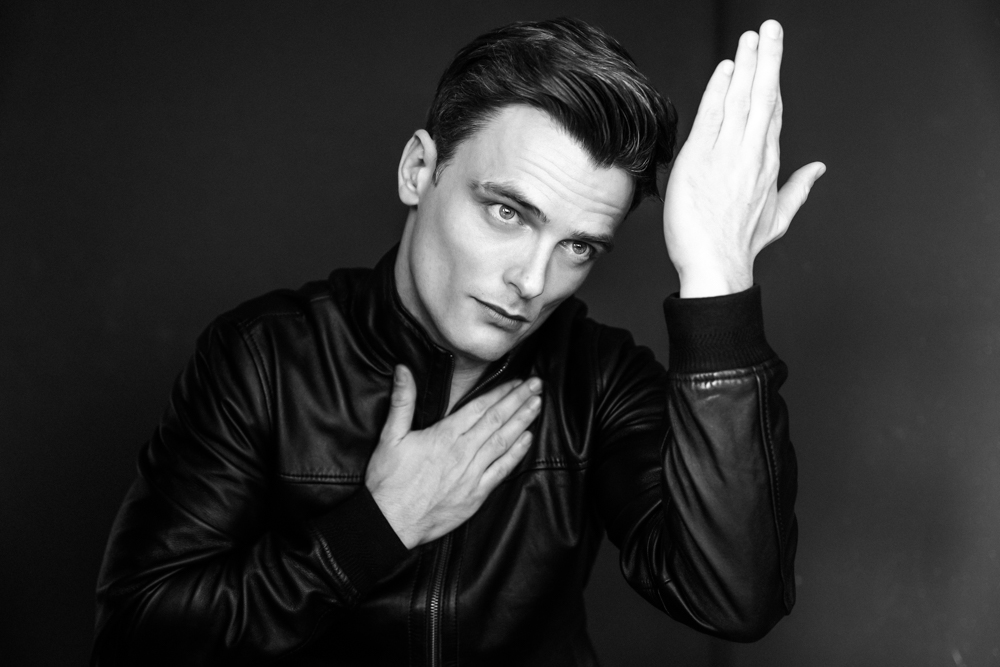 HNMAG: How do you balance the two different jobs on the sets with keeping in character with the roles?

Thomas: I’m not someone who’s a method actor or at least the modern interpretation of method ‘always-in-character’ kind of thing. I like to do all my preparations before I show up on set so that I can have fun and hopefully surprise my scene partners and myself with whatever happens in the scene. But I do like to snap out of it after cut. I worked on this show a couple years ago called Damnation and we worked on this very long elaborate fight scene. I would stay in this long unpleasant angry mood of being in a fight scene where we would do the fight and they would have a quick set up and we’d pick it up from the middle of this fight. It was so much energy to build up every time that I just found it easier to stay in that anger all the time. But usually I like to separate the two because I think for the most part once I have found my way into the character which happens before I show up on set, I can find it again.

HNMAG: I understand you started with a background in journalism. What was it like transitioning straight to acting?

Thomas: I didn’t realize it at the time, but in hindsight, I realized I wanted to be a storyteller. Then it took me to multiple different steps including journalism to find my way of telling stories that I really connect to and that turned out to be acting. I really enjoyed it. When I was a journalist I was also playing in a band on the side and I found a lot of emotional satisfaction out of creating music. But not so much intellectual satisfaction, and with the journalism I found a lot of satisfaction from that. For me, the acting kind of married those two that I could challenge myself emotionally, mentally, physically even intellectually. ALL of that stuff.

HNMAG: What about the program at Vanarts? What was that experience like?

Thomas: That was a great experience for me. When I started that program, I felt like I was starting a new career late. It’s one year, but it’s very intensive. 35 hours a week, plus whatever I chose to do for my homework. What was great about it for me was that you learn a little bit about everything so there’s a lot of traditional scene study classes but there’s also voice classes, movement classes, and classes about the history of theatre, singing for the actor, all sorts of audition classes. It was REALLY helpful to just tap into all these little things. In addition to that, there’s no one way of learning at Vanarts. For example, we would have scene studies throughout this one year. There’s a lot of different teachers and it’s not like they have to teach in the Vanarts way of teaching, they have their own methods. I think that’s great because I don’t believe in one true way of acting. It’s best for every actor to find their own way because I think that’s best.

HNMAG: Would you say Bowie has been your most interesting role you’ve ever acted?

Thomas: It was a huge highlight because it’s such an iconic person. It’s so hard to compare to anything else I’ve done. I think the Damnation role was a big milestone for me because it was the first time I booked a role where I felt like, “if I don’t step up to bat here, I can mess up the episode.” I felt I had to be at my best-game kind of thing. That was a special experience for me to spend a couple weeks out of town for a show. I have a couple more coming up in the next few months that I’m really excited about.

HNMAG: What do you do in your spare time between jobs?

Thomas: Now that there’s a pandemic, I’m more limited than I used to be. But that’s been a long time. To celebrate my booking of David Bowie on Legends of Tomorrow, I bought myself a bass so I spend my spare time playing that to the extent possible. I also believe in staying sharp so I’m taking an acting class every Sunday at the moment. It’s kind of limited, but I like cooking, I’ve started baking bread, and going for walks with my partner. It’s fairly low-key for now, the things I look forward to are going traveling and stuff like that.

HNMAG: Do you ever feel like one day you might direct some episodes of a TV series you’re a part of or maybe you’ll create a series of your own?

Thomas: Hmm. I don’t think I would create a series of my own, just because my partner’s actually a screenwriter and it’s just too much work I don’t think I’m good enough at doing. I’m not itching to direct something right now, but I could certainly see that changing. It’s certainly something I’m curious about but I’ve never had the right project or the right time happen yet.

HNMAG: What advice would you give to aspiring actors?

Thomas: Allow yourself to enjoy it. Start at your first acting class, and kind of expect to be amazing at it from the beginning. It takes time and it takes hard work to be an actor, but be patient with yourself. Keep enjoying it and it doesn’t have to be Oscar-worthy performances every time you’re in class. Enjoy that you’re still continuing to learn something. 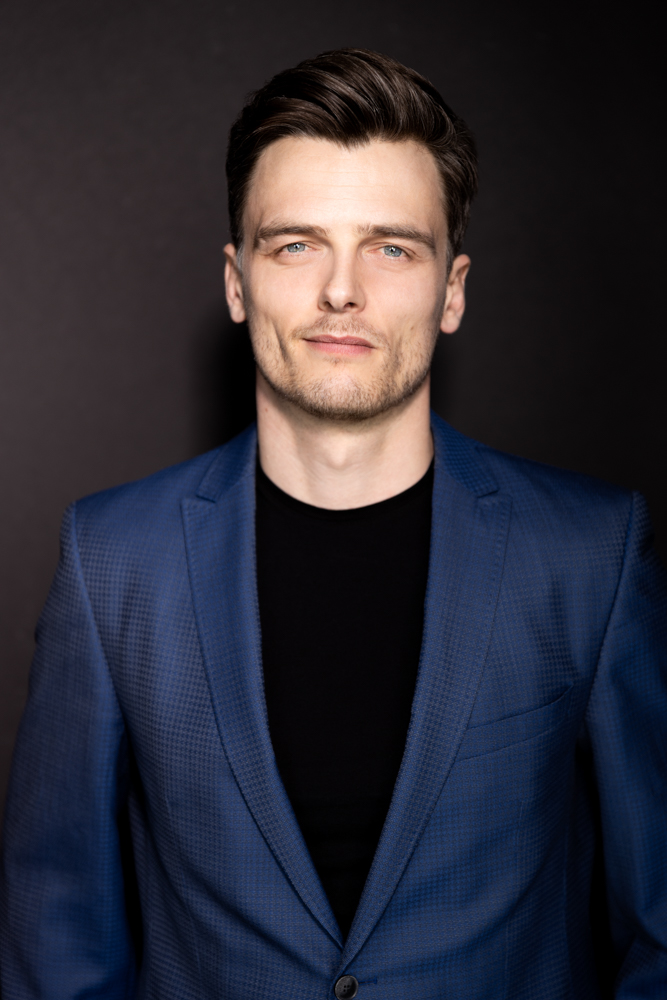 Thomas Nicholson has proven himself to be working hard and standing strong, even during this pandemic. Who knows what could be in store for him next regarding roles this year? Producers maybe, but you never know. He’s making himself bigger and bigger by the role.