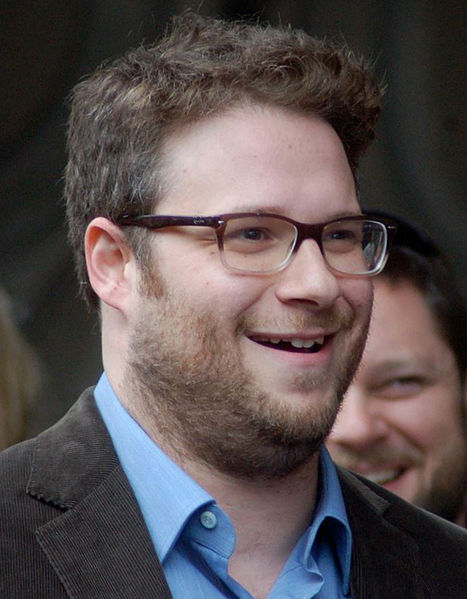 Seth Rogen made headlines last week in an interview with The Sunday Times, where he candidly denounced and distanced himself from friend and (former) long-time collaborator, James Franco, in a move that says more than you think about the evolution of the #MeToo movement several years on.

In 2014, three years before the #MeToo movement gained traction, Franco, who was 35 at the time, was reported to have been messaging a then-17-year-old with the intention of them meeting at a hotel room. Rogen addressed the controversy soon after in his SNL monologue, joking “I decided to prank James Franco. I posed as a girl on Instagram, told him I was way young. He seemed unfazed. I have a date to meet him at the Ace Hotel,” before being joined by Franco onstage, doubling down on their intended trivialisation of the matter. In this latest interview, however, Rogen has acknowledged his deep regrets for what he now deems “a terrible joke”. The incident occurred in the state of New York where the age of consent is 17, which meant that Franco’s actions, while ethically murky, were technically legal. A trial by media ensued, and Franco rode it out, undeniably helped by his appearance on SNL and the public support of friends like Rogen.

And people eventually moved on, as did Rogen and Franco, who released four more collaborative efforts in the years since, the most recent being 2019’s Zeroville, in which Franco both played the lead role and directed, but this was actually shot in 2015. As it happens, the pair have not filmed a movie together since the 2016 production of the Oscar-nominated The Disaster Artist, where Franco once again directed and starred in a leading role. Things seemed to be going well, for a while, until further accusations were levelled at Franco in 2018, though this time for much more insidious, manipulative behaviour, where several female students of the actor and filmmaker’s acting classes accused him of essentially abusing the position for his own sexual gratification. Chillingly, one of the allegations even involved inappropriate behaviour in a class teaching sex scenes.

For Rogen, this was likely the final straw. He has not worked with Franco since, and has now expressed doubt at the possibility of ever working with his long-time collaborator again, telling the Times “I also look back to that interview in 2018 where I comment that I would keep working with James, and the truth is that I have not and I do not plan to right now.” But this also raises an important question: when is the right time to speak out? When do we shift from supporting the accused to condemning them? The general rule of law dictates that everyone maintains the presumption of innocence until proven guilty, yet very few are tried like Harvey Weinstein or Bill Cosby, leaving only the court of public opinion. And even then, this can be problematic, as one unverified accusation against a celebrity could stick regardless of its veracity once it enters the public domain.

These are extremely difficult issues, and while I am certainly not suggesting that I have the definitive answers to them, I think there is something to be found in Rogen’s own recent response. He is, admittedly, a biased party, having known Franco since their early days on Freaks and Geeks. In all likelihood it is this very bias that kept Rogen around even after the controversy in 2014, despite the criticism. However, if 2018 likely proved anything to Rogen, it is that in a post-#MeToo society, where there is enough smoke, there’s likely fire, and no amount of bias could overcome that.

Before I explain this further, consider two instances.

First, there is Kevin Spacey, who was one of the first to be accosted by the #MeToo movement for his decades-long patterns of abuse towards men and even underage teen boys, where the evidence was so undeniable that his career is now effectively over.

Then, there was the case of AMC’s The Talking Dead host and Nerdist co-founder Chris Hardwick, who was accused of sexual abuse by former girlfriend Chloe Dykstra. Backlash and support came in equal measure, as Hardwick was initially suspended from his shows, which also includes Talking with Chris Hardwick, and had his name completely removed from The Nerdist website, only to receive support from his wife and at least three exes, amongst others. Investigations by both AMC and The Nerdist found no evidence of the accusations, and Hardwick was consequently reinstated in his talk shows while his name was once again included on The Nerdist website.

Each of these instances represent opposite ends of this core issue of abuse and culpability. There are those who are guilty beyond any reasonable doubt (but will not see the inside of a courtroom), and then there are those who receive more backlash than is warranted prior to further investigation. Although, it is worth bearing in mind that in the latter scenario, it is not necessarily that Dykstra was lying, but rather they could not back up her claims, especially given she refused to participate in any investigations into the matter, whatever her reasons. Ultimately there was smoke, but seemingly no actual fire, and while something of a reset button was hit on Hardwick’s career, this is also the type of accusation that could rear its ugly head at any time in the future, whether it is actually true or not.

This begs the question, then, what kind of a statement does Rogen’s recent criticism of his old friend make?

Well, there are those who will claim that this is a calculated stunt by him to keep up with the times, but I sense genuine sincerity here. This is a man who wanted to believe the best of an old friend and got burned in the process, while acknowledging his own failings in the past, humbly stating “I have no pity for myself in this situation.” Sure, Rogen could have and should have spoken out sooner, but still, when a member of one of comedy’s most endearing onscreen duos denounces his partner’s actions so publicly, while also casting doubt on them ever working together again, it sends a strong message that others should follow.

I feel the need to reiterate that I am not presuming to have the solutions to the serious questions raised above, but one thing I do know is that prominent abusers in the film industry need to be held accountable, which means that the victims of these abuses must be heard. While it can be difficult to discern truth from lies when things devolve into he-said-she-said, we must exercise a collective restraint to outright label the accused an abuser– or a victim a liar, for that matter–before more potential facts and victims come to light. However, when someone like Seth Rogen comes forward in this manner, who not only holds a great deal of sway in the industry, but knows the accused intimately, it can go a long way in assigning the rightful blame and hopefully change things for the better in these increasingly transparent times.