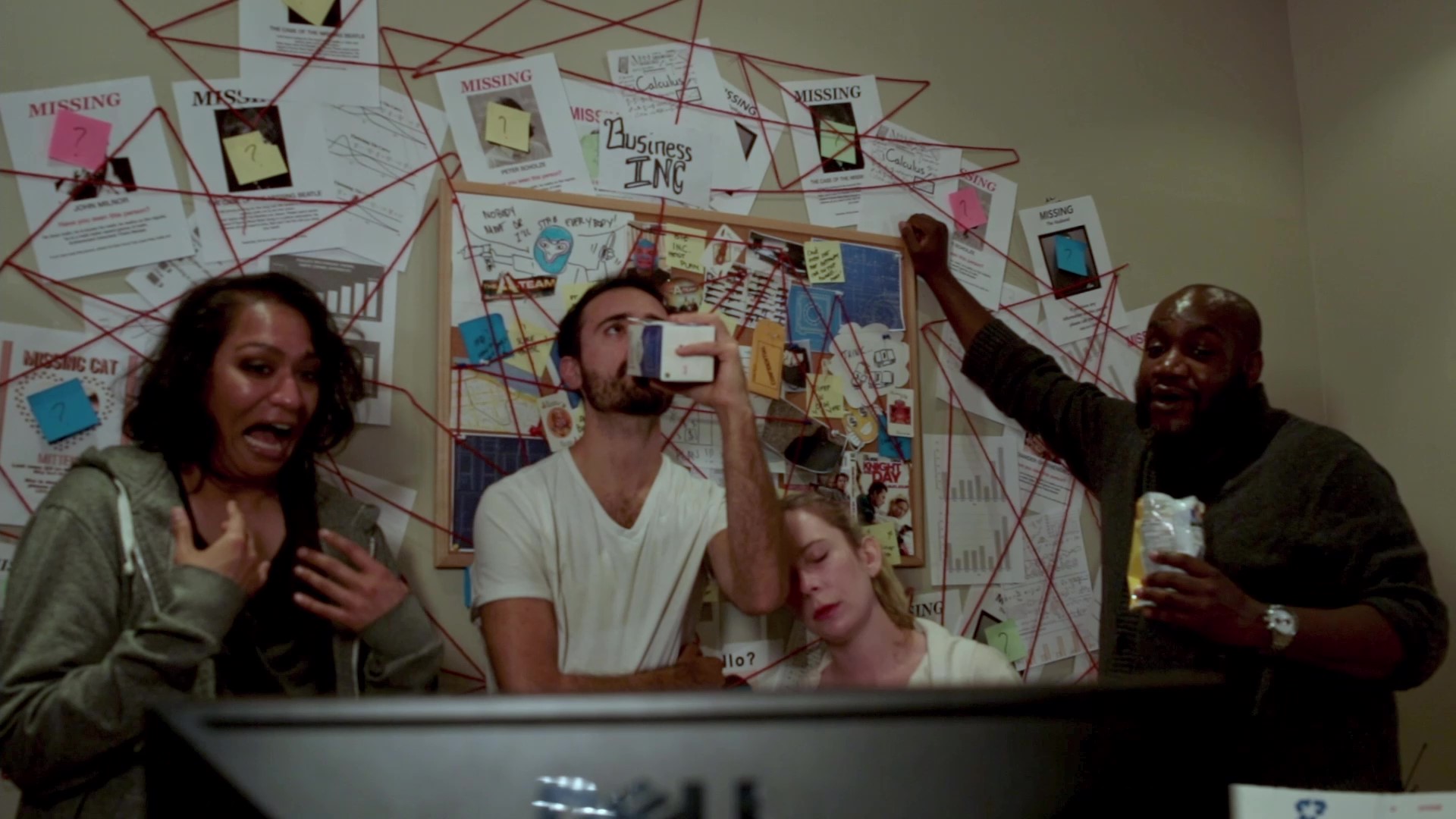 Imagine a company that can do just about anything for service. I’ve heard of one called World’s Best but I don’t know if they ever made themselves out to be too successful if at all. Well, recently, the new network entertainment service onVIVA.tv which showcases new and upcoming Canadian artists is featuring a show about a business like that. Business Inc. shows five interesting types of characters who have created a business and plan to meet as many different kinds of needs as possible. Some pretty crazy stuff happens and it’s sure to be a fun time.

Created by David Cryan who has worked as a writer on The Simpsons, he and some friends came up with the concept and found a way to show people a new style of humour and an interesting concept for a series. Then they ended up making the whole thing during the height of the pandemic of all times. There was lots I wanted to know, so to figure out what went into this show, I booked a meeting with David (a zoom meeting, that is) to talk about this new show. Now here’s my presentation on why Business Inc. is worth checking out.

HNMAG: I understand this was filmed during the height of the pandemic. Just how difficult was it given all the issues?

David Cryan: It was tricky. I was the COVID person and I had the temperature to check people everyday. Asking them if they had symptoms, keeping track of when people were there, so if we had to shut down, we could contact trace. But we got lucky, we got through it, nobody got COVID. We were able to push through. There was a few people who were nervous about it at the start, a few actors who were going to come on and said, “I don’t know, maybe not”. But we made it work.

HNMAG: What precautions were used?

David Cryan: There were certain precautions at the time, how many people could be in a room, everybody had to be wearing masks, we were indoors unless an actor was in a scene. All those things along with temperature checks and being ready if we had to shut down.

HNMAG: It was something you started with a couple of friends. Was the concept based off of workplaces you all did jobs in?

David Cryan: Not exactly, it’s a little more absurd. The idea was kind of more a parody of television and other media in general. Because the business can change week to week, it allows us to be flexible and parody any kind of story or movie. We can sort of pick up in a new episode and start on a  whole new business and just hit the ground running.

HNMAG: And how did you come up with the idea?

HNMAG: Why did you choose to cast talent from Toronto?

David Cryan: That’s where we’re set, and sort of based. The casting was largely people we knew. My co-creator Kimberly Wells is an actress, and she’s in that community so there were a lot of people we were able to pull from. People she worked with in the past, friends of ours and things like that. 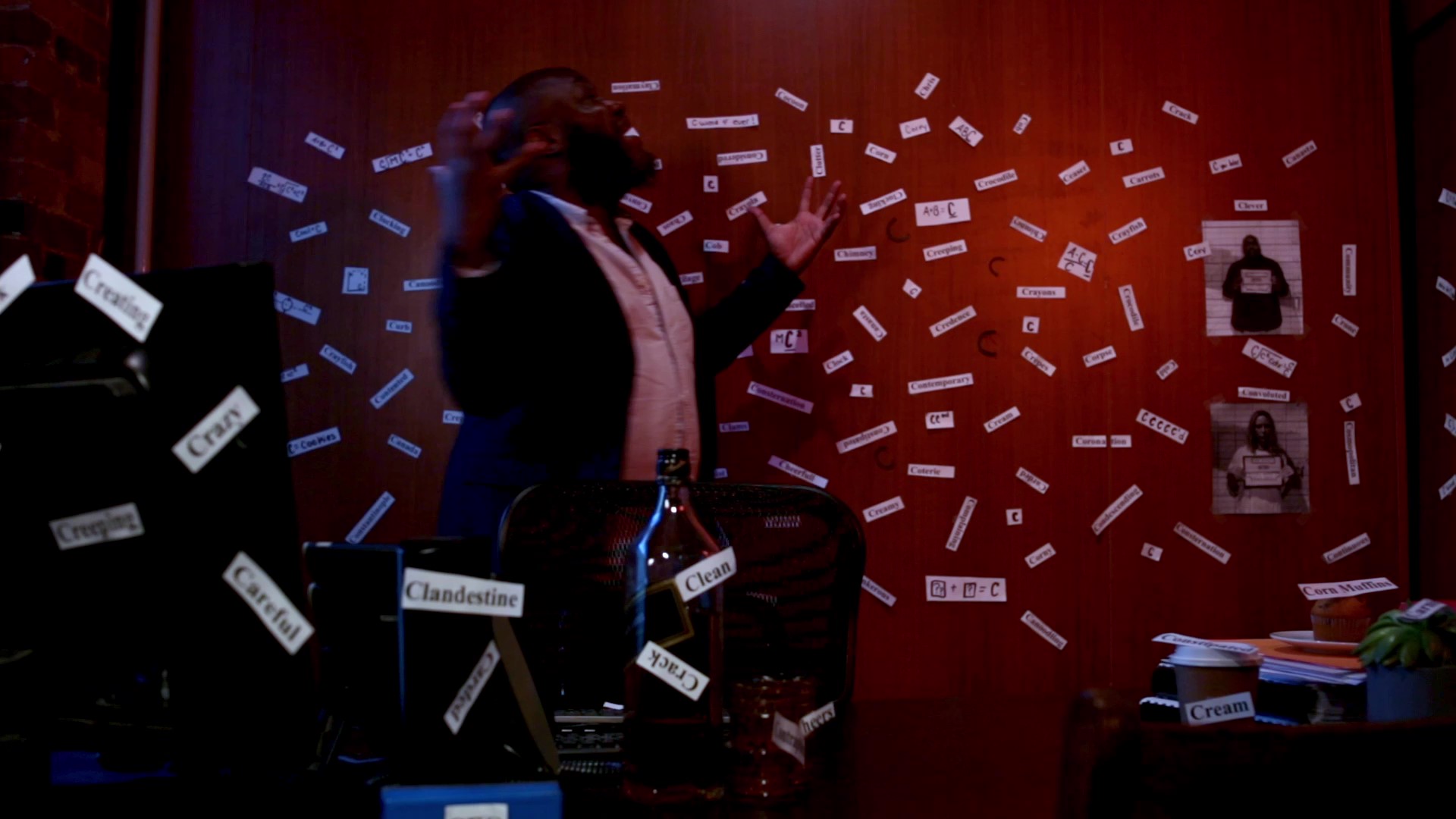 Some of the talented cast involved include comedian Bree Ali, TikTok star Anesti Daniels, and some of the new freshest talent in Toronto who are sure to be going far after this series success.

HNMAG: And do you look to expand more into people other than those you know?

David Cryan: We’re certainly open to any possibilities if we did another season. We hope to. It’s not a strict rule but we’re open to working with anyone. It was just for this project it ended up being who we knew because we were so low-budget and it was a lot of favours called in, so to some degree.

HNMAG: The show features dogs as well. What exactly do the dogs have to do with the workplace?

David Cryan: The first episode is a political campaign and we just thought they’d be struggling and losing, and what’s the funniest thing to be losing to? It’s a dog, so we made it a dog and that dog had scandals and we just thought to push the absurdity there and it’d be fun.

HNMAG: And what’s the setup for the show?

David Cryan: It’s the same CORP group and they have an office location, but every week they are working in different businesses. The first episode is a political campaign, the second is they’re kidnapping people and also negotiating the release for the other side, so negotiating against themselves. Every episode there’s a difference. We pack a couple of businesses in, but it’s always a new starting point.

HNMAG: And how did you manage to get it streaming on onVIVA?

David Cryan: We applied for a Canadian comedy grant, which tied it to a certain level of exclusivity to onVIVA which gave us a little bit of money to help us complete the show. They’ve been really great, helping us get the show out there.

HNMAG: What do you like best about talent and productions in your local area?

David Cryan: We just have a lot of great people. Both in front of and behind the camera, we had people come in and it were just so awesome with what they were doing. We had all these actors and because of the absurdity in it, some of these actors played two or three different parts across several different episodes. With an eagle eye, you see a few people popping up in different rows outside of our CORP room. We had awesome people in our art department who took a near non-existing budget and made things look just amazing in places.

HNMAG: When casting some of these actors, what did you keep in mind given their traits and how they could do a character?

David Cryan: In a number of cases, as we were writing it, we discussed people we knew and started writing parts towards them before we knew if they would say ‘Yes’ or not. There’s a lot who we knew would be good and were fun dnd we knew that they’d be easy to work with. 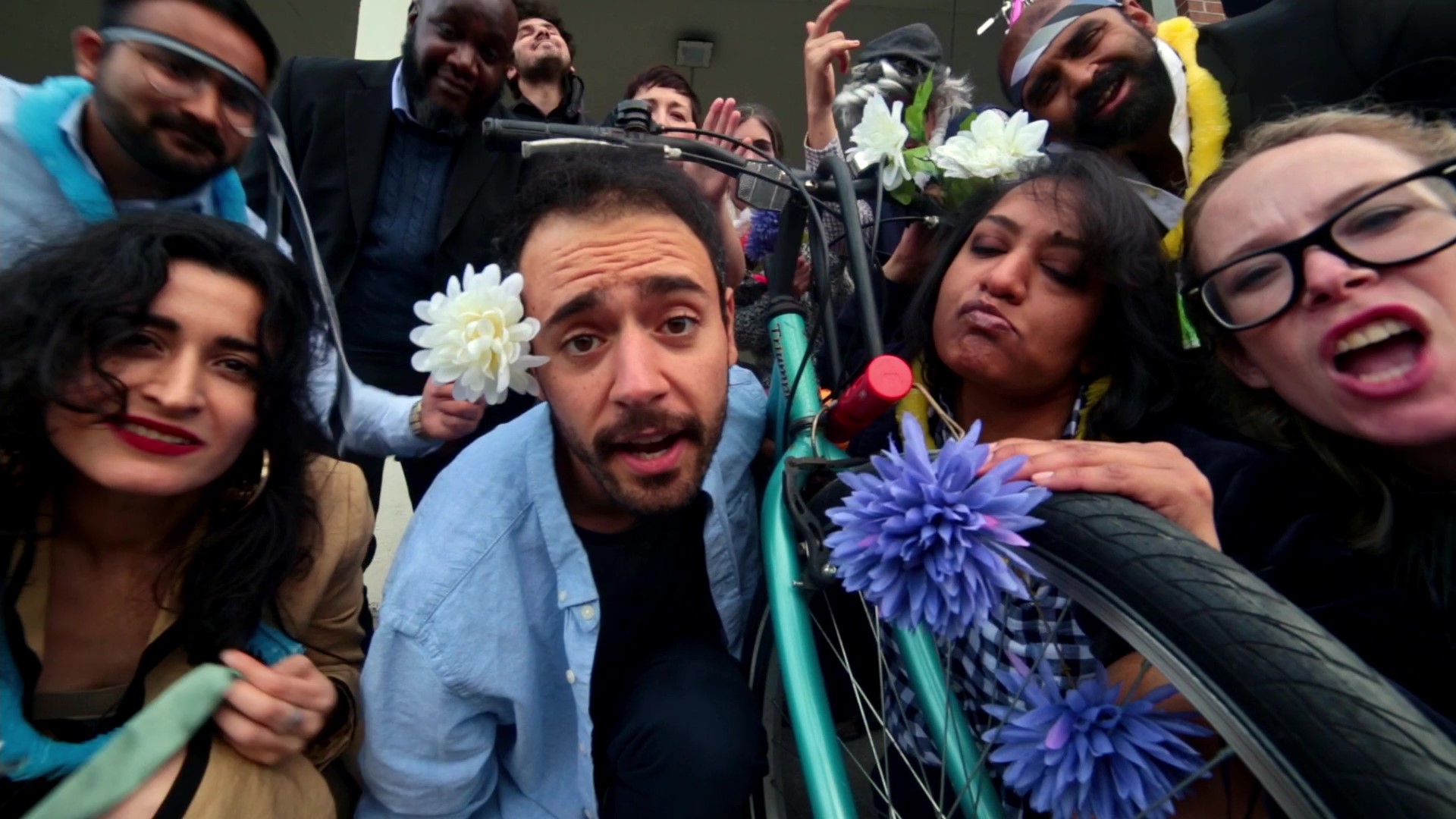 If that was a convincing enough presentation, go on over to onVIVA.tv right now and check out Business Inc. You’ll be glad you did, because it will incorporate laughter and develop the humour for a funnier tomorrow.