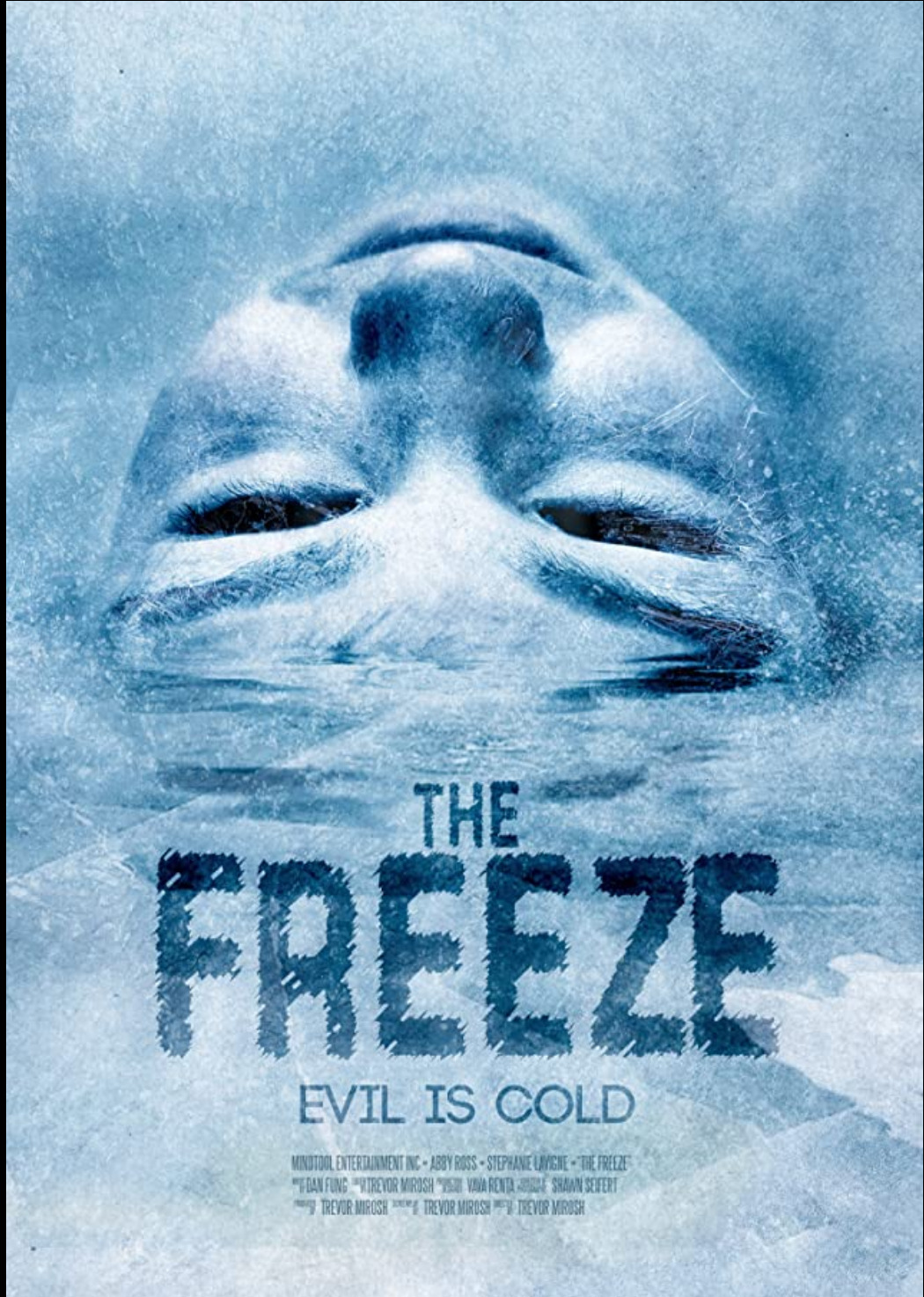 Have you ever been in someone’s home and there’s an object in the room that you can’t stop staring at? You ask the host where it came from… and the story starts to unfold. Unfortunately, the story is only a partial history because the previous owner wouldn’t divulge the rest. Some history can be inconsequential and mundane – but what about the objects carrying a haunted history of agony with a bad omen attached… What sort of karma do they possess?

I really hope they burned all of Jeffrey Dahmer’s furniture, because I’d hate to find myself at someone’s place someday, listening to a story about an artifact they bought at an auction with a particular dark history… guaranteed to keep you up at night. It would definitely bother me and I know that those conversation pieces are out there – and sometimes they show up in films.

I recently watched a short film – The Freeze, about a unique freezer with dark consequential contents. It was written, directed, edited and produced by the multitalented Trevor Mirosh. His day job might be brilliant feature film editor, with over 37 editing credits on imdb, he is recently leaning more toward the directing… and the thriller/horror fans should all be very excited. He’s written and produced 6 films, and directed 7. He’s currently working in post on the Day of the Dead TV series and Ravine. If Trevor wasn’t a filmmaker, he could have been a professional juggler because he has so much on the go.

The Freeze has already won 6 Awards and counting. I had the huge privilege of talking to this merging filmmaker and veteran film editor about The Freeze and what he’s been warming up to lately.

HNM “I loved your film. Horror is one of those genres that translates well internationally/universally.”

TREVOR “That’s very true and with the film I followed up with after The Freeze, a comedy/horror – it’s been doing very well in Europe, Germany and Finland. Everyone is so well versed in the English language these days and they get our jokes… for the most part, if they’re funny (laughing). My jokes aren’t slapstick though, they’re subtle humour that I like to write.”

HNM “Is that a feature film and what is it about?”

TREVOR “That’s a short film that I made after The Freeze. I started making The Freeze in 2017 and it did the festival circuit in 2018, 19 and 20. I made Exhibit Man in 2018 – about a police forensic photographer that discovers a link between several murders, which leads to a strange unearthly creature. This film is 30 minutes and both have been doing well in the festivals. At 30 mins, it was a risk to make but I thought it was interesting enough to take that risk. I’m always nervous about making longer films because you don’t know if the festival will pick it up. It takes up three 10 min. film slots and most festivals like the films under 10 mins. Fortunately, people are digging the concept, so it’s doing pretty good in the US and Europe.”

HNM “I know that you wrote and directed it, but did you also edit it?”

TREVOR “Edited and produced it as well. I work as an editor, it’s my day job and I started 15 years ago. I began working on action movies, a lot of Steven Seagal movies and honing my craft – cutting action, but I’ve always had a passion for horrors and thrillers. My director’s side leans toward these creepy claustrophobic thrillers and when you’re making short films… you need to wear a lot of hats. It’s not easy having people work on your films for free and to keep going back to the well all the time, when you have no money. This film was easier to do because we built the set/apt. in a studio in Maple Ridge, so logistically it was easy. All my friend’s homes were too small and we’d have to remove someone’s fridge and stick the other one in there. This studio had everything there for us, all the false walls; we had a great set dec person that we brought in. It only took three of us to go in one day and set everything up. We had a make-up room, bathrooms for everyone and ample parking. Exhibit Man, on the other hand was much more ambitious, I had another producing partner to help out, there were several locations and the scope of the film was far bigger than any past film I’ve made. We are getting close to wrapping up the financing for my feature and hopefully it’s soon, so we can start the casting… but you never know in the film business.”

HNM “How long did it take to shoot?’

TREVOR “We prepped 1 day and shot 1 day – we also did some pick-ups. Initially, I had a young boy playing the creature but after watching the dailies, it just wasn’t translating well to how I had envisioned it. We tried it with a prosthetic mask to follow up, but again, the realism wasn’t there. The third time, we found this young girl that was willing to do full body make-up, wear the contacts and get into the fridge. It was everything I’d hoped for and she was able to really bring it to life. There was the additional day for pick-ups and two other ½ day pick-ups to work with the creature.”

HNM “I’ve never seen a fridge like that, where did you find it?”

TREVOR “I was on the hunt and had gone to a bunch of appliance stores on Kingsway (Vancouver) before finding a place that had one with the proper dimensions and didn’t smell like rotten fish. I had rented it but after the shoot I actually found one on Craigslist, in the event I wanted to do a follow up… now it keeps all my beer cold (laughing), it’s a great beer fridge. It always reminds me of the film, so it has some personal attachment also.”

HNM “Did you finance the film out of pocket?”

TREVOR “I did, I’ve actually financed all my films. I’ll edit a film, save some money and try to make a film as inexpensively as possible. It’s not the route I always want to go but I also don’t like to wait. You can get caught up working on other people’s projects and never make the films you want to make, so you really have to pounce on opportunities, plunge in and go for it. I’m pretty good at the producing side as well, bringing people together and if the idea/concept holds up and if people are passionate about it – then you can have success. For me, I’m always going to be making thriller/hybrid horror type films.”

HNM “Do you believe – having a small library of films made can help secure financing?”

TREVOR “I think it certainly helps… The Freeze has been to over 20 festivals and has won 6 awards. Exhibit Man has been nominated 18 times, won 6 awards and has been to over 25 festivals – so I think that those accolades, nominations and wins certainly help make people pay attention and it gives you credibility… especially trust, when people are giving you money. The competition is always there but I always try to put my best foot forward. It’s a crazy business because you never know what people are looking for (laughing).”

HNM “How was The Freeze inspired?”

TREVOR “When I was 8 years old, I was playing pretend hide and seek in case my friends came over. I found a red camping cooler from the 80’s that had a metal latch, so I climbed inside and began to close it until only an inch of clearance was left. I could peek out from under the lid… but then the magnets pulled it closed. I was stuck and couldn’t open it. Luckily, my mom was upstairs and eventually heard me banging and crying. I don’t know how long I was in there but I thought I was a goner until my mom saved me and pulled me out of there. It’s always stayed with me, so I’ve always leaned into it to deal with it, which is why I lean into the horror and make creepy claustrophobic movies. I followed up by writing a feature, in the event – something happens with it. It’s a powerful story to me, so I’ve put it on the shelf in the hopes of coming back to it later because I realize that horror is very cyclical and you have to time certain genres. I followed it up with Exhibit Man, which has more of a comic element. I wanted to do something strange, a little weird and with a comic twist rather than straight creepy horror.” 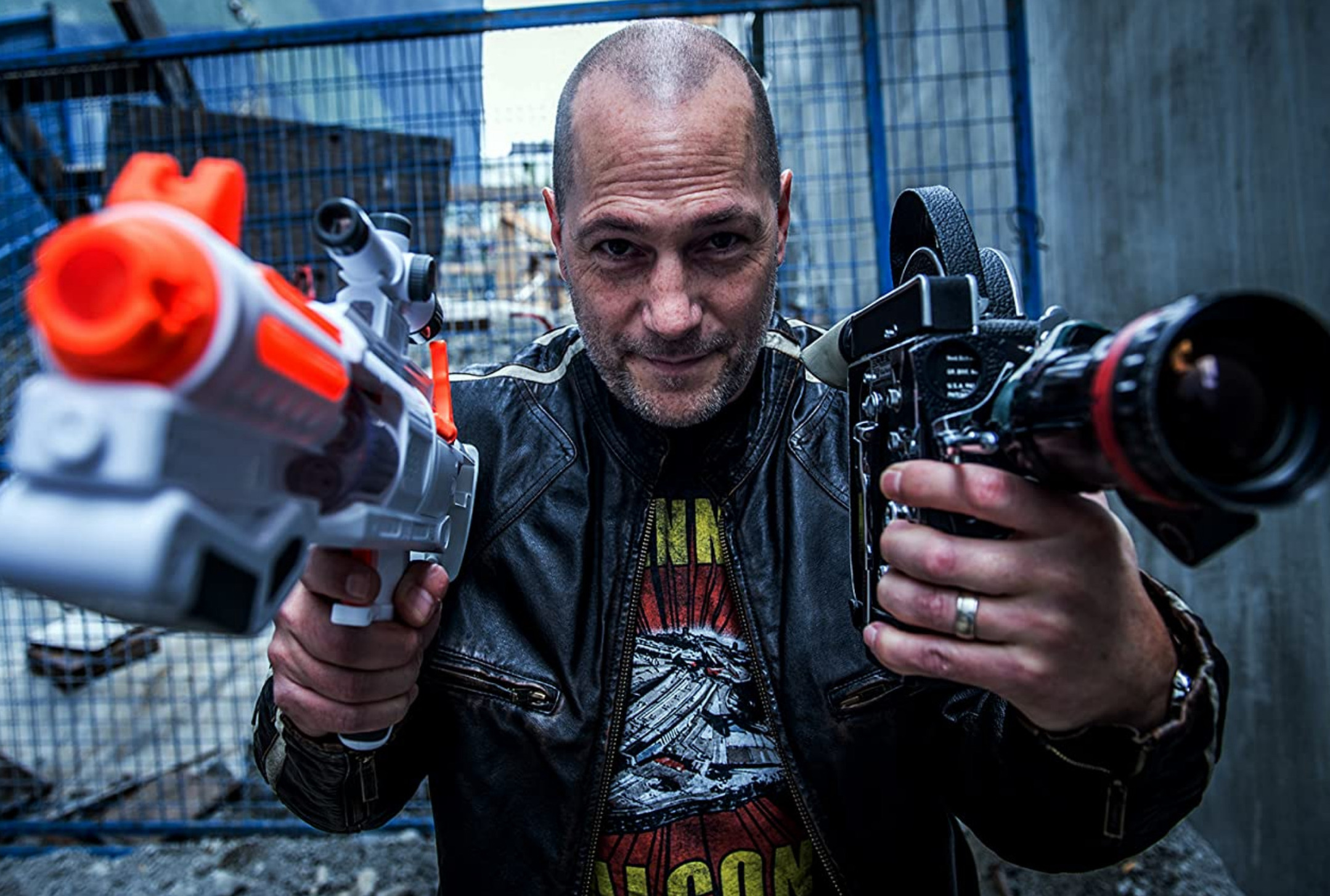 Trevor continued to tell me that he was mentored by the great Dede Allen, who edited Dog Day Afternoon, Slap Shot, Hustler. They worked on Final Cut together with Robin Williams. Trevor says, “She’s no longer with us, but she always said to cut with your gut and to follow your instincts, which is so true with writing, editing and directing.”

HNM “You’ve really carved yourself out a reputation for editing, but do you want to be able to work full time as a director?”

TREVOR “It’s definitely the next level up, but I still enjoy editing features and I’d like to continue developing relationships on a bigger scale with the features. I want to be able to direct my own features someday but for now I’m trying to hone in on the craft of editing and directing. The writing is something I’d like to explore down the line and I enjoy it… but you can’t do them all. I’ll be directing my first feature film next though, if it can close.”

HNM “What’s the greatest thing about working in the film industry?”

TREVOR “I’d have to say, it’s the collaborating. As an editor and with writing, I’m often stuck in a room all day by myself and I miss the collaboration. My passion really lies in creating tempo and pulling emotion out of a scene, directing and blocking actors. Not only do I enjoy it but it provides balance from editing and writing, so when I’m directing, I get to work with a lot more people and it’s really the collaborating process that I enjoy the most.”

HNM “You have 50 miles to travel but 3 types of transportation to choose from. You can use a hot-air balloon, a motorcycle or a boat; which one do you prefer?”

TREVOR “Probably the hot-air balloon because you get to see everything from up above. I love space and being in the air and it’s something I used to do with my dad back in Calgary when we’d go for an outing. It’s been years since I’ve done it, he was an engineer and we used to make these giant paper airplanes and then remote ones. He’s no longer with us but those memories are definitely coming back with that question.”

HNM “One more fun question. If you could explore the deepest part of the ocean in a submarine for the day or orbit the earth in the space station for a day, what would you choose?”

TREVOR “Definitely space, I’d love to orbit for the day. I have space photos in my house, I talk to my kids about space and I’ve often asked my family if they’d take a trip with me to the moon once we’re able to. They say… no (laughing). I’m claustrophobic, so the idea of being in a small craft underwater would totally freak me out and I’d have to do some heavy meditating to get through it.”