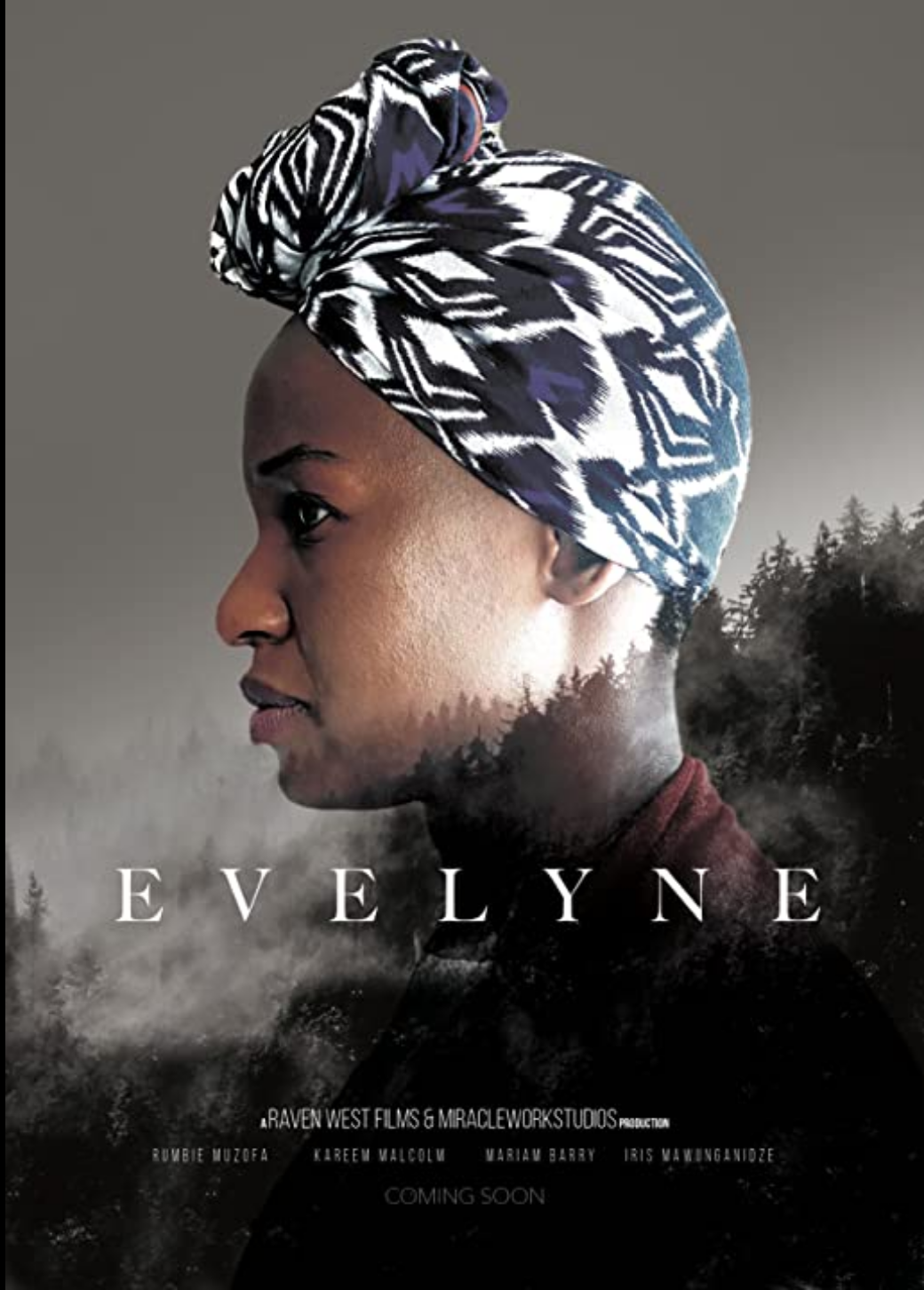 The Whistler Film Festival was back on Dec. 1-5 and continues virtually until Dec. 31. The theatres were full once again, popcorn was popping and emotions were impacted. There were new stories, new reasons to get excited and new rising stars to watch. One new rising star is Vancouver’s own Rumbie Muzofa and her performance in Evelyne has gotten our attention.

Evelyne is the story of a single mother and her daughter that have recently immigrated from Zimbabwe to Vancouver, Canada. The story follows her struggles to provide for her daughter, to provide a roof over their heads and how humanity comes to the rescue. This story opens a window into one immigrant story and then slams it shut. It shows the struggles, the abuse and the lack of advantages a newly landed immigrant faces. Rumbie’s performance is iron clad and director Carl Bessai pulls double duty as the role of Gary. This film is special in many ways because Rumbie’s young daughter Neemah performs beside her. It was young Neemah’s acting debut and she is a natural. Although an immigrant story, it’s very Canadian because it reflects the cultural diversity our country represents and how we are there for our neighbours, even the new ones.

Rumbie co-writes and co-produces this incredible story with Carl and his direction allows the actors to bring their best through fluid and natural performances.

A fashion designer from Zimbabwe that’s adding her talents to the big screen, is a new chapter in Rumbie’s life but I have a feeling those chapters will grow into a best-seller. She is blazing a trail with strong performances, her dedication to the craft and through her passion for telling great stories. I was thrilled when I learned I was going to interview her about this sensational film and it was amazing. Roll the tape!

HNMAG “You co-wrote the screenplay, acted in the lead role and co-produced this film. Where did the inspiration for the story come from?”

RUMBIE “Yes, it was a lot of work and quite a learning experience. The story was very close to home and based on what happened to me in my life. It really took a lot out of me professionally and emotionally as well. That was really interesting for me to go through. I had met Carl when I was auditioning for a show on CBC. We got to talking on set and I told him some of my personal life and experience. He picked up on a few things and began writing a script. I was very impressed by his work and passion for immigration stories like mine. Because he has so much experience, I asked him to be my mentor. I would fly myself out to volunteer on his projects and work with him on set. Through that, we built a working relationship and we started working on the script together. He brought the experience and I brought the realness to the story, filling in the blanks – what a person goes through as an immigrant. It’s not all flowers and roses, it’s quite deep.”

Rumbie continued to expand on her life before coming to Canada. “When I was 15, I was raped and I was molested a couple of times. Those moments in the film when I’m breaking down, are very real. It was therapeutic in a way… and as a woman, we tend to oppress our memories and try to forget. With this film, I had to bring all that back out in front of the camera and everyone around me. When the tears came, Carl told everyone to let me be and didn’t interrupt. He’s very passionate about authenticity and not acting, so that pain was very real and authentic.”

HNMAG “What would you like the audience to take away from this story?”

RUMBIE “I think the first thing is to respect the current times that we’re in. There is a wave of women that don’t speak up for a long time and I wanted to show the audience what happens behind closed doors. It’s a matter of fight or flight with an element of feeling subdued. Although this happens to a woman from Africa, this is happening to women around the world on different platforms and in many races. Being able to show the stillness and the silence – that is the reality. In addition to that, I wanted to tell the story of a Canadian immigrant and in Vancouver – we are many, it’s like the United Nations. I think it’s very important to tell those stories and show a different side of people arriving in Canada and what they represent.” 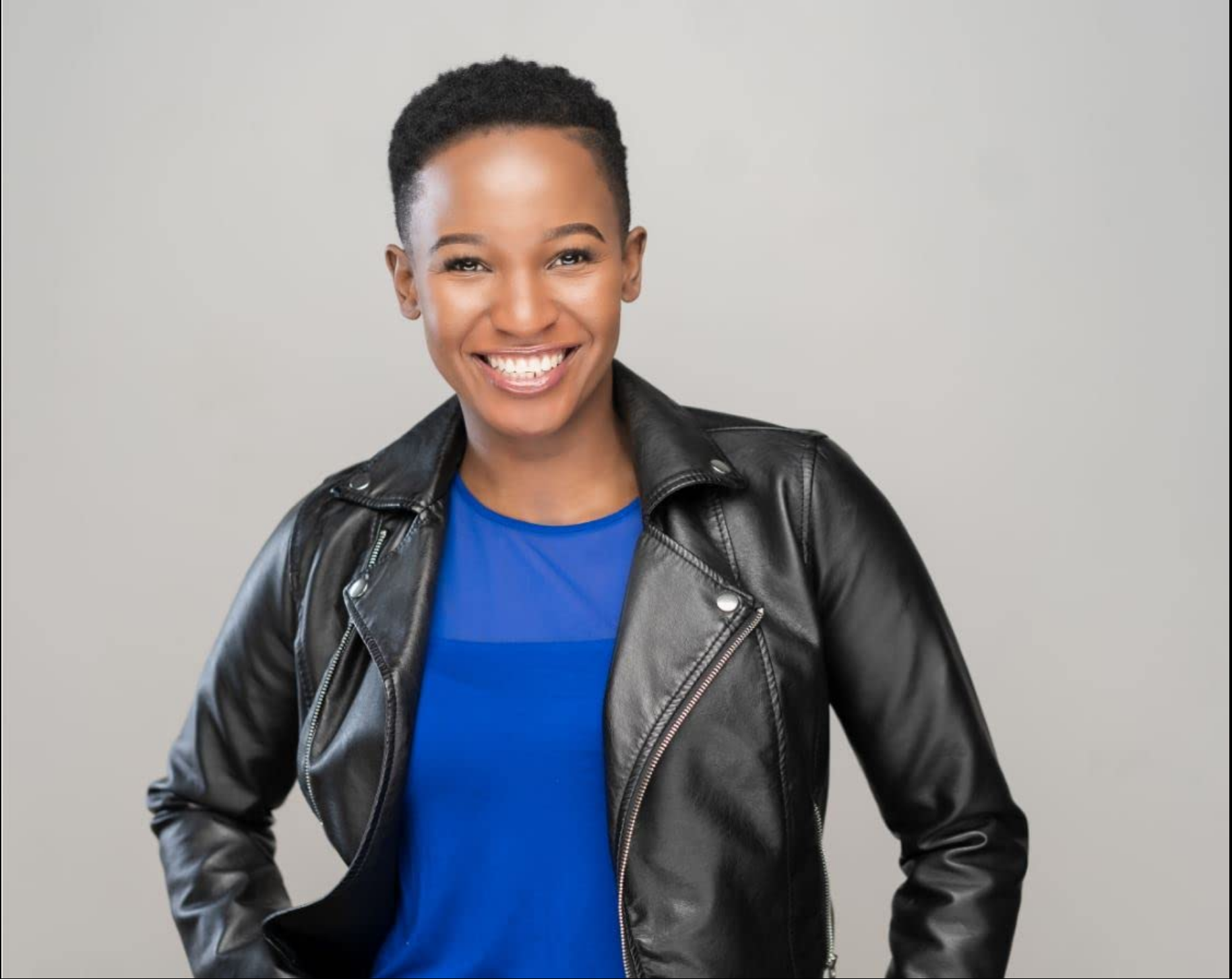 HNMAG “Your daughter also acted in this film. She’s a real natural. With your experience as an actress, what type of advice did you give her on acting?”

RUMBIE “Carl originally wanted to audition a young union actor but because of the pandemic, they didn’t feel it was safe. We used my daughter because there was already a connection there. When it came down to her performance, I would tell her what’s happening in the script and explain the meaning behind it, but I would just let her be and she would pick it up. We actually shot it in reverse and the beginning was shot last. By the time we got through the fight scenes toward the end, she was already tired from all the days of shooting. She was 7 when we shot the film and what she was doing naturally really worked for the scene. We didn’t have to give her much guidance, she knew what to do at that specific moment.”

HNMAG “Carl Bessai directed, co-wrote and played the supporting actor. Carl is primarily known for his directing. What was the motivation for him to act in the film?”

RUMBIE “It was really because of Covid and trying to determine how to stay aligned with the restrictions. We had initially cast another actor but with the changing times, we had to adapt with it. I turned to Carl and said, ‘you are Gary’ (laughing). It started as an idea but then he realized he could play Gary and he was such a natural. I remember watching the screening – everybody loved Gary and he was a breath of fresh air. He said he has much more respect for actors after being in their shoes. Because he was directing and acting, he said it brought another level of experience in his career.”

HNMAG “You began your career in fashion design. What interested you in acting?”

RUMBIE “I was a fashion designer in South Africa for 5 years but was always interested in acting. In my culture, there is a push towards a career in science and medicine. When you tell people that you want to be a fashion designer – they are not very optimistic and don’t believe you can make money. When you tell them you want to be an actor, they ask you what you’re talking about. Luckily, my parents were very supportive, so I went into fashion. In 2015, the Avengers film, Age of Ultron had shot some footage in Johannesburg. It was the start of Fashion Week and the production team had begun searching all of Africa for fashion designers to design a collection inspired by Age of Ultron. I was one of the designers selected in celebration of the release of the movie. After being involved in the process and fusing the fashion with the film, I felt ready to take the leap into my film career. I understood that it could take time and that it would be difficult to do both, especially with kids. I decided to focus on film and building a rapport in filmmaking, eventually connecting the two as I continue to grow. I’ve continued to focus primarily on film and growing/developing a solid foundation.

HNMAG “Have you ever considered working in wardrobe in films?”

RUMBIE “With film, I am more interested in being on the screen. With my fashion design, I‘d like to create collections inspired by ethnicity fused with modern day. I like clothes with an edgy feel and would like to release a collection where people can buy boutique style designer wear.”

HNMAG “What language were you speaking in the film?”

HNMAG “How long did it take to shoot this film?”

RUMBIE “I believe it took 2 ½ weeks because we took breaks in between. We would shoot in 4-day increments and also keep the themes the same within those 4 days. For example, all of the park scenes would be filmed within that 4-day block. All of the scenes that required stunt work would all be shot together and all of the dinner scenes with Gary were also shot together. It worked very well logistically, however it was a little tricky in the sense that I would be crying in one scene and happy in the next one. I really had to be on top of my game. In that regard, it was challenging.”

HNMAG “Do you have distribution for this film?”

RUMBIE “We’re still working on that at the current moment.”

HNMAG “Will this film continue to screen at film festivals?”

RUMBIE “Yes, I’m still working on getting it into more festivals. I would really like to submit it to some African film festivals and make that connection between African and Canadian film. I think people would really like to hear those stories. In Evelyne’s story, only finding work as a housekeeper is a strong reality for immigrants that lack other opportunities in the country – so you take what’s available. You really have to go after what you want and push yourself.”

HNMAG “If you could disguise yourself as anyone for the day, who would you be?”

RUMBIE “(Laughing), that’s interesting. There’s a name that popped into my head right away. I would disguise myself as Beyonce. With so many celebrities and social media platforms, you get to know celebrities and their personal lives – there’s no mystery. With Beyonce though, she’s been able to maintain a certain level of privacy. There was an elevator fight that happened a number of years ago and nobody knows all the details. Maybe I’m being nosey, but I’d like a sneak peek (laughing).”

HNMAG “My last fun question. Would you rather spend a day in outer space orbiting the earth or spend an entire day in the deepest part of the ocean?”

RUMBIE “Definitely outer space (laughing). There’s something about being at the bottom of the ocean that makes me feel claustrophobic (laughing).”

Evelyne is an eye-opening story about immigration and the struggles of being a single parent in a new country. Canada is a diverse country and I hope we can expect more immigrant stories in the future that might help educate others that have formed opinions without good information. Best of luck to the new Star to Watch – Rumbie Muzofa!