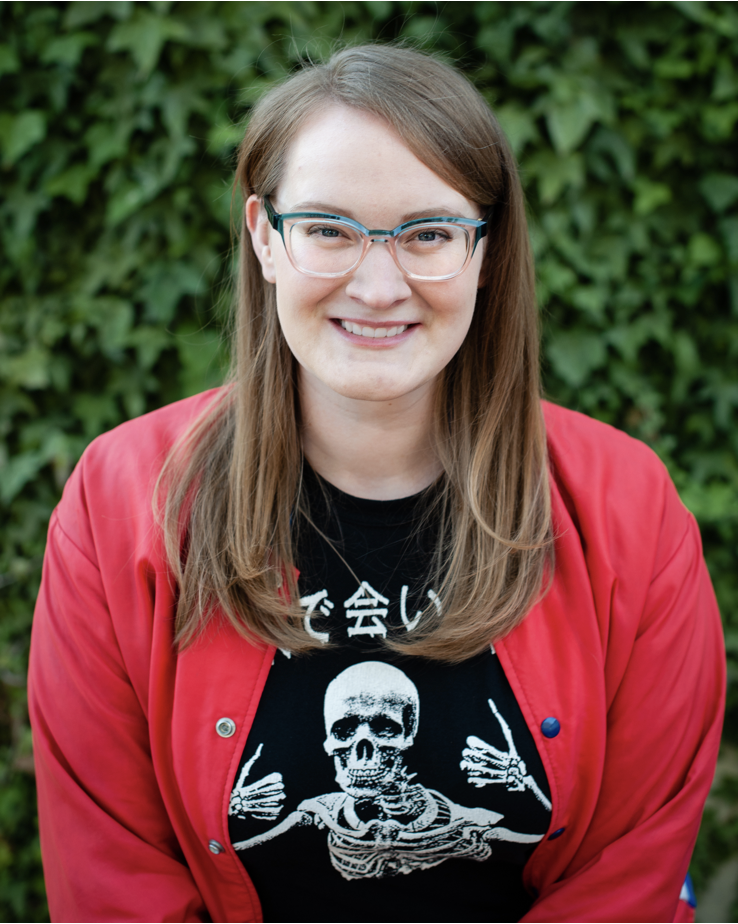 It may lack the publicity of live action content, but BC is home to some of the world’s best animated features, TV series and shorts. From high profile titles like Spider-Man: Into The Spider Verse to the recently released Addams Family, Vancouver and the talent living here have produced truly excellent work. More than enough to warrant hosting the Spark Animation Festival at Emily Carr University on Oct 26-27.

One of the featured presentations this year is the result of this year’s Five in Focus, an initiative to promote female talent in the BC animation field. For 2019, they have produced The Butterfly Affect, a charming story of a worm trying to find her place in a world built for butterflies. For Stephanie Blakey, it’s a chance to move up from drawing storyboards and into the director’s chair. I recently spoke with her to discuss the short, different forms of animation, and working with an all-female team.

How did you become involved with this project?

For this Five in Focus animation initiative project, this is the first year they’re running it, at least for animation. I honestly hadn’t heard of it until I was nominated to apply for it. The way that they got applicants was that someone in the industry was nominating people whom they were aware of or worked with, so I was nominated to apply for director. And because I absolutely want to direct, I went and submitted my application right away and luckily they chose me.

How did working with a Female-led creative team compare to other projects you’ve worked on?

So the main focus of this project is that it’s about elevating more women or women-identifying people in the animation industry in roles that normally don’t have people like them at the helm. It’s kinda funny because the last film I directed was also female-led; not as per any project or mandate, but it’s just kinda how things fell into place. So it’s quite a familiar territory for me, but still a lot of fun and very easy to bounce ideas off of each other. I’m more than happy to do it again. How long was the process of producing Butterfly Affect from conception to completion?

So for this film, Amanda Konkin the producer, she was brought in around September last year. So since then she’s been working on it, I think it’s been just over a year now and then she brought me on from the selection of directors she was presented, I think around October or November. So I’ve been on just about a year as well, but it’s gone by very quickly.

I noticed from your bio that you enjoy working with more analog and tactile forms of animation.

Yeah, that’s right. So for my previous film, The Last Resort, it was a paper cut-out animated film. I had done a previous film using digital cut-out, just in After Effects here in Vancouver when I went to Emily Carr. But The Last Resort, I made in England as part of my Masters Degree thesis film. And I figured “Well, I’m out of the country, so I might as well get out of the computer while I’m at it.” And I had the most fun working with that kind of…yeah, just being able to touch background and the characters, you have literal fingerprints on the film was something very appealing to me.

And that’s something that I spoke to Maisha Moore, the art director for The Butterfly Affect, about how to get a similar feeling in what we knew was going to be a completely digital film, but to still have that kind of warmth of hand-made…I guess creation. So for The Butterfly Affect, we went with almost like a silk screen printing technique or kind of attempt at that style digitally, which I feel gives the film a lot more warmth.

What was the inspiration for the story of a worm living in a world of butterflies?

So the story for The Butterfly Affect actually has kind of a funny story behind it. The writer who applied for the position, Jen Davreux, she submitted three very short logline ideas to us and that was one of them. It didn’t really faze me as much as the other two ideas that she submitted, but after she came up with the outline of it, I completely understood it.

She had written it based upon her own personal experience on applying to the Five in Focus project. She had been a storyboarder or a storyboard supervisor maybe 6 or 7 years. And once you’re in a position like that, it’s very hard to get out of it. And she’s always wanted to get into writing, but it was very hard for her to make that switch. So this was her opportunity to try writing. When she applied and saw the rest of the people who had applied who maybe had more experience in whatever field they were looking at, she kind of felt like this worm in a world of butterflies. So it’s an incredibly personal story for our writer, but it’s one that I feel a lot of people can relate to.

The story kind of reminded me of The Ugly Ducking.

Oh yeah. I sort of like to joke about this. It’s like The Ugly Duckling except she doesn’t turn into a swan and she’s fine with being ugly.

I hope that audiences can maybe relate to our main character Jesse in some way. If they’ve been misunderstood or mis-labelled or something is expected of them that they physically cannot provide, maybe they can feel some kind of camaraderie with her. That it’s okay to be yourself or to accept your limitations or to thrive in your limitations. You can’t get mad at a fish for not being able to climb a tree, right? So excel in what you can do and not obsess over the things you can’t do.

In the future, I’m looking at hopefully doing storyboard supervising at my current studio, Atomic Cartoons. I’m currently a storyboard artist which I’ve been doing for the last 2 or 3 years. But I’ve made it clear that I want to direct. I have ideas with Amanda Konkin, the producer on Five in Focus, we started a company together called Spectacle 5 Films and we’re going to try to pitch a couple of short film ideas at upcoming festivals like Annecy. We’re gonna be doing panels next week at the Spark Animation festival here in Vancouver as well as possibly something down the line in LA, so there’s still more to come!

The Butterfly Affect screens as part of the Spark Animation Festival on Oct 26 @ 5:45pm