Born to sing and singing to live might begin to describe 15 yr. old Country music sensation, Scotty Berg. He started singing at the age of 4 with mom and dad taking notice – our boy has a set of lungs. Scotty began singing lessons and today those lessons have landed him a recording contract with Predominant Studios.

Discovered on Instagram, his hard work, dedication and incredibly fine-tuned voice, has truly laid the groundwork for this young music artist. He recently finished in the Top 3 at Best of Kelowna 2022 and he’s still only 15. Songs like ‘It Ain’t Over’, No Time to Waste and You Don’t Have to Be Alone – demonstrate Berg’s range, his control and ability to capture his audience and keep them. He describes it as Pop Country and I describe it as phenomenal.

He was my very special musical guest and I was excited to talk to him about his new recording contract with Predominant Studios. I was reaching him at his home in Kelowna and it was awe inspiring – roll the tape!

HNMAG “I’ve listened to some of your music and I was very impressed with how advanced it is for a young music artist (15) with a recording contract. When did you start singing and making music?”

HNMAG “What would you say influences your music the most?”

SCOTTY “Probably the singers. I have to see what they’re doing to influence myself. I’d say Sean Mendes, Ed Sheeran, Justine Bieber – all the top 40 people.”

HNMAG “What’s the largest audience you’ve ever performed for?”

HNMAG “How are your nerves when you’re on stage?”

SCOTTY “They’re good, I just get nervous in the beginning, just before I go on stage but once I’m on stage I’m in my zone.”

HNMAG “Do the other students in your school know that you’re in music?”

SCOTTY “Oh yeah, everyone knows and they’re all super supportive. I really appreciate it.”

HNMAG “I understand that you’ve recently signed with Predominant Studios. How did that relationship percolate?”

SCOTTY “They scouted me on Instagram. I usually post covers and I just released 3 songs over the past year. I’m on Instagram singing all the songs.” 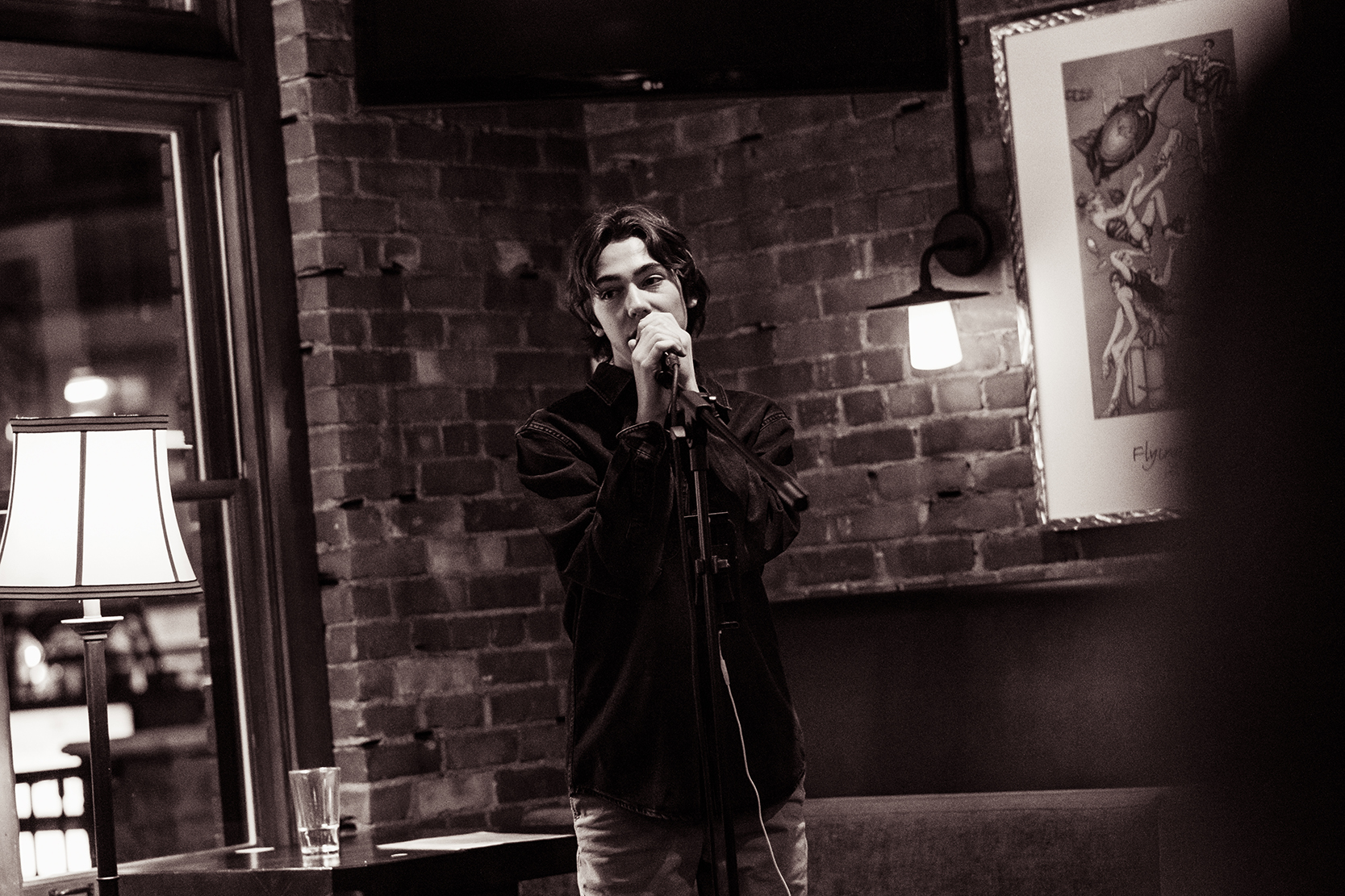 You can find Scotty on Instagram @scotty_berg for all his original music and some very cool photos, some of them are performances.

HNMAG “Do you have an album that you’re currently working on?”

SCOTTY “I am working on an album in the summer but I’m not sure when it will be released but it’s going to be a 16-song album.”

HNMAG “I understand the lyrics and the singing, but how do you create the rest of the music?”

SCOTTY “The producer does that, he mixes and masters it. I’m heading down to Nashville to write more songs. It’s basically a writing circle with other rad people and we bounce ideas off each other until we write a song.”

HNMAG “I listened to a couple of your songs. One was slower and mostly piano and lyrics. The lyrics seemed so well thought out – how do you come up with your lyrics?”

SCOTTY “It’s all about how I’m feeling in the day – I’ll jot it down in a notebook, go into a studio and we produce something.”

HNMAG “Would you ever consider writing about an event or social issue that might have impacted you?”

HNMAG “Where have you performed?”

SCOTTY “About 3 months ago I went to Austin, Texas for SXSW and performed on a riverboat. It was pretty awesome. I was only there for 3-4 days. Most of the performances are around Kelowna – wineries, breweries, it’s great.”

HNMAG “I’ve been there a couple times and had heard there is a location with a large concentration of bats.”

SCOTTY “I watched that. We were at a location at night across the way and about a million bats flew up. It was crazy!”

HNMAG “If you could collaborate with any artist in the world, who would you dream of performing with?”

HNMAG “Do you see yourself as a solo artist or do you anticipate forming a band?”

SCOTTY “I see myself as more of a solo artist. I get asked to work with bands but it feels right doing my own thing.”

HNMAG “How would you categorize your music? The two songs that I heard were quite different.”

SCOTTY “I would classify myself as Pop Country.”

HNMAG “Do you play any instruments?”

SCOTTY “I play guitar and piano.”

HNMAG “If we both sat down to do this interview 5 years from now, what would you be telling me about where you are in your career?”

SCOTTY “That’s a hard question… maybe I’m on a world tour or maybe I have a billion streams on a song, maybe that.” 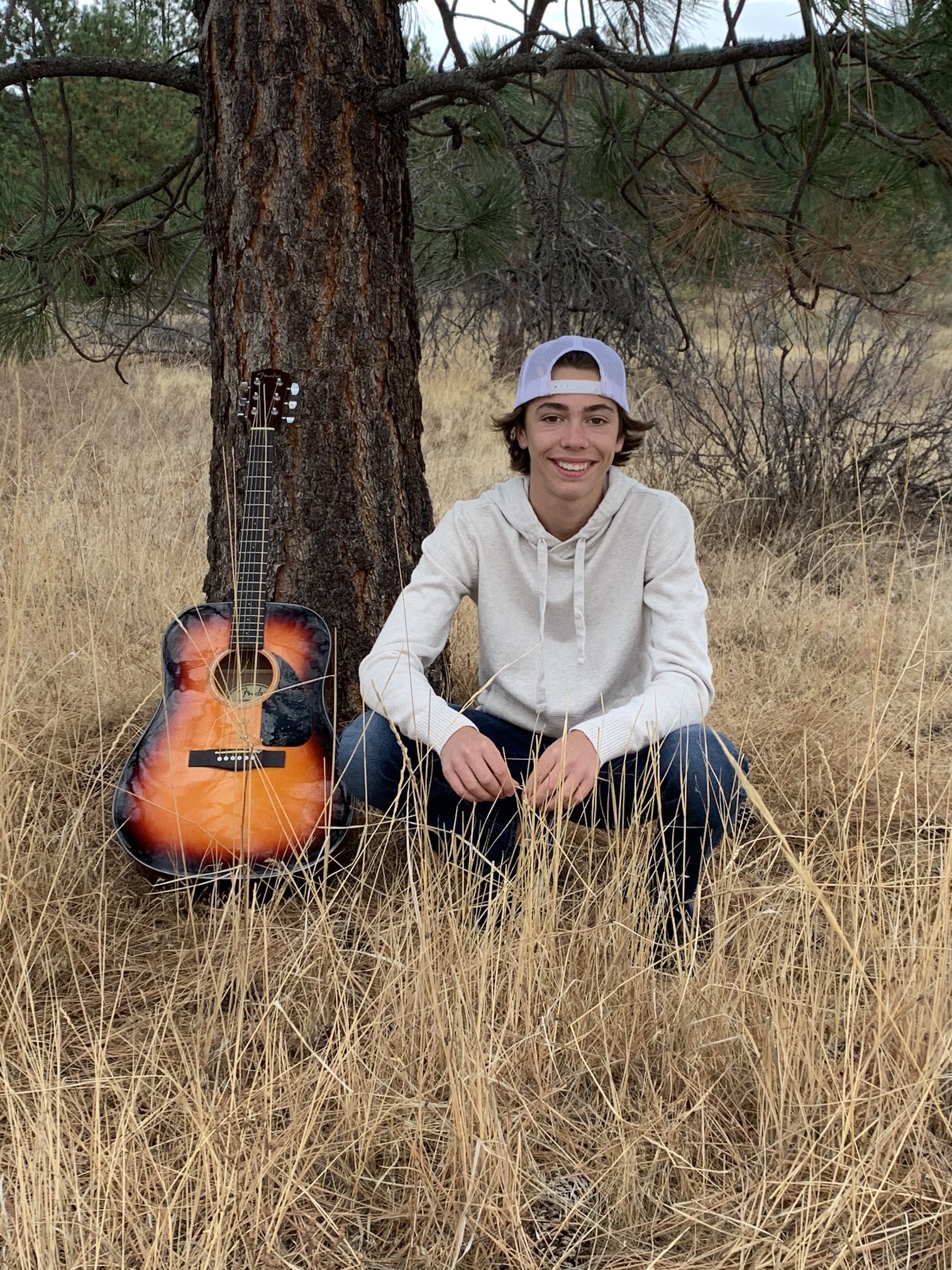 I may never go back to karaoke again… because I might’ve pulled a vocal string and the doctor said it might never heal.  Scott Berg however, is at the top of his game and the crowd keeps building. I think if Sean Mendes needs to boost start his career, Scott Berg is seeking a collaboration.