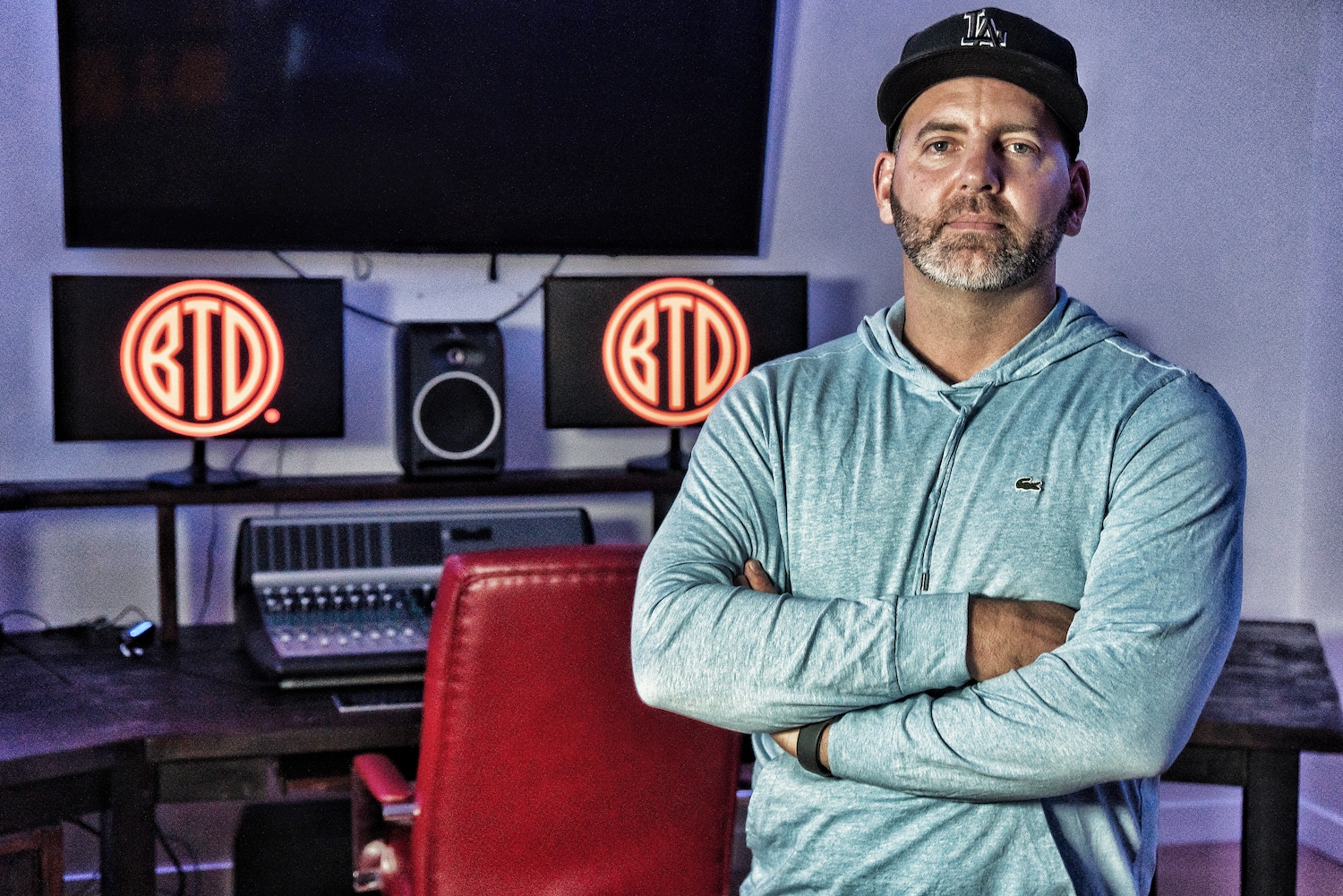 Without risk, there is no reward. Backroad Truckers takes that to an entirely other level. If you need a tow, you’re stranded on a logging road, you need a delivery to an isolated location, you’re a chunk of salvage – they will find you, save you, deliver the goods, salvage the goods and call it a day… get up in the morning and do it all over again. A career with its ups and downs, doesn’t quite say it when your job demands you drive up and down the mountain roads to complete the often treacherous task. I’m referring to the backroads of Barriere, Tappen, White Lake and leading up to northern BC. Not the kind of terrain your average vehicle was designed for… and not the kind of adrenaline rush every driver can handle. Where others don’t dare to go, Backroad Truckers is already determining the best angle of attack. Much like a surgeon seeking a clogged artery through a freeway of veins, these drivers traverse through broken roads, dead ends and new channels to reach the heart of the operation. It’s practically the same thing.

Surgeons must have nerves of steel (the medical analogies continue) and these drivers can’t be nervous when looking for it, scrap that is. The mission is over the top, the rigs are battle ready and these hot-shot drivers are real characters that get shaken but not stirred. Angela Kirstein, Dave Schwandt, Big Donny Kleinfelder, Craig Gruden and Dale Kristensen are the gladiators mounting their steed to go off and fight the dragon – not for the money or the glory or even the rush… it’s all about the bragging rights! (End of bad analogies)

Certainly, this adrenaline filled show didn’t appear out of thin air, right? Actually, it kind of did but it was Matt Shewchuck’s experience and keen eye for talent that brought camera to mud,  put stories in front of people, showed us a beautiful playground that only few get to enjoy… and a crew that loves their work, the fresh air, the challenge and the rewards. You won’t soon find them working behind a desk pushing the pencil of doom… not that there’s anything wrong with that but I’m starting to look at my truck differently after watching the first season.

As mentioned previously, Shewchuk’s company (Big Time Decent Productions),  brought this team of hot-shot drivers to the networks and the networks are very thankful because the ratings are screaming for more. Shewchuk has developed a skillset, a flavour and an instinct for unscripted television, along being the President & Executive Producer, René Brar is Head of Development and Jeff Kinnon is VP of Factual. Together, they’ve created shows like Ice Pilots, Bomb Hunters, Rust Valley Restorers, and License to Drill. The BRT series has been picked up for a second season after being greenlit by Corus Entertainment. You can catch it on The HISTORY Channel® across Canada through to 2023. The popular TV show has recently been sold to Hulu in the US and if you’re in Europe, you can tune into the show in Germany, Portugal and others.

Backroad Truckers checks off all the boxes and I needed to fill my boots with more, so their people talked to our people and Matt Shewchuk answered. Roll the tape!

HNMAG “This is an incredibly exciting and popular show. I know that Backroad Truckers has been picked up for a second season on The History Channel in Canada and was recently picked up by Hulu in the US. Has there been International interest in the show?”

MATT “Yes, definitely. Season 1 and 2 have been picked up by Hulu in the US and season 1 premiered on June 15th  and we’re looking forward to the numbers on that as they come out. Sometimes they let us know, sometimes they don’t. We’re hoping for some good numbers but they’re already taping season 2, which is going to air sometime in the Fall. It’s being sold all over the place – it’s in Germany, Russia, Portugal. It’s out there and doing well, like Highway Thru Hell, Ice Pilots, Heavy Rescue and the others.”

HNMAG “How was the idea for the show conceived?”

MATT “I’ve been working on a variety of TV shows as a director for hire. Shows like Bomb Hunters, Rust Valley Restorers, License to Drill, Heavy Recue, Highway Thru Hell and having spent so much time traveling across the country in these remote towns, being in northern parts of the world that are busy – I discovered that there were these hot-shot drivers that would bring parts and tools; I’ve even heard of executives in the oil patch that asked for their favourite Chinese food sent up from Calgary or Edmonton to Fort St. John. Those kinds of stories had triggered a few ideas in my head. With these kinds of shows however, it’s not just the idea, it’s the characters. Having done a full season of Rust Valley Restorers, that show is full of characters. As we’re filming the show, I’m thinking about more than a hot-shotting show but more of an off-road hot-shotting show. There’s a lot of backroads around Barriere, Tappen, White Lake, leading up to northern BC. Along the way I met a group of guys that had a friendly and already existing competition going on. Authenticity is very important and these guys actually do this stuff. We slowly put it together and created a sizzle reel. After that we brought it to Corus (Entertainment), who own The History Channel and they loved it. They greenlit it and here we are in season 2.”

HNMAG “Are all of the same characters back from the first season?”

HNMAG “I recognize that this job is extremely dangerous at times. On a scale of 1 – 10, how dangerous is this job?”

MATT “At times it’s an 11. Overall, it’s reaching a 10 because they’re by themselves at times. We’ve been in many situations where multiple vehicles break down and it gets pretty harrowing – it’s definitely up there.”

HNMAG “Does the camera crew take extra precautions when capturing the footage?”

MATT “We try to use Go Pros as much as possible, action cams and fixed rig stuff. We try to get driving interviews but we try to be set up to be as safe as possible. They’ve all been trained and understand from other shows out there and seeing bad experiences from other companies; sometimes accidents happen. The guys that work on the show take every precaution to ensure their safety.”

HNMAG “How many camera operators would you use on a location?”

MATT “The teams are usually smaller, I’d say 3 or 4 but sometimes it’s 2, depending on the size of the trip. We try to use 3 or 4 most times to have safety and backup drivers and backup vehicles in case things go sideways.” 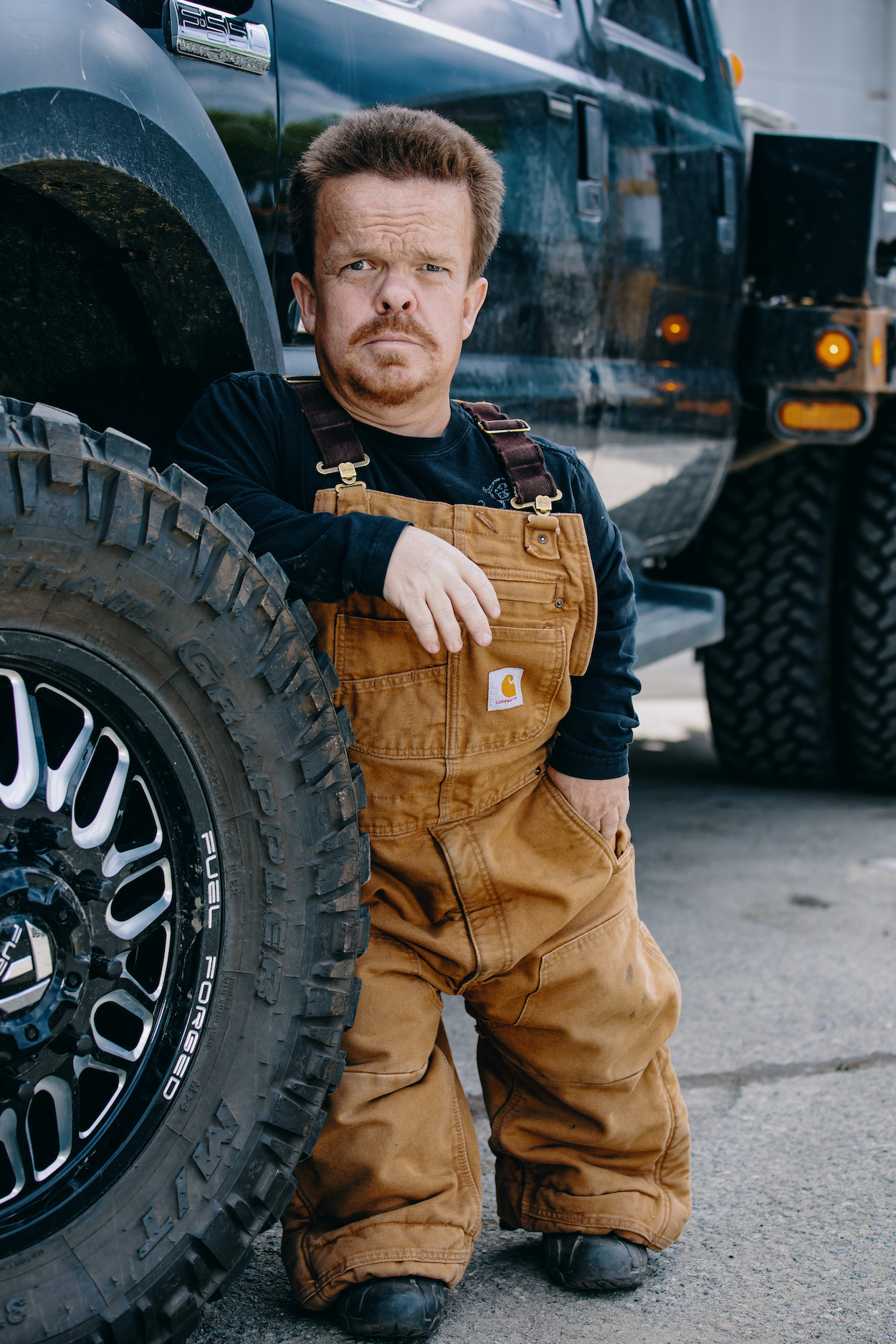 HNMAG “Would those camera operators be coming out of Vancouver?”

MATT “Vancouver and Alberta. We’ve had a few from Ontario as well.”

HNMAG “How many locations are you covering in the series?”

MATT “The two home bases are White Lake, which is near Tappen by Rust Valley and also in Barriere. In terms of locations, we’re usually covering 2-3 stories per episode. Maybe 24 per season… depending.”

HNMAG “Is there an episode that stands out in your mind from the season?”

MATT “Definitely the episode with the big peak and the dirt bikers were there in the middle of Dave’s recovery of the excavator. That was really a complete story, in the sense that there was the salvaging component – in the bush and trying to rig the excavator out. Unfortunately, Dave wasn’t able to get it out. There was also the danger factor, being up on a high peak.”

HNMAG “There’s a character on the show, Dale Kristensen that is getting his own Youtube channel. Is your production team helping him with some of that?”

MATT “Yes, we’re helping Dale with that and we’ve helped him grow his Tik Tok. We’ve had a lot of experience with Mike (Hall), Connor (Hall) and Avery (Shoaf) in helping them with their social media. After the show, people/fans will be eager to see what they’re up to. With the new season coming out, it’s great to have characters that have a good following. It helps to push the show and promote it. It gives the fans a little extra considering there’s only 8 episodes per season. We’ll take all the extra eyes we can get on the show. With all the social media outlets and platforms out there, it’s pretty wild. I’m pretty close friends with Mike (Hall) and we hang out a lot. We run a separate account, called Rust World, which links everyone’s social media together on TikTok and I’ll shoot some random stuff. Literally, one post on Rust World has over 11 million views of Mike getting served a fancy drink in Vancouver. There was smoke coming out of it and it’s a simple 8-10 second video. Dale saw that we obviously knew what we were doing, so he’s in.”

HNMAG “I suppose it helps to know your way around the social media platforms when you’re the owner of Big Time Decent.”

MATT “Yes, I am and I’m also co-owner of Mayhem Entertainment with Tyson Hepburn, co-creator of Rust Valley (Restorers), however he’s branched off with his own company and I’m officially running Mayhem.”

HNMAG “I thought René Brar, Head of Development was also meeting us today. How does he fit into this show?”

MATT “Oh yes, René is the Head of Development and helps me to develop new TV shows. We just got back from Dana Point, California and Hollywood in Los Angeles, we were in Banff for 4 days for the Banff Media Festival and then Dana Point for Realscreen (Summit). It’s a conference for broadcasters and we pitch concepts and ideas directly to the main Exec’s and all the networks, which is great. When I had started 5-6 yrs. ago, totally different story. We have a lot of irons in the fire with over 22-24 shows in development in various stages. We’re also in development with a true-crime recreation themed show for CBC, as well as in development for a factual-style show with Corus Entertainment. Sometimes we’ll put a 5-6 pg. pitch deck on the concept. René is amazing, he went to Yale for Film and Television and got his Bachelors, then stayed and did his Masters in Theology because he liked storytelling. He’s worked in LA for 10 years, with Ridley Scott and Toney Scott as a Development Executive there, he’s worked with Anderson Cooper on The Mole. He’s done a lot of scripted and unscripted development and I think he’s the best in the business.”

Big Time Decent is also thrilled to be partnering with producer Rob Vroom of Vroom Productions to launch a new Montréal-based post-production facility called QC Post Media. Last year, Big Time Decent expanded its support of local storytellers by providing $30,000 in post-production services to emerging Canadian filmmakers at the 2021 Whistler Film Festival, with plans to do it again for the 2022 edition.