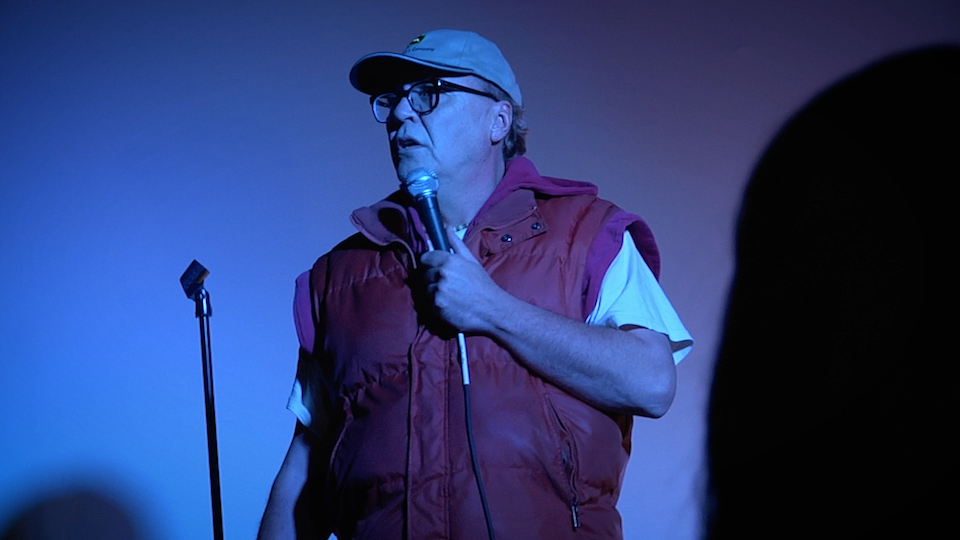 Have you ever been to a comedy club? If you have, I don’t mean to remind you of the laughs and endorphin rushes you are missing but I did want to touch on how important laughter is, especially in a time when we’ve had nothing to laugh about. You might believe that laughter is only reserved for comedy clubs, living rooms and the water cooler at work but those are all givens. Laughter is most appreciated when you didn’t see it coming and it knocked you sideways. It can happen when you are mourning a loved one, after a breakup or when your life has been reduced to an echo. You’ve hit the bottom and it’s dark… then suddenly, a friend delivers a joke that fills the room like a searchlight. Your instincts take over and you laugh hard. You laugh hard because at that moment you realize, as bad as life gets, if you can still laugh you will survive.

Thank the good gods for comedians. People that have a gift for satire, seeing the light in the darkness and tasked with filling a room with gut splitting, nose snorting, drink spewing, applaud winning laughter. For the entertainers that dare to tread, they expose themselves to criticism, an environment rich in alcohol and drugs and at the end of the night, a hotel room with a single bed and nobody to lean on. Most of us can’t appreciate what an entertainers life is like once the curtains closed.

One such comedian that found themselves on a runaway train managed to get off and bought a return ticket. He’s back after rehab and has reinvented himself. Richard Glen Lett has been in sobriety for 11 years and has kept looking forward. His career has evolved from comedian to Santa and rising actor. I had interviewed Richard 2 years ago and it was an absolute pleasure to hear from him again, to know that he is still finding happiness and quality in life through his comedy. We spoke by phone, for obvious reasons… gas prices went back up!

Incidentally, the documentary Never Be Done: The Richard Glen Lett story will be distributed by Comedy Dynamics on June 16, 2020. The documentary will be released for rental and purchase on the following platforms: Amazon Prime Video, YouTube Movies, AppleTV, Google Play, Vimeo, Microsoft XBOX, Direct TV, Breaker, Comcast, Cox Communications, Dish and Xfinity and on other platforms after June 30th, 2020.

“The documentary on your life of addiction and recovery, Never Be Done is being distributed by Comedy Dynamics. Congratulations on that! When the documentary screened at the Whistler film festival, how was your reaction to the film and how were peoples reaction when they approached you afterwards?”

“They played it twice, which was good because the first time I saw it was shocking. I hadn’t seen one frame of the film before arriving in Whistler but people that had interviewed me had. I was actually forewarned by a journalist for the Vancouver Sun that I don’t come off as a very likeable person for the first 44 minutes. I found it very foreboding. I was in my 10th year of recovery when the film came out and now into my 11th. The credibility of the film is maintained by my sobriety and is not lost on me or the producers that this film would have far less legs if I were dead or drinking. In getting back to your question, the second time I watched it I thought Roy (Tighe) had made an excellent film. The vast majority of people were inspired, they were grateful and when it screened at Just For Laughs a couple months later I was given a standing ovation when I walked out for the Q&A. By the audience response it felt like they appreciated my journey, my courage and my willingness to share that.”

“Since going through sobriety and taking a new approach to your comedy with your show, ‘Sober But Never Clean’, does it feel like your best chapter yet?”

“Certainly, that’s the hope. The thing about sobriety is, there’s no guarantees that you’ll suddenly become a show champion. My hit show, Never Sober Never Clean sort of played itself out after performing it, approx. 60 times. In a lot of ways, the documentary told much the same story as the one-man show did, so it felt redundant to keep doing it. I moved onto using a similar format to talk about a different issue, which is my journey with testicular cancer. I called it One Nut Only and I was booked with the Vancouver Fringe to do it this fall, but who knows what that will look like or if it happens at all. I haven’t withdrawn from it because I want to stick with it to see what can be made of it. However, the sound bite to your question is, yes I do feel like this has been a second chapter of my life and I’m in a new relationship, I’ve been concentrating my efforts into more film with The Corona movie and All Joking Aside.” “Are you still friends with Roy Tighe, the director of Never Be Done?”

“Yes, better friends than ever. He lives in LA and I’m up here but we talk frequently online.”

“Have you had anyone approach you to say thank you for inspiring them to get cleaned up?”

“Based on the documentary, yes but more so in my work within the recovery community and various twelve step programs. I’ve done many comedy shows as part of recovery conventions, fundraisers and more. One of the people that I guided early in recovery flew to Whistler and got up on stage to give a testimony on the positive impact I’ve had on his life. The point of this film was to help other people through recovery. Roy is also in recovery, as are many other people that were involved in the making of the film. Having watched me go through recovery made them look at themselves and several of them are now celebrating 7 or 8 years of sobriety themselves.”

“You received a rare standing ovation at the London Poetry Slam for your one-man show “Sober But Never Clean”. It was described as such: “Richard grabbing the audience’s attention and not letting it go. His ability to make the crowd laugh and reflect simultaneously by sharing intimate personal stories mixed with hilarious jokes is unparalleled. How does it feel to receive such a glowing review like that?”

“To receive an accolade like that obviously makes me feel joy, encouragement and I’m very flattered but it’s also affirmation that I’m on the right track. It’s sometimes hard to know what our purpose in all of this is.”

“Your relationship started flourishing with your daughter after recovery. Is it still going strong?”

“Sure, absolutely. I was living in Toronto for a good portion of my recovery and have only been back for 3 years. We’re able to have lunch dates and coffee every Wednesday for months at a time. When you’re touring and come back for a few weeks and trying to cram it all in within a short amount of time, you’re only seeing that person in a fixed setting but when you have the opportunity for more frequent casual connecting, meaningful growth can come out of that along with inspiring each other; she’s very smart and a very kind young lady. She studied holistic nutrition, so she’s able to tell me how to take better care of myself, she’s able to listen when I’m going through life’s trouble’s and in return I’m able to give her my attention and guidance.”

“You were recently in the new film, Corona. Can you tell me about your character and how you landed the role?”

“It came up rather suddenly. A friend of mine, film actress Andrea Stefancikova knew Mustafa and he felt, even in the early stages that this virus was going to be bigger than imagined. He also has a long time girlfriend that’s Chinese and has felt the sting of racism because he also happens to be Iranian. He pursued the idea of the racism that he felt was being thrown at his girlfriend regarding the virus. He came up with the idea of people trying to get out of an apartment building that had a virus breakout. We shot it in 2 days on Valentines Day and the 15th of Feb. The virus was happening but we were still several weeks away from the lockdown. The film had also been influenced by 1918 in the sense that it was made to look like one continuous shot. I was originally cast as an old dying man but I had just turned 60 and don’t present well as an old dying man. Instead, I was turned into a racist biker with tattooed arms and a giant swastika on my forehead. When we were shooting, we’d do it in 20 minute chunks and do it again and again. We crammed through it in the two days stuck/crammed into a nasty environment and I was the nastiest.”

Richard goes onto say that he had to leave for San Jose a couple weeks later for a Red Carpet event for the film, All Joking Aside. He had arrived on a Thursday, the festival started on Friday and on Saturday they were announcing that the festival would be ending on Sunday because of the Covid-19 virus. He had to scamper back home as soon as he could. By this time Mustafa had finished post on the film and it was already getting tremendous attention. In every publication they’d use Richard’s image as a bearded racist guy in a wheelchair. He still hasn’t seen the film.

“Is the film available online and where can we see it?”

“No, he’s still working on it. I just signed a release agreement that allows them to find a distributor. There’s certainly been a lot of interest in the film because it’s the first Corona movie.”

“Would you rather compete in a demolition derby or a pie eating contest?”

“Demolition derby. I do love to drive and happen to recall a time in university where you’d pay to use a sledgehammer on a car. I seem to remember causing some serious damage and I think I enjoy the pleasure of smashing things.”

“How are you managing with the corona virus in your own life?”

“I am very glad that I’ve done my own taxes over the last few years and that I’ve always represented myself as self-employed. It’s certainly helped with the Covid-19 payouts. I’m concerned about my employment as a standup comedian and a mall Santa. I’m also concerned about my TV and film acting and if those jobs will continue to exist. In TV and film it’s unionized and there’s infrastructure but in standup comedy there is no union. Our success is contingent on flying to some location and performing in a packed basement, putting bums in seats and not bums in every fourth seat.

These are definitely uncertain times but creative minds will always adapt and improvise a way back into mainstream. It’s survival of the fittest and Richard Glen Lett has already proven he has moxy and endurance. A talent to be appreciated and a great guy to talk to.