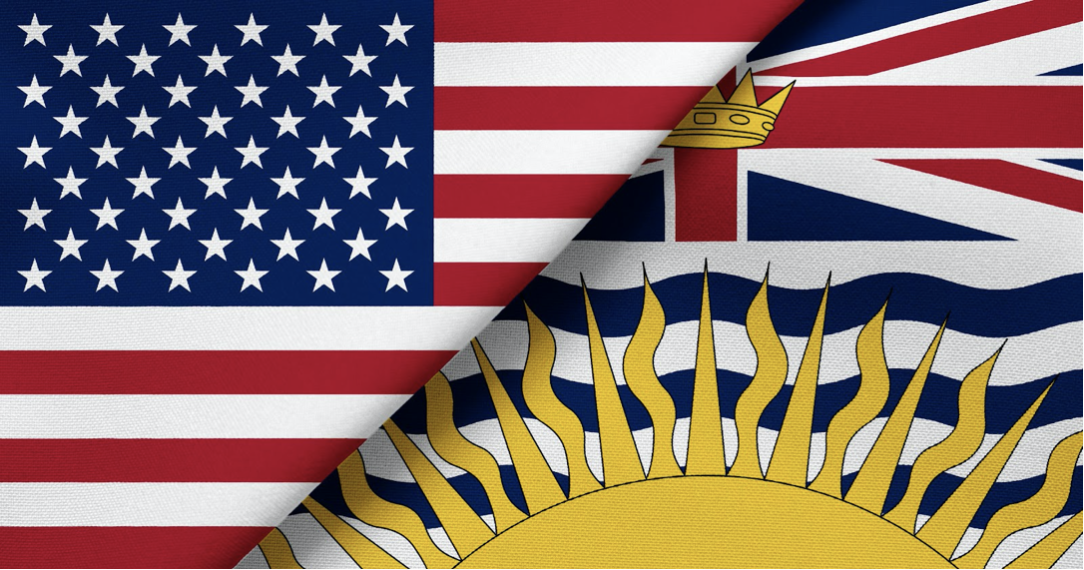 I found myself watching the 1990 action extravaganza Bird on a Wire on Netflix recently. In the film, Mel Gibson and Goldie Hawn are on the run from gangsters and corrupt law enforcement in order to clear the former’s name. By car, motorcycle, ferry and crop dusting plane, they cross several states including Michigan, Wisconsin and Missouri, yet in actuality, the film’s producers never left BC where all this zany action was captured.

I’ve often remarked to family and friends that British Columbia has likely doubled for every state in the union over its long film career due to it’s plethora of “looks” (urban, rural, coastal) and enticing tax incentives. While our province can most easily stand in for pacific northwest states like Washington and Oregon, BC has had many turns as New York, California and beyond. To my knowledge, no one has attempted to categorize BC’s film and TV appearances by state. If you want to see a job done…

For this list, I’ve examined over 100 film and television titles shot in BC over the past 40+ years and noted where in the land of the free that they took place. For this first edition, I’ve limited my search to theatrical/streaming films and TV series although the basic cable graveyard that is Movies-of-the-Week may feature in a subsequent edition. I got so many results for Washington state that I had to limit them for the sake of brevity and my sanity. A few surprises like Hawaii and Florida showed up and even states we all forgot were there like Wyoming and North Dakota got their chance to shine vicariously through BC’s lush backdrop.

NOTE: While Washington, D.C is technically not a state, it shows up onscreen far too often not to include. Superman (Henry Cavill) seeks a shirt in a Ucluelet-flavoured Alaska.

Movies: The Edge, Insomnia, The Fourth Kind, Man of Steel

Movies: Who’s Harry Crumb?, X-Men: The Last Stand, Rise of the Planet of the Apes, Godzilla, Age of Adaline, Bad Times at the El Royale, Sonic The Hedgehog

Movies: Timecop, X2 , The X-Files: I Want to Believe, Night at the Museum: Battle for the Smithsonian

The cast of 50 Shades of Grey glides over Delta as Georgia.

Movies: Snakes on a Plane, Godzilla

TV: The Dead Zone, Once Upon a Time, Nancy Drew

Movies: Saved!, Sisterhood of the Traveling Pants, The Big Year

Movies: Bird on a Wire, In the Land of Women, Robocop

Movies: Bird on a Wire

Movies: Legends of the Fall, Sonic The Hedgehog Movies: If I Stay, The Shack, The Edge of Seventeen, To All the Boys I’ve Loved Before

TV: Eureka, Bates Motel, You Me Her

Movies: Bird on a Wire, Shooter

Movies: Sisterhood of the Traveling Pants

Movies: The Mountain Between Us

Movies: The X-Files: I Want to Believe

Movies: First Blood, The Journey of Natty Gann, Roxanne, Stakeout, The Accused, Another Stakeout, Gold Diggers: The Secret of Bear Mountain, Firewall, Twilight:New Moon, Fifty Shades of Grey, The Confirmation, The Art of Racing in the Rain Gibson & Goldie get into gear in Victoria’s Market Square a lá Racine, Wisconsin.

Movies: Bird on a Wire

This list is a work-in-progress and will likely be revisited in the future. If you know of a title I missed or a state I couldn’t find a title for, please respond in the comments!