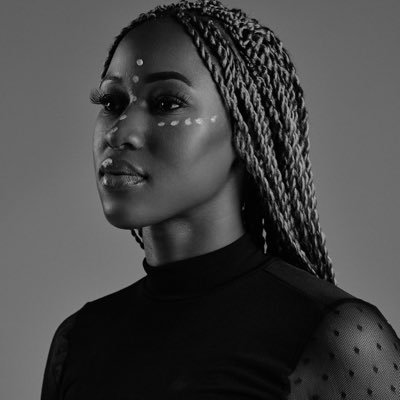 I love a great story and often want to know the origins of them. Are they based on truth, myth or is it completely fictional? If it’s fantasy, horror or supernatural, then we can assume it’s based-on folklore, a fable or a writer with an incredibly creative mind. There is an amazing story in all of us but not everyone is equipped to tell it the way it deserves to be told. A writer, actor and director all play a key part in projecting that story onto a screen that portrays the story after years of planning, financing, shooting, editing, then marketing the project onto that final destination – the screen!

As an Indy filmmaker, you must be prepared to wear multiple hats to bring your vision to life. You must be prepared for things to go wrong, dates to change, financing to fall through, hidden unexpected costs and for scheduling conflicts. As an audience, we are able to appreciate the final project and tip of the iceberg in terms of the thousands of hours and man/woman power in getting it done. Many viewers really don’t realize or fathom the amount of work that goes into each production. For new filmmakers venturing into the realm of producing a new film, they can find it intimidating, daunting, scary and too far outside their wheelhouse to even continue. Luckily there are filmmakers that live, eat and sleep film and stories. They have the gumption, the moxie and determination to bring the right people together to create movie magic.

One young budding filmmaker that’s still fairly new to the scene is Zimbabwe born and Canadian actor, Natasha Heschélle. She caught the performing bug at the age of 7 and has been pursuing acting and more recently, writing, directing and producing. Since making her professional acting debut, Heschélle has appeared in commercials, film, and TV projects.  Committed to the direction of her craft, Heschélle is careful with her choices and doesn’t waiver. It’s important to be heard.  Part of the reason for becoming a filmmaker was to create projects for actors that look like her, roles that are respectful, challenging and purposeful. Natasha has been accepted into the The Netflix-BANFF Diversity of Voices Initiative.  The program is a national training and access program for Black, Indigenous, and People of Color creators and producers.

“I am so very honored to be accepted into the The Netflix-BANFF Diversity of Voices Initiative.”

In this business, it really helps if you’re likeable and Natasha won me over with her beautiful smile and incredible candor. It was an absolute pleasure to talk to her and I look forward to sharing our conversation.

HNMAG “I know that you’ve been very busy lately, what are you currently working on?

NATASHA “I just finished filming a music video. It’s my first time as a music artist, so it was very exciting and I didn’t know what to expect. My team was really helpful and I learned a lot. Currently, I’m focusing on pitching my TV show.”

HNMAG “You discovered your inner entertainer at the age of 7, when you beat out the older competition, dancing to Destiny’s Child.  Do you still remember that performance?”

NATASHA “I do, it was the best time ever. It was the first time I had the courage to get on a stage. I come from Zimbabwe and anything to do with the arts is not encouraged for your children, which made it difficult for me… but it was my passion. That day, I snuck out of the house to go and compete at the dance competition… and I won against older kids (16, 17). I was so proud of myself and was telling my grandmother. Although she was happy for me, she told me it was the last time I was doing that.”

HNMAG “I know that you’ve since pursued professional training for acting. Could you tell me where you attended?”

NATASHA “I attended Seneca College for the – Acting for TV and Camera Program in 2015 after a couple of months of arriving in Canada. To be honest, when I started the acting classes, it was really nerve wracking because I was so new and I was so afraid of being different. My mother had to push me to get outside of my comfort zone and work on my confidence… and I did. At first it was tough, I’m naturally a shy person but in getting to know the people, they were very nice and my teachers helped me a lot, especially with my confidence. I met some new friends and it’s been a great experience.”

HNMAG “You’re pursuing filmmaking/writing to bring your voice and represent a demographic that is more like yourself?”

NATASHA “When I first arrived here, I started doing auditions, even after starting college. I had a very strong accent and it really worked against me. They stopped looking at my talent and focused on what I looked like and what I sounded like. Although I understand why they want someone to sound North American, I think it’s sad because I can’t help the way I sound. I said to myself, I’m going to help people like this, which is why I created this TV show and started writing short films. I want to show that, even if an actor has a strong accent, we can still create something good.” 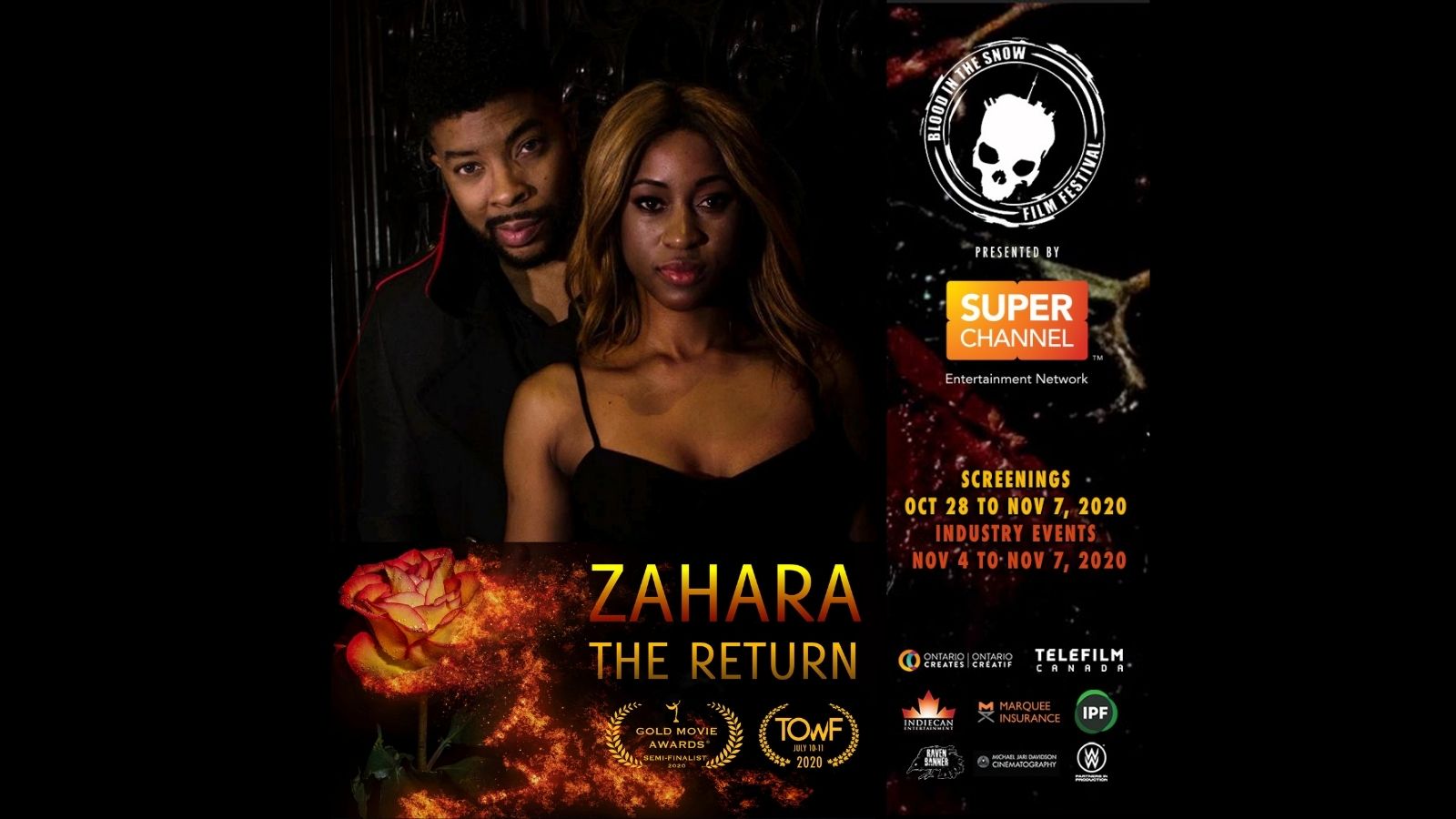 HNMAG “Can you tell me what you’ve been writing?”

NATASHA “I’m just starting and made my writing debut in 2019. I’ve written a couple short films and a 3-part web-series.  It’s also a pitch concept for this show that I’m writing right now. It’s available on Prime Video and even though we had no budget, it’s doing very well at film festivals and I’m very proud of it. It’s called Zahara – the Return and is a supernatural/romance/drama about a forbidden love with a supernatural history that spans centuries. It’s a little bit like Romeo and Juliet with a supernatural twist.”

HNMAG “What would you say that story was inspired by?”

HNMAG “When you consider new story ideas, do you often consider if there is a similar story that you might be competing with or is it important to have your own original ideas that nobody else is considering?”

NATASHA “When I started making films, I wanted to do something different. When you watch TV, you see similar stories but at the same time they’re different. I really wanted to create something from scratch and I really like to be unique.”

HNMAG “Are there filmmakers or actresses that inspire you?”

NATASHA “To be honest, it’s not just 1 person. When I watch TV and see a great movie or story, I get inspired by it. I’m watching the talented actors and I’m thinking, I really want to be able to do that. Observing talented actors and the entire process of making a film, as well as creating something so amazing. I think that is what really inspires me.”

HNMAG “Will you be continuing with the development of the series?”

NATASHA “I want to continue the series and I’ve been accepted into the The Netflix-Banff Diversity of Voices Initiative. I was one of 100 people selected and the program provides us the opportunity to talk to big production companies, studios, people in the industry and we might have an opportunity to pitch our stories to potential buyers. I’m currently working on perfecting my pitch, taking pitching classes to better pitch my show and I’m really hoping to be able to sell it this time. I have a pitch bible as well as a video that showcases the tone and style of the show, complete with character breakdowns, future episodes and running time. I’m also considering which network is best suited for a show like this. I’m still doing a lot of research and want to be as prepared as possible.”

HNMAG “You had mentioned that your grandmother was not very supportive of you pursuing a career in entertainment. How encouraging is your mom?”

NATASHA “She’s been so supportive and she has been the one that pushes me to go to my auditions. She’s funded some of my short films and has been there for me every step of the way. I don’t believe I could’ve done what I’ve done if it wasn’t for her.”

HNMAG “When you’re up on stage accepting an award for a film, will you be thanking your mom?”

NATASHA “I’m probably going to thank my mom and give her the award because she did most of the work (laughing). I will be thanking her for the rest of my life. She’s been so good throughout this entire process and has been so helpful and supportive.”

HNMAG “What types of stories get you excited to be involved in?”

NATASHA “It’s always something to do with the supernatural that gets me excited. If the story is great, the script is great, I’m always excited to be part of it. I’m not too crazy about commercials but sometimes you have to do them. I’m also not too crazy about theatre but I have danced on stage. I would however be in a play if the opportunity was there.”

HNMAG “You have three sources of transportation. A train, a plane or a hot-air balloon to travel 100 miles. Which would you choose?’

NATASHA “(Laughing) I would probably take a train because I’d have time to take out my laptop and start working. I have a little brother at home, so I don’t get the opportunity. I actually have to run away from him to be able to get work done. I would definitely take a train to have that time to myself.”

Natasha was incredible to talk to and I thoroughly enjoyed listening to her tell me about her journey into filmmaking and the process of discovery!

If you’d like to keep up with Natasha Heschélle: