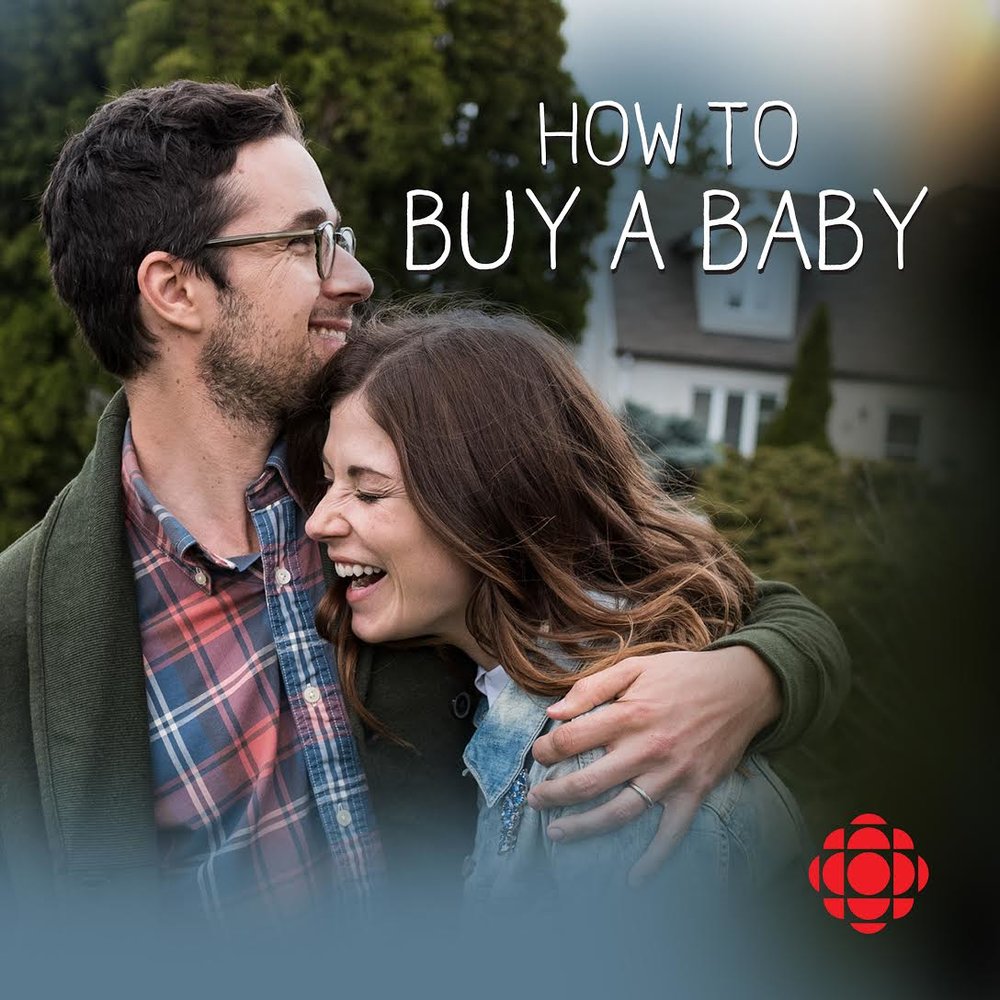 Making a baby sounds easy enough. You make a romantic dinner, buy flowers, maybe some chocolates and then add the music. The mood is set and nature unfolds… then we wait… and we wait some more and… nothing. No bump, no cravings and no announcements to make. You try again and again with the same result. You start to seek out shady people that whisper false hopes of serums and Far East ingredients with fertility properties… and still nothing. After all else fails, you make a doctors appointment and trust in the experts. Unfortunately, one of you is diagnosed with being infertile. It’s a kick to the heart and mentally debilitating.

Luckily, there are creative and tremendously talented writers that can show us the lighter side of infertility and how to overcome obstacles of natural parenthood. I’m talking about Wendy Litner, creator and writer of How to Buy a Baby.  It’s a digital series launched by LoCo Motion Pictures and stars Meghan Heffern (Chloe), Marc Bedavid (Dark Matter) and Huse Madhavii (Saving Hope). A star-studded cast with many familiar faces as guest stars. It’s a hilarious antidote to facing a serious issue on your own and actually has some great information throughout the 1st and 2nd season, which launched August 23rd on CBC Gem.

Can a marriage survive with the financial and emotional burdens of infertility? We find out by talking to both the writer/creator Wendy Litner and amazingly talented actress/star on the show Meghan Heffern.

“How was the series conceived? (snicker)”

Wendy: “I was diagnosed with infertility and it felt like I was a wash in the scene; between pregnancy announcements and gender reveal announcements, I really felt like I had no one to talk to. I initially wrote it almost for myself but I knew I wasn’t alone. I started writing articles on infertility to various outlets and I was overwhelmed with the response that I had gotten. I felt like it was time we desensitize the topic and really talk about it, show what it’s like to not make a baby the fun way.”

“How did you get involved in the project, Meghan?”

Meghan: “I met Wendy at a web-series incubator and we did a live read of a pilot episode. I had hoped she liked my performance and a couple days later I received an email from her telling me that she wanted me to be Jane. In a way, it really landed on my lap.”

Wendy: “I fell in love with Meghan even before she read the script. I knew I never wanted to make it with anyone else.”

“The show is currently airing on CBC Gem. Having seen it, I realize it’s a little raw in language and content. If it were to get picked up by network TV, would you have to tame it down?”

Wendy: “I hope not because I really want to show how real and how uncomfortable it is for couples going through the process of infertility. I like the edginess of it and I think it brings such warmth and a wit with humor to it that works well together.”

“I really enjoyed the episodes but wished they were longer. Is that due to budget reasons?”

Wendy: “I conceived it as a web-series and like the shorter medium of it. When you’re dealing with such a difficult topic I feel the length works well with fertility and adoption being the B box of the story and I really wanted to focus on the A box. I think digital and web-series really provides that opportunity. Because the show is so moving it allows us to be a little more edgy and have some of that darker content to it.”

“Considering it does deal with a serious subject, do you see the show as a platform to offer good information to others going through the same dilemma?”

Wendy: “I hope so. I hope that it can put a human face on the struggles of parenthood and I hope there are others that can see themselves in Jane and Charlie’s shoes. I think the first episode was a love letter to my husband and his strength in going through that. I also hope it will be a love letter to my children in the hopes that they’ll grow up and appreciate how proud they should be of their story and the various ways of becoming a family. I hope by talking about it more it desensitizes the topic and couples feel less overwhelmed when they identify with not being able to make a baby.”

“Meghan, are you a mother yourself?”

Meghan: “I’m not a mother. I have a wonderful surrogate baby, a dog. I’m her fur-mom and she’s my baby.”

“I had noticed that you’ve had a couple of special guests from The Beaverton (Emma Hunter) and Working Moms (Juno Rinaldi). How did you get them involved in the project?”

Wendy: “Yes, Emma Hunter is just magical and a comedy genius. I’ve been lucky enough to write on The Beaverton and I met Emmy and I think she’s absolutely incredible.  She can do comedy and drama and I was so excited to have her be part of it, especially since she was actually pregnant in this season and the last. We’re so lucky to have her on the show. Juno is funny and amazing and so hilarious. She brings so much to the character and makes us laugh so hard in every take. We have an incredible casting agency that reaches people that want to be part of it.”

“How did you interest Marc Bendavid in this project?”

Wendy: “When we were looking for our Charlie ,my Executive Producer, Lauren Corber had seen him on Dark Matter. He lives in Los Angeles so we were so excited when he came onboard. I feel like we ordered and shipped him in without seeing him and Meghan together.”

Meghan: “Actually Marc and I had met before. We did a commercial together so it was easy to jump in and be married. A happy coincidence.”

Wendy: “Who wouldn’t want to be married to Meghan?”

“I’d have to agree. Meghan and Marc have incredible chemistry together. It looks so natural and organic. Meghan has great camera presence and I’ve become a new admirer.”

“Is there a writing team that creates each episode?”

Wendy: “It’s just me, I’ve written all the episodes for the 1st and 2nd season. I was lucky enough to work with a few story editors who’d read my work and give me feedback allowing me to go back and rewrite. I found the second season easier to write because I felt like I knew Meghan and Marc so much better and could visualize Meghan saying the lines. It felt much more natural. This is really my first time writing anything of my own. It’s been an exciting and incredible opportunity to write all the scripts.”

“What is the best thing about working on this project together?”

Meghan: “I absolutely love working with Wendy; she’s so positive all the time and makes me feel so special. It’s great to work around her and with everyone, even the crew has been amazing especially our production coordinator, Cynthia. Wendy has brought together an incredible team.”

I loved watching the episodes and seeing the art of taking a serious subject and revealing the humour in it. If you can’t laugh at life then you haven’t watched this comical series, How to buy a Baby!