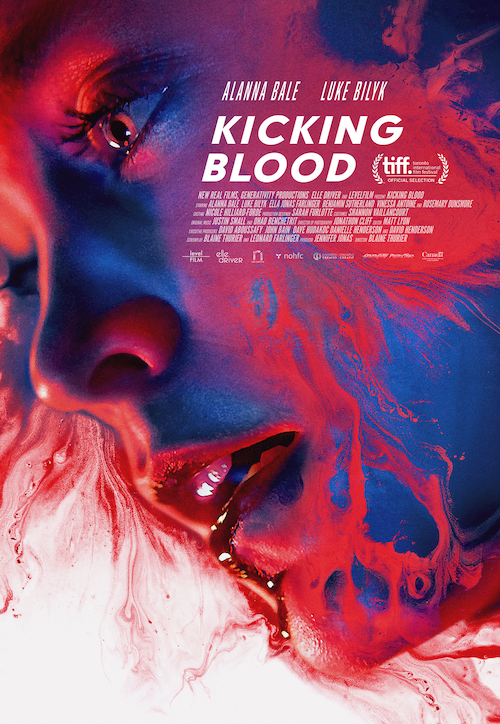 Addictions are a giant killer. No matter how strong, how tall or how brave you are, you too can be addicted! It’s starting to be recognized and categorized as a disease, as it should. Most of us know someone with an addiction and maybe you’ve tried to help them, I know I have. We can have empathy and encouragement for them to kick it but it is to no avail. Without the will to change, to quit and to leave that place of comfort and euphoric bliss – the addiction wins. That pill, that powder, that bottle and that blood is now king and you are merely a shell of that person, barely recognizable as you hide in the shadows. The face of addiction is ugly and indiscriminate. For the trained professionals working on the front lines to save the lives that nobody else can, you are modern day heroes! If you can’t find a trained professional however, perhaps you’ll be lucky enough to find a vampire.

Kicking Blood is a vampire story with a twist of lime, shaken not stirred. As folklore has it, vampires are addicted to drinking blood and therefore can recognize and empathize with others struggling with addictions. This film centres on a female vampire that is inspired to kick blood and become human again after she inadvertently helps a charming alcoholic become clean. The only problem is – withdrawal could kill her. Directed by Blaine Thurier (Teen Lust, Male Fantasy), co-written by Blaine Thurier and Leonard Farlinger and starring Alanna Bale (Cardinal, Sort Of) and Luke Bilyk (The Porter, Good Witch), it’s produced by New Real Films and distributed by levelFILM. It launches June 21 on VOD and all Digital platforms!

Bale’s performance as a vampire was spot on and her character sucked me into the story, so to speak. She is alluring, she is thirsty and she is cunning but her beating heart causes her to pause and reconsider her purpose and self worth after discovering another addicted soul that resembles her own. Bilyk plays a helpless alcoholic too weak to help himself but too pitiful to care about it. He’s given up on himself and his dreams. Together, they find comfort and strength but they are not alone. Lurking in the shadows are more vampires waiting for an opportunity to drink up. A terrific horror film and story worthy of your time. Thurier and his team bring their best in constructing this story and the visuals that put us in the passenger seat for a wild and crazy ride!

You can check out the trailer here.

I was extremely thrilled to have the opportunity to speak with Blaine Thurier and Alanna Bale. It was a blast, it was fun and it was pretty epic. Roll the tape! 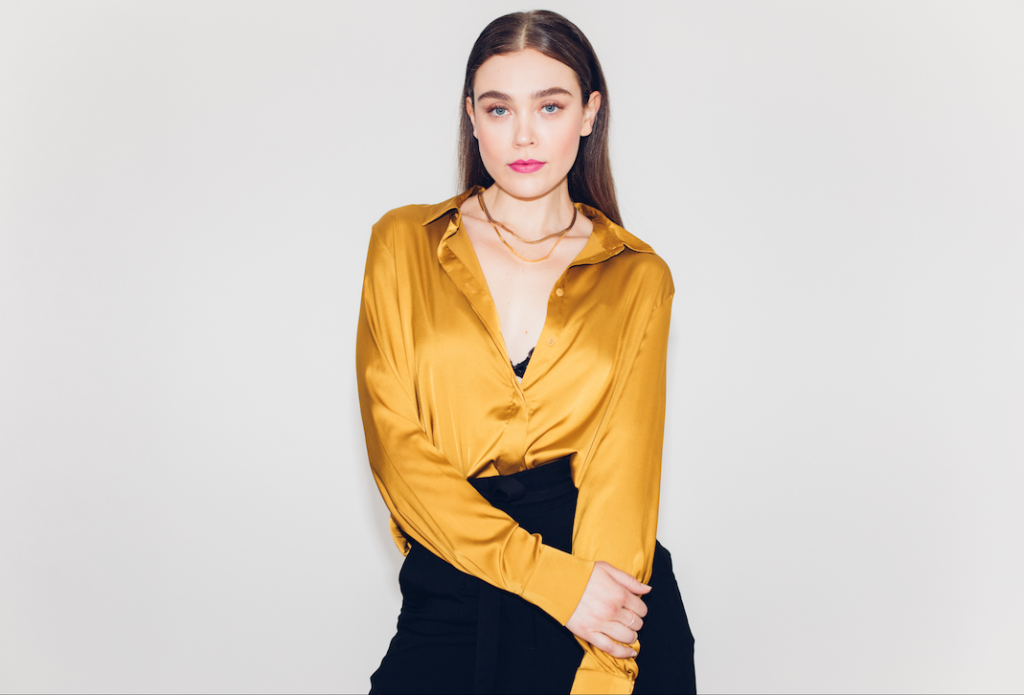 HNMAG “Congratulations on a very cool film. Alanna, you truly possessed your character completely and metaphorically. Have you ever played a character like this before?”

ALANNA “No, not at all. This is the first vampire that I’ve played, nor have I ever played a character like this in Horror or Sci-fi and this role really transcends all genres. It’s definitely a first for me playing this kind of character.”

HNMAG “Now Blaine, there are many vampire films out there but this is the first one I’ve seen that combines substance abuse with vampirism. What inspired you to combine the two addictions?”

BLAINE “I had this idea of a vampire trying to quite blood and banged out a draft, then sent it to Jennifer (Jonas) and Leonard (Farlinger) of New Real Films. They read it, they liked it and suggested I explore the addiction route more. It was there but they wanted to make it the thematic center of the story.”

HNMAG “Where was this film shot?”

BLAINE “We shot it in Sudbury, Ontario.”

HNMAG “Alanna, can you tell me about the process of your involvement with the project?”

ALANNA “It was a pretty standard process. I auditioned and had a call-back with Blaine, Leonard and Luke (Bilyk). I then had a chemistry read over Zoom, which was unusual. That was in November and we shot in February. I had time to read the script and for thoughts to percolate before shooting. The shooting went pretty fast, in terms of filming. I was actually aware of this film months prior to my audition. It had been circulating around and then got shot down. I was happy to still have the opportunity to audition. The process took about 3 months before we started shooting and they banged it out in a month.”

HNMAG “Blaine, how far in advance had you secured your cast before going to camera?”

BLAINE “It went right into prep. We cast Josh Bainbridge and Kristin Shepherd a week before we started shooting. Our principal cast, Alanna and Luke were attached  in early December.  We had a lot of great reads, it was pretty good. We had actors circulating the word around Toronto, which made for an excellent array of actors to choose from.  We saw Alanna’s tape and it was all over the place but in a great way. She was trying this and then she’d try that and then another way… it was really impressive, it really was. We knew that was our girl (vampire)!”

HNMAG “Most of the shots in this film are at night. Was it ever an issue finding a cast and crew willing to work most nights and was shooting at night also a positive with less people traffic?”

BLAINE “I kind of see it as Jujitsu because I’m a black belt – no I’m not. You take whatever your enemy throws at you and you absorb/deflect it and use that force to work in your favour. With no light and no people, that says something too, so we embraced it. I give full credit to Jonathon Cliff (cinematographer) and Sean Hearn (lighting). They were extremely creative and mobile – they did a lot with very little. It was a small crew, not many lights and not a lot of time but they were so efficient banging it all off… it was beautiful. They shot it in 14 days. We were finished shooting most nights at midnight. It would get dark at 4 and if we shot night shots in the day, we would put cardboard on the windows. Shooting overnight for a couple weeks will make you a little bit crazy. It was a relief, not having to do that.”

BLAINE “We had no choice, we had a very tiny window. There were a few factors that caused that – actors schedules, insurance… which may have made it appear to go by fast from an actors’ standpoint but Leonard, Jenn and I had been working on it for 5 years. It was glacial.”

HNMAG “There were a great many shots inside the library. Was it difficult to book a library?”

BLAINE “We kicked them out (laughing). They were actually very accommodating. Because of Covid lockdown, it was closed to the public anyway – it was all ours. Alanna found an interesting book in there. I believe it was in the first shot.”

ALANNA “We were in the library setting up the blocking and I was in a position, standing in front of an arbitrary shelf, reaching for a book. The book happened to be the one that my first movie was based off of – when I was ten. I don’t usually believe in signs but it was a very nice coincidence. I brought Blaine over to look at it – I told him he did it (laughing).”

HNMAG “What was the name of the book?”

ALANNA “The book was called Thr3e by Ted Dekker. It was a Horror/thriller and I never see that book around, it’s not a popular one. The movie was also called Thr3e – it was pretty magical.”

HNMAG “I understand Alanna that you were on the series Cardinal for a few seasons. I love that show, phenomenal writing. That must’ve been an incredible experience.”

ALANNA “Absolutely. I think I qualify that as my first acting gig. It was my first job out of theatre school and I knew that I wanted to be an actor. It was a very special show and it was the first time I’d been on a show that had an all Canadian casting.”

HNMAG “Would you say that your theatre training has given you many more tools that help you in film?”

ALANNA “I would say yes and no. Film is a different beast. I had spent 4 years in school and some skills are definitely transferable but did it prepare me for film… not really (laughing). In my opinion, it’s completely different. There are techniques and some exercises in preparation for a role that are similar but executing film and TV acting in comparison to theatre acting is really night and day.”

HNMAG “Do you ever see a time where you might make a return to theatre?”

ALANNA “(Laughing) Three years ago, I was supposed to be part of a theatre show but it was postponed because of Covid. It’s been rescheduled to come back in February and March of 2023 in Toronto. That will be my first theatre gig since I graduated university. It’s been quite a few years but I’m so excited for it. It’s a drama called, Things I Know to Be True. It’s an Australian play that’s made its way around the world but it hasn’t been to Canada yet.”

HNMAG “Blaine, where can the public view Kicking Blood?”

BLAINE “It’s available for pre-order on iTunes, VOD and all other Digital platforms on June 21.”

HNMAG “Are you able to mention the distributor?”

BLAINE “Yeah, it was a really lovely Canadian company, levelFILM and our go to guy there was John Bain. He was a great guy, he got us into the theatres and I was pretty happy about that. It’s been a dream come true.”

HNMAG “How has the feedback been with the film Blaine?”

BLAINE “Most of it has been great, I’d say 80 percent of feedback has been really positive. Some people might not get it but it’s mostly been pretty good.”

HNMAG “I love the idea that you combined the alcoholism/substance abuse with vampirism. There’s a horrible fentanyl epidemic going on and I think it’s important to include positive messaging into film, such as the addiction. Do you ever see yourself making another vampire film in the future?”

HNMAG “I’ve looked at your past films and I get the impression that you’re drawn to dark fantasy. Would that be accurate?”

BLAINE “Sure, my previous films have been dark comedies dealing with real life. The film previous to this one was Teen Lust. It was about satanists trying to sacrifice their virgin son to the devil. He has to lose his virginity before the sacrifice. It’s dark and hopefully funny.” 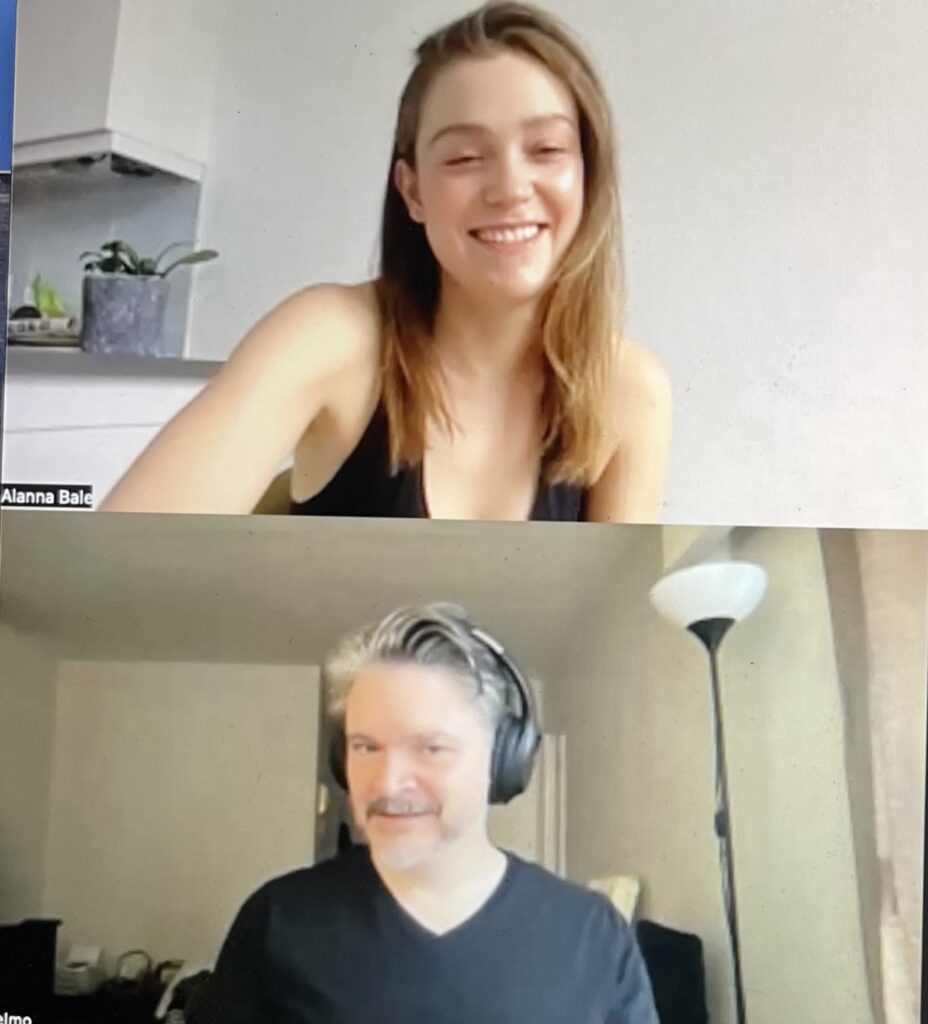 What a great interview! Alanna was in Toronto and Blaine in Vancouver but although they were far apart, the feeling was very close-knit and inspiring. Working together for weeks on a film creates a bond not easily broken and you can become extended family. I was extremely happy to be part of that! Thank you Blaine and Alanna!