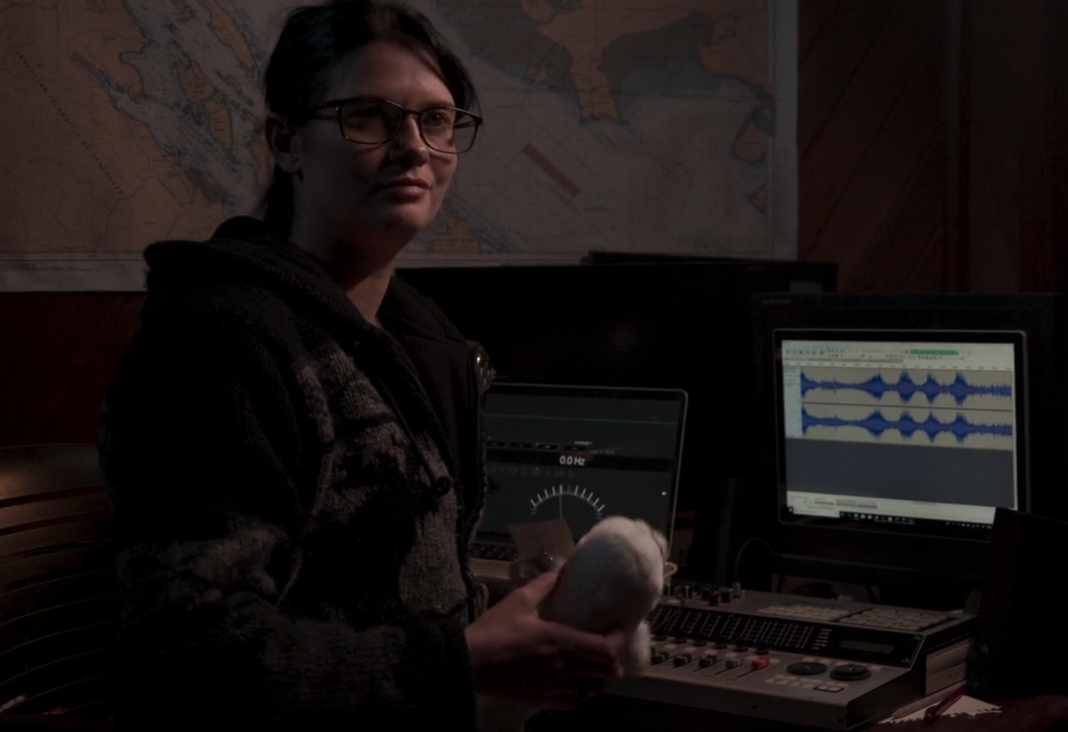 Rome wasn’t built in a day and most films aren’t either. But put two of those days together and you might produce a gem like The Purgamentum, a 5 minute eco-horror of ambitious scope produced for the 48 Hour Blood N Guts competition that’s been burning up virtual genre festivals everywhere including Austin After Dark, Ethereal Horror Festival and Hellifax Horror Fest.

Mere months after their period drama Ada was produced in a comparatively leisurely 8 days for the Crazy8s competition, local filmmakers Julie Bruns & Steve Kammerer reunited and were joined both in front and behind the camera by local production design wizard Shawn Major. All three share directing, writing and producer credits.

Julie– We created it this time last year as part of the 48 hour Blood and Guts film competition in Vancouver. From idea to delivery, it was 48 hours.

One thing we were allowed to kind of do was scope out some locations (so) we’d scoped out two main locations beforehand with flexibility in mind. Mind you, it was in October that we were shooting so we were quite happy to have our location to be set indoors. When we scouted out the marina and the float house we were like “Oh this is lovely. There’s even a room for our editor to be editing in the float house.”

Steven– Our first location scout was in a train wreck somewhere around Whistler (we won’t say where because it’s secret). There were all these crashed cars in the forest full of spray-painted graffiti. That was our number one pick. But the float house was a close second.

I remember that Friday night when we were coming up with the idea. I was on a conference call and we were like “Marine Biologist! Let’s do it!” and then it sort of took off from there. Three days later, we had a film.

Julie- That was our fellow co-director Shawn’s friends who owned the float house. When they were approached we said “Hey, we wanna make a movie in your house!”, they were like “Oh, that sounds cool!”. They let us in, pretty much gave us free reign in their home for over twelve hours. They were just the loveliest people and were excited to see what we could come up with creatively and we are forever in their debt.

Steven- The marina (was) under the Second Narrows bridge on the north side, so quite close to us from East Van.

How did the three of you manage the division of labour as co-directors?

Julie- Steven directed, I acted and Shawn did art direction on Ada which is how we all came together. For this film, I had been doing 48 hour (film) challenges for 5 years so I had been old hat at doing it. I knew I wanted to direct something and act in it as well and Shawn was in the same boat. He had never directed anything, but also wanted to act.

Steve and I are partners as well as film partners. I trust his eye and we think very similar. So it seemed like a natural collaboration to have Steve, Shawn and I working together on this film. Shawn is also very experienced as a diver and has done recovery missions and he’s just great with the underwater element.

When Shawn and I would be acting, Steve would be at the monitor and it was just nice to have the shorthand to be able to look at him and go “how was that?”

Steven- Acting/directing on the days is a very difficult thing. It’s good to have a director when you’re actually doing the acting. Me behind the camera, Shawn and Julie in front, that worked quite well, especially when you’re under a timeline.

Julie- I think it was also particularly smooth because we had had a few meetings before and it was very clear that the creative vision was unilateral. We all wanted to do something that had the presence of a period piece, had that eerie feel to it. We did talk through a lot of the beats of the script as we were doing it. It was definitely one of those things where you can tell that that you’re all gonna see eye-to-eye as you do it.

Steven- The exciting pat came when we’re in the middle of things, it’s getting late and we know we have to change the shot. So we all get together in the kitchen, have a quick pow wow and boom! We come up with a decision and that’s where you think there might be friction, but there wasn’t.

Julie- Yeah, it was also really nice because before we got started, we had a bit of a hierarchy established where I wanted to place myself at the head of the directors triangle which is something that came up a lot. I used to produce for Crazy8s and that was a question that would always come up if there were multiple directors: who makes the call at the end of the day?

Steven- Deferring to Julie for the final decision was a key part of how it all went smoothly.

Julie- It was an amazing experience to be a younger female director leading this team. How did you handle the challenges of underwater shooting?

Julie- We did rent the drysuit/wetsuit gear before the 48 hours began, just because we knew one of our locations was on the water and we wanted that option. Shooting underwater was definitely challenging because we did shoot in October and it was freezing.

Steven- All three of us got into the water. Julie spent maybe the most time. Shawn had a drysuit so he was in there a long time, obviously as the diver character. Julie of course jumped in with her clothes on and spent a lot of time in there. I spent the least amount of time. I was the *SPOILER* so that took five takes. I just jumped in with my bathing suit.

Julie- It was an interesting experience. Shawn was in for quite a few hours straight. I did not have a drysuit, but I was in and out quite a bit. What we’d do is after the first couple of takes, we filled the bathtub in the float house with really hot water and we’d pull me out of the water after every couple of takes and stick me in the bathtub to warm up. You get a little light-headed in the cold water.

So I’d be sitting in this bath full of piping-hot and they’d be bringing me footage going “how does this look?” and I’d be giving feedback on footage. It was the most bizarre situation. Then they’d pull be out and stick me back in the ocean (laughs).

Steven- I shot some of the underwater footage with the GoPro. Shawn shot some of it as well. We had an amazing DP (Marc Yungco) who didn’t get into the water. He sat in a very tippy canoe to get that dock scene.

Julie- I asked if he had insurance as he was getting into the canoe and he said that he didn’t have camera insurance, but he did have life insurance. Can’t sing the praises of Marc enough!

Is this a story you’ve thought of expanding into something longer?

Julie- I think that since we’ve done it, we’ve been chatting about sitting down and writing a feature.  It’s got a good message behind it, we want to expand on the villain and the relationships happening the marine biologist and the other characters. Definitely want to expand it into something larger.

Steven- Because the festivals are all streaming rather than screening now, we do get to watch the comments section. The comments are always very well-received, people just wanting to know what happens next.

Julie- It definitely has an environmental message that’s more relevant than ever. The awareness of the effect we’re having on the Earth. I think when it comes to any film, not only 48-hour films, we’re pretty strong about wanting to lean on the writing, acting and directing as a foundation of the film. In that I mean a story that people can connect with and affects them on a one-on-one basis.

What I hope people take away is…I want them to be scared at first and think longer about the effect that they have on the earth.