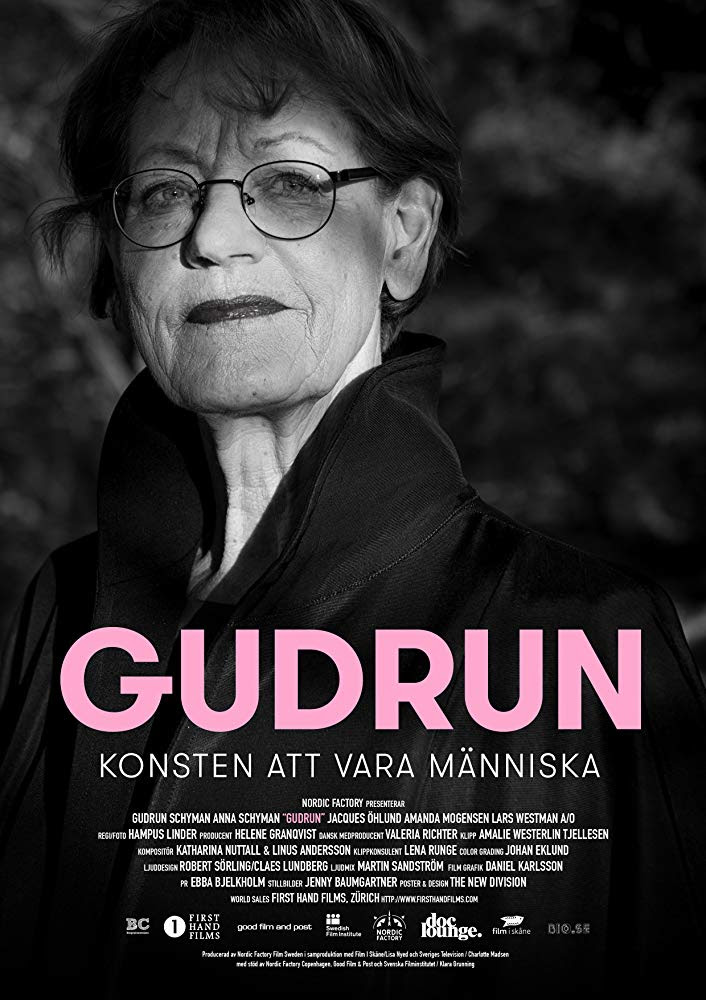 In the last few years it would seem that the political climate in our country as well as south of the border has been through some major transformation. Scandal seems to be the dish of the day and the public has had their confidence tested. Who do you trust, who do you believe and who do you support when picking a leader. Some would say, they’re all the same. Are they all cookie cut though? In order to separate yourself from the pack it takes bravery, it takes determination and it takes good communication. Getting through to people that have lost interest/faith in politics takes ingenuity and veracity of the highest level.

Introducing Gudrun Schyman; a politician, an activist and The Feminist. Director Hampus Linder and producer Helene Granqvist followed Gudrun around the world for 4 years documenting her political career and her rock star reputation. She is loved by her people of Sweden and has the most incredible relationship with them. She is a beacon for change and gives hope for those that have lost faith and interest in the political process.  I had the amazing opportunity to speak with producer Helene Granqvist about the making of The Feminist. She was in Sweden when we spoke and it was a tremendously inspiring conversation. I hope you enjoy it.

“Can you tell me about The Feminist and who it refers too?”

“It’s a film about one of Sweden’s most famous politicians, Gudrun Schyman.”

“Why did you want to make this film about her?”

“Hampus Linder is the director of the film. He had two small children at home he was raising. In Sweden we have maternity leave for men and women and once Hampus had returned from maternity leave there was a big movement that was happening. It was for gender equality and Hampus was worried because it was making it more difficult for men to get funding. It was at that point that we tried to understand more about feminism. Gudrun Schyman was a politician for the communist party before they stopped using the word communist. It’s become a very socialist party. Gudrun has always been a very charismatic leader and Hampus has always been very curious about her, as a person. She’s been an alcoholic before coming back, she gave birth in front of the camera, she’s had Jane Fonda come to Sweden and support her along with many others with power and influence. She is very special and she started the feminist party in 2005. Both Hampus and I were very curious about her and thought that somebody had already made a film on her life, so I called her up to ask who had made a documentary on her life. She replied that no one had, that’s how it started.”

“Gudrun has really worked hard against nationalism, that’s her main goal. She is a feminist but the enemy is the nationalist /militarism. She realized people are not engaged politically and less people vote; that’s a problem. She decided to do something called ‘home party’. She said if you gathered 25 people, she would come to your home and have a political meeting. We started to film these kinds of political meetings. When people look at her they look like they’re at a rock concert because she’s turned a light on in their eyes. I was so curious about that. She is a rock star!”

“She sounds like she’s very different from any other politician out there. She is redeeming herself at the same time.”

“She is not fighting against man or for women, she is fighting for us to be allowed to be human! When you’re human you do some things right and some things wrong. She really lived that story herself. Just because you make a mistake doesn’t mean your life is over.”

“How long has she been the leader of the party?”

“She’s not the leader anymore. She funded the party and when we were filming she was the leader but she stepped down last fall. She still works in the party but says she’d like to support young people instead but she still remains the informal leader.  The film had premiered at Doc New York in November and I brought her. We also arranged some home parties/political meetings in New York, not for the party but more for the ideology. It was really interesting to see how well it worked and how she could inspire people even outside of Sweden. It’s about ideology, to let you be human and to fight nationalism because there are ugly things going on right now.”

“How long did it take to complete the film?”

“Was it difficult to gain access/permission to film her?”

“Not at all, she is very generous and also very smart. If someone is going to make a film about her life she knows people will listen to her. She gave us very much freedom; she never controlled or said no to anything. She’s seventy years old and it was very easy to follow her. It was too easy so we decided to include her daughter. For Gudrun, she has dealt with the conflict of being an alcoholic but she’s never talked about it with her daughter, until we began filming.  It gave the film much more depth and it was not easy to talk about. When you have your political life you also have your private life. It was a very important part of the film for us to be able to get closer to her.”

“When you began to plan the documentary, did you already have an idea about how you wanted to portray her/piece it together?”

“In the beginning we were just curious but the financiers wanted so much to see her lose her face and be weak. It took awhile to understand that we were not interested in that; we were interested in seeing her sensibility. I think there can be an expectation when you make a film about someone, you want to see a wreck. For us it was important to do this film now because the message she has is important and that’s the reason I was so engaged. I’m not paid for working with Women In Television, I do it because I believe when people are organized, we can make change happen.  It’s important to learn that ‘we’ can make change. We need to reinvent the importance of the ‘we’. If people leave the theatre feeling like they want to engage, then that’s what we are going for. We want to inspire people with this film. To go from being a victim to becoming an agent for change, that was the biggest thing in her life. Are you sitting and watching what’s going on or are you a player in the game?” “How has the audience reaction been to the film?”

“In Sweden everybody knows about her and we sold a lot of tickets. We have distribution in Denmark and we were surprised that it was more successful there. Sweden is a very feministic country and much like Canada, its not dangerous to talk about feminism. Denmark is really anti-feminist but it did very well there. We had a very good distributor there and it was also distributed in Norway. From there it will be distributed throughout the US, Canada and Europe. We already have a US distributor that will also distribute it in Canada. I haven’t found anyone to criticize it but there are some critics that don’t like the politics, it just depends on the colour of their papers/publication and who is doing the review. We have had a lot of positive reactions.”

“It must have been very difficult to trim the footage down to 90 minutes.”

“We had 50 hours of footage and we had a very good editor.”

“What size of crew did you use to follow her?”

“During the 4 yr. period there was only Hampus and I.  You don’t need many people when you’re making a documentary. We had a composer, an editor, sound designer and colour grader. We traveled to 8-10 countries with her. There is a situation in Greece with refugees escaping Syria by boat through the Mediterranean Sea. A lot of people have drowned and it’s a terrible situation. As a politician Gudrun Schyman gets a lot of attention, she also gets a lot of media attention, so she travelled there in order for people to witness the horrible situation.”

Helene had read me an email from Gudrun she had received the day we were talking. In it she speaks about emboldening the youth to help fight climate change. She talks about a young 16 year old girl, Greta Thunberg. The young girl has organized a climate strike and stopped going to school one day a week. She’s gotten a lot of attention and Gudrun is collaborating with her now. Bernie Sanders has gotten involved, she’s been invited to Davos. She’s 16 years old and just decided to change the world. Gudrun is organizing a demonstration in Stockholm to encourage people to come and support Greta. There are many similarities between the two. They are both activists for change. They’re not afraid to stand up and tell their truth.”

“How did you finance the documentary?”

“It took us very long to get the financing so we worked on other things for 3 ½ years before getting funded for the last 6 mths. We have public funding through the Film Institute, Media Funds and Television. We paid for the work ourselves but toward the end we needed to hire a composer, an editor, so we needed funding for that. It was a very hard journey to be honest. I have done many films and only a few have been easy to find funding but most of them have really been a struggle. I’m used to it and that’s how it is if you make films. There were a lot of people that didn’t believe in this film so we had to prove ourselves. When you do a film I think its important to do a film no one else can do. That’s always a hard sell, cause when you’re the only one who knows about it then it can be hard to convince people. Once they see the film they understand it. I don’t do films to please other people, I do them because I think it’s important. I love to entertain an audience but not to entertain financiers. There is a big difference. I don’t think you should be for sale if you’re a filmmaker, I think you should be independent.”

Helene is looking forward to travelling to Vancouver for VIWFF. Her film The Feminist is premiering at Vancity theatre on Friday at 3:30. Please watch it and become an agent of change.