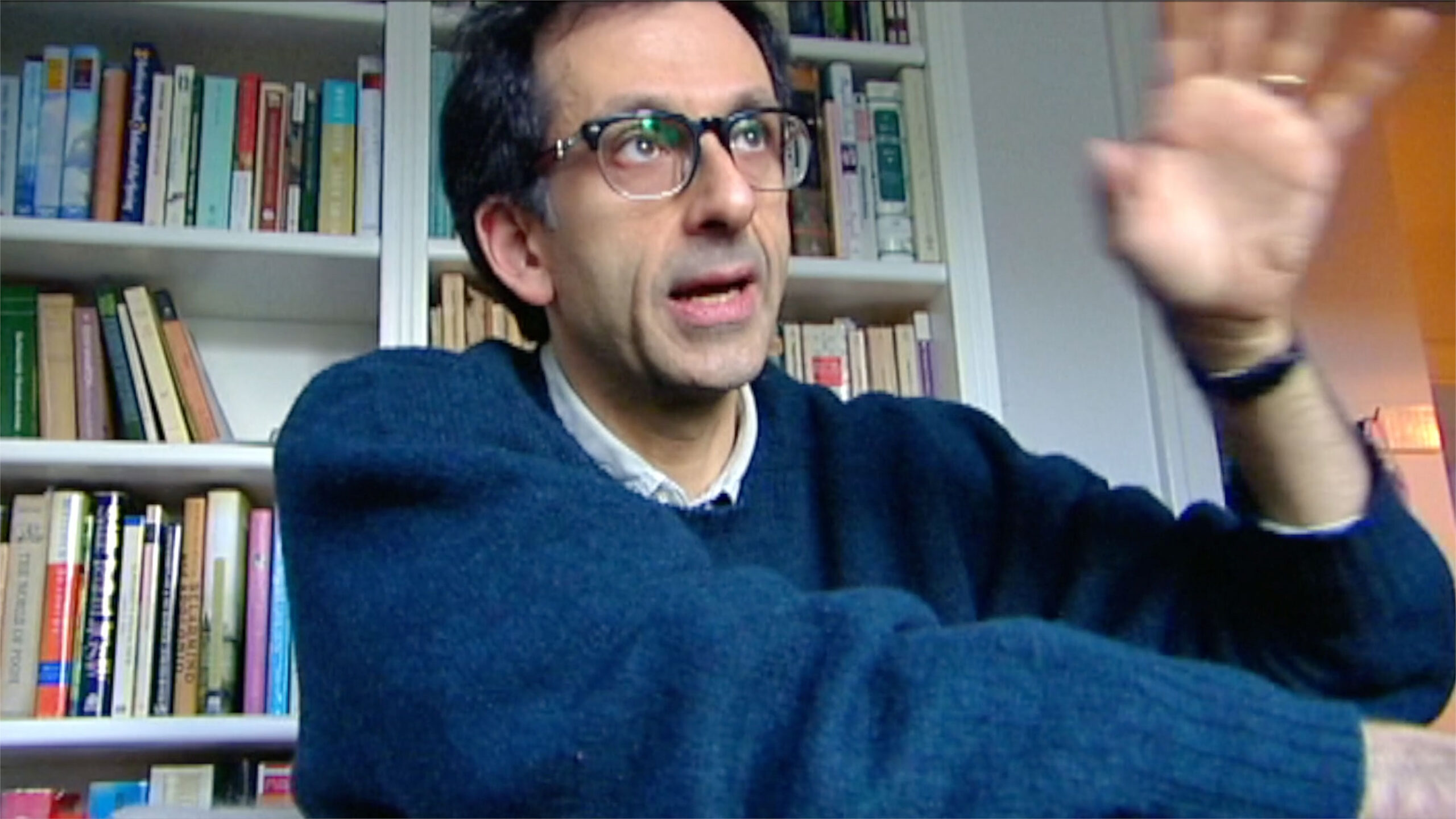 It was Shakespeare that famously wrote ‘It all sounds Greek to me’. He was summing up how the Greek language had sounded to foreign ears. Greek is notoriously rich in expressions and meanings, so I couldn’t help but look up a few helpful ones to introduce a very important upcoming Greek event. If you’re a movie buff and open to other cultures celebrating their heritage through the art of film, it’s going to be quite a kefi (celebration/Greek entertainment) on June 16 – 19 at The Cinematheque for the first Vancouver Greek Film Festival. Upon your arrival at the theatre, someone might greet you with Yia Sou (Greetings/good health). Once they give you your ticket, you can say ‘efharisto’, which means ‘thank you’. If you can’t find your seat, need assistance and appear confused at times, an event employee may approach you to ask,  ‘parakalo?’ – how can I help you? The Greek have a long history of being friendly to strangers, that goes back to ancient times, so you will feel like family shortly after arriving at the very unique and first Greek film festival in Vancouver’s history. It’s enough to make you shout Opa and smash a plate, but hopefully you left your plate at home this time.

I for one love this news and am anticipating a large turnout, with films we may have otherwise flown to Greece to enjoy. Hmm, not such a bad idea, it is on the bucket list. However, since we can’t all go to Greece, Harry Killas and The Hellenic Canadian Congress of BC  are bringing Greece to you! The event arrives in culmination of Greek Heritage Month this month.

Co-founder and head programmer Harry Killas says “from its inception, the festival’s aim was to focus on the contributions that Greek filmmakers have made to film history and culture. The program presents a myriad of stories about the human condition, offering insight into the minds of Greek filmmakers. Films include a classic tale of living life to the fullest, a modern-day drama about resource extraction and corporate values – in a post-debt crisis Greece. There’s a look at the meteoric trajectory of opera singer Maria Callas, Greek-Canadian fathers and sons, and much more.

The festival has been curated into four streams: the Archive – a look back on forgotten classics.; celebrating Greek Auteurs and Artists – stories by and about iconic Greek artists; Contemporary Greek Cinema – a selection of recent titles making waves at international film festivals; and Greeks in Diaspora, films made by Greek directors from around the world.

Another great reason for film buffs to attend, in celebrating Greek Auteurs and Artists the event will spotlight internationally acclaimed filmmaker Athina Rachel Tsangari, a director associated with the Weird Wave. This subversive cinematic movement is characterized by unusual protagonists placed in unsettling situations, reflecting on how systems of power impact individuals. There will be three of Tsangari’s films featured; Attenberg, Chevalier and her short film, The Capsule.

In addition to informing you all about the Vancouver Greek Film Festival, I also need to tell you about another film playing there, Greek to Me by Harry Killa. I recently spoke with the pioneering documentary filmmaker and co-founder/head programmer about the event but I also had the amazing fortune of screening his film as well, then chatting in length about it. I will say the documentary is a slow burn and eclectic but is also filled with warmth, interesting characters, family values and I’m quite certain that Harry channels Woody Allen and finds a way to thread him into the storyline in waves.

Without further ado, it’s time to crack the bottle and Yia Mas – toast to a much- anticipated festival and some unique films. Roll the tape!

HNMAG “Thank you Harry for talking to us about your film. I watched your film and I really enjoyed it. Is it currently in film festivals?”

HARRY “Not currently but it was in a couple of festivals. It was a semi-finalist, amongst other things. I had the misfortune of submitting it during Covid and there were fewer selections chosen. It didn’t have the festival run that I was hoping for.”

HNMAG “When did you finish the film?”

HNMAG “That’s extraordinary dedication. What was the motivation to keep filming?”

HARRY “I believe that you should finish things – even if it’s not a perfect work. To see a project through to its completion, to put it out there for an audience and have some self-evaluation and self-reflection is important to your development as an artist. I thought there was an unusual film there that participated in the sub genre of personal and auto-biographical family films. I wanted to make a contribution to that. The editing was also a lot of fun to do with my editor Raffie Speedback. It was those things that kept me going.”

HNMAG “That must’ve been an enormous amount of footage to go through.”

HARRY “It started off being a different film, time went by and I kept shooting. I reached a point where all of the footage began to make sense to me. It’s really 3 films inside of a larger film. There were through lines, there were dramatic lines. I began to see how it would come together and for other people to decide if it did or not.”

HNMAG “In the film, you lay out your plan for the documentary. You had met with a casting director and were going to replace your family members with actors. What happened to that idea?”

HARRY “The idea changed and I didn’t realize until the film was finished, how I could’ve done that successfully. The idea required more resources that I didn’t have at the time. It became an intimation of what it could’ve been and there are many within the film. In retrospect, there is an anthology of documentary techniques and reality television techniques over the last 20 years. We began to see that in the edit and we played with it, as much as the material/footage would allow. We did avoid doing voice-over narration, we didn’t want that. I do think that the film could’ve been enhanced by replacing 2 of the subjects with actors.”

HNMAG “When you originally embarked on this documentary, what was the original intention for how long you were going to shoot?” 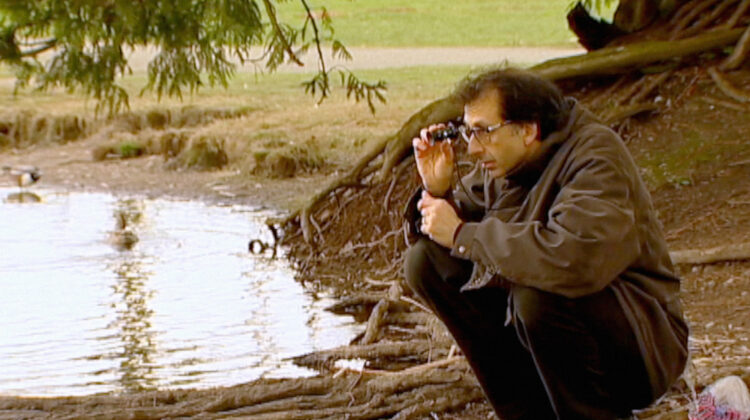 When you head out to make a film, how often does everything go as planned? Probably never, so it’s not surprising that Harry filmed longer than his original 2 years. Documentaries tend to take on the role of the dictator, in terms of the subject deciding when the story is finished. I’ve spoken to multiple documentary filmmakers with films spanning 10 plus years. It truly is a marathon and it takes a certain individual with the discipline of a boat builder to see it through to the end. The story is being written as the footage is collected and sometimes the writer/director doesn’t know how it ends until the final cut and the credits roll.

HNMAG “When I watched this film, it almost felt like you were channeling Woody Allen in some instances. I really enjoyed it and I understood it.”

HARRY “I can’t deny that, he’s been a personal favourite of mine for years and an inspiration. He was very good at what he did. Another filmmaker I like very much is documentary filmmaker Ross McElwee out of Boston. Nanni Morreti is also an excellent filmmaker that puts himself in his films – Caro Diario (Dear Diary) is an excellent film. What these filmmakers do is, they create a persona that resembles them but isn’t them entirely. I was trying to do a little of that in the film. When it screens in June, I hope people will be able to enjoy it.”

HNMAG “In the film, you’re an instructor at VFS (Vancouver Film School). Are you still there?”

HARRY “I was years ago but now I’m at Emily Carr. Everyone gets to make a lot of films over the course of their degree. It’s a year of foundation followed by 3 years of majoring in film and screen arts. ”

HNMAG “Are you still making films while you’re teaching?”

HARRY “I am and I’m currently in production of one. Greek to Me has ended quite a creative period for me; I’ve made a feature length documentary through 2017, 18 and 2019. These were projects with long time lines and some of them incorporated material from earlier films. One film was an expansion and an update of a previous film. That film was called, Is There a Picture that came out in 2017. It was about the first generation of conceptual photo artists in Vancouver – Marian Penner Bancroft, Christos Dikeakos, Rodney Graham, Jeff Wall and Ian Wallace. We’re going to be showing it at the Cinematheque on June 22. The second film I did was called SuperKids 2, which was a look at gifted children as they transition into adulthood/Highschool and then Greek to Me. I’m currently working on a film called The Collective Agency Project about seniors aged between 65 and 85 that have volunteered to sign up for a 2-year workshop, where they learn about art and be turned into artists and photographers, culminating in 2 exhibitions that happened at Capture (photography festival). It’s a film that celebrates life long learning, the human spirit and the next act – for those that are getting older.” 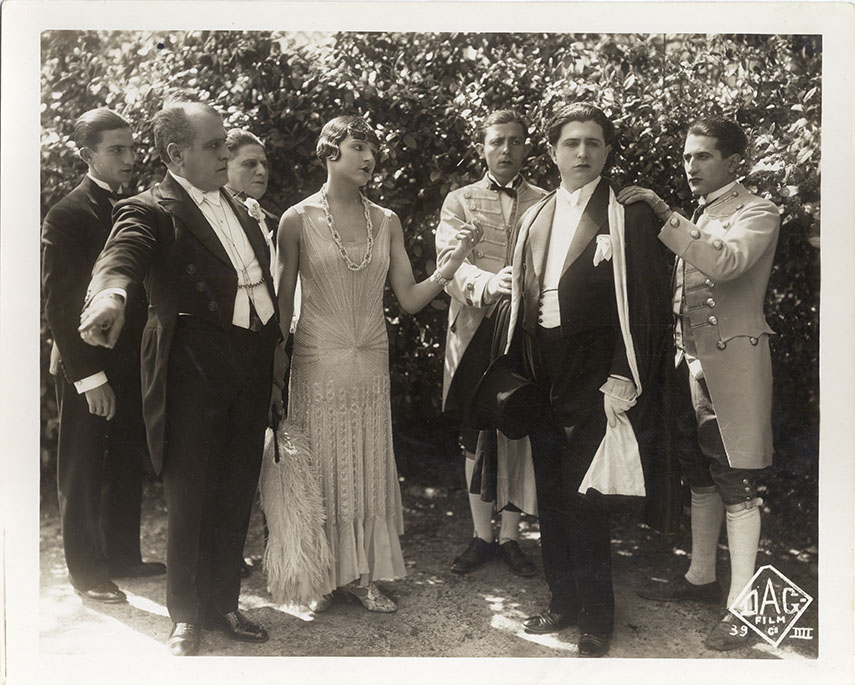 This festival could not happen without the generous support of Big Apple Ranch Studio, and with thanks to the Consulate General of Greece and SFU’s Stavros Niarchos Foundation Centre for Hellenic Studies.

The Hellenic Canadian Congress of BC fosters education, communication, and cooperation between Hellenic Canadians and other ethnic groups, and promotes the development of just and equitable policies and legislation concerning all citizens. The Congress encourages and promotes the retention and development of Hellenism in British Columbia within the multicultural context of Canada. You gotta love it when a plan comes together!