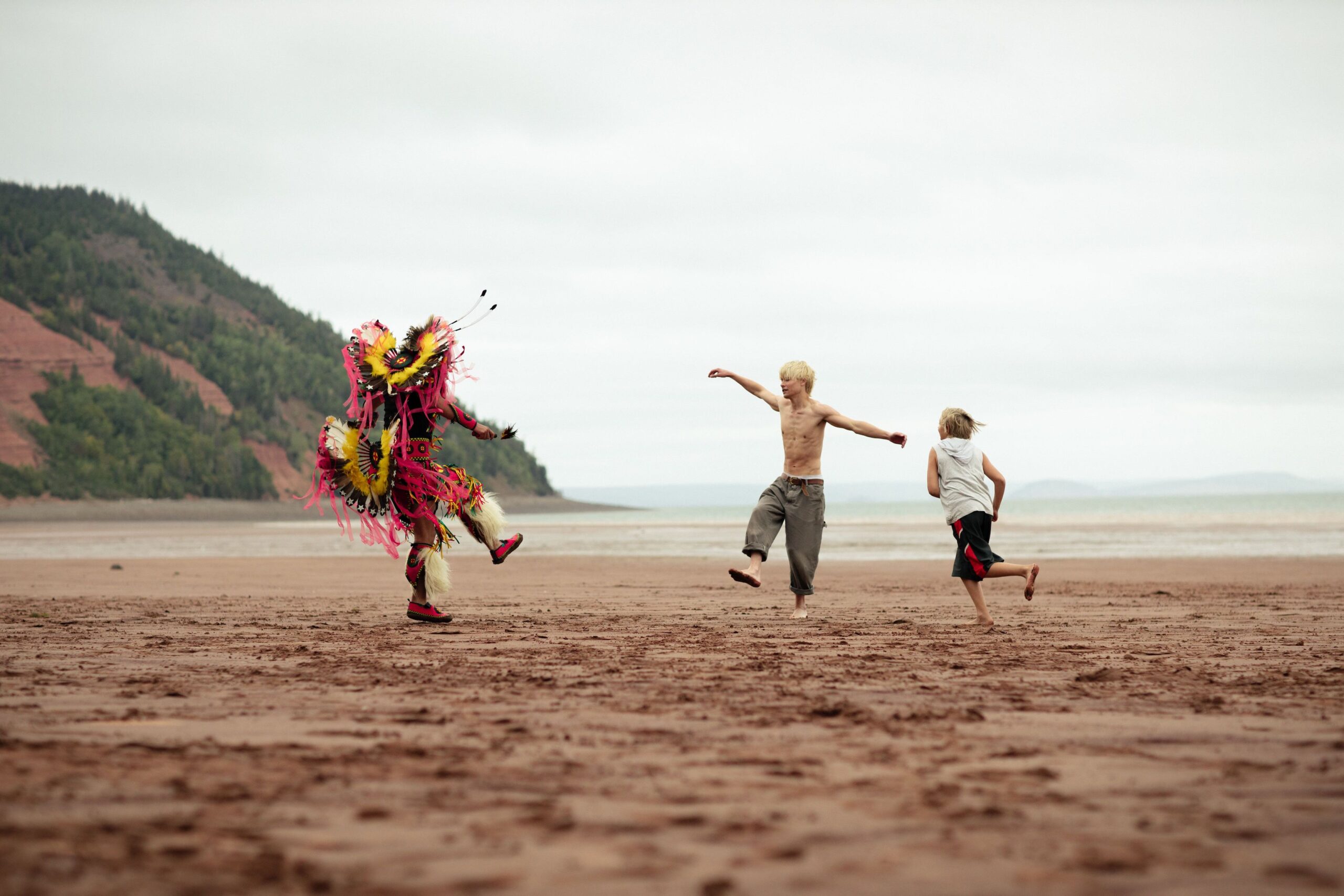 We all have a past, a childhood filled with memories and experiences – good and bad. We come from different walks of life, different countries, customs and the choices we make as we begin to find our identity. Finding your voice, your pride, what makes you happy, your dislikes and your journey of discovery – facing your fears to find a better future and making sacrifices along the way. It’s different for us all and some of you have struggled more than most. Some children have grown up in foster care or in an abusive home without guidance, love, family values or protection. As a child, you look for hope, you’ve seen images of happy families in movies and on TV; so why are you still suffering and where is your hero to save you?

Some questions are never answered, but sometimes you’re given clues, bread crumbs, teasers… that you can choose to ignore… or go all in, to find those answers to questions – that keep you up at night.

In a rural east-coast trailer park, Link lives with his toxic father and younger half-brother Travis. When Link discovers his Mi’kmaw mother could still be alive, they light a flame and make a run for a better life. On the road they meet Pasmay, a pow wow dancer drawn to Link. As the boy’s journey across Mi’kma’ki, Link finds community, identity, and love in the land where he belongs.

Wildhood is the Two-Spirit odyssey from writer/director/producer Bretten Hannam (Wildfire, Deep End) that screened at the Vancouver International Film Festival (VIFF) on Oct 1, at the Annex Theatre and again on Oct 4, at the Vancity Theatre.

Bretten Hannam is a Two-Spirit L’nu filmmaker and founder of Mazewalker Films, living in Kespukwitk, Mi’kma’ki (Nova Scotia) where he was raised. Their films deal with themes of community, culture, language, and tradition with a focus on Two-Spirit and LGBTQ+ identity. Best known for co-writing the short Champagne, which premiere at the Toronto International Film Festival. Brett also wrote/directed North Mountain, a two-spirit thriller that won Best Original Score at the Atlantic Film Festival and the Screen Nova Scotia Award for Best Feature. They are also a Fellow of the Praxis Centre for Screenwriters, Outfest Screenwriting Lab, Whistler’s Indigenous Filmmaker Fellowship, and the CFC writer’s lab. Currently they’re working on a screen adaptation of the stage-play, WOLF BOY by Brad Fraser.

I was pretty stoked about talking to this incredibly talented writer/director/producer about Wildhood and the passion behind this project. Roll the tape! 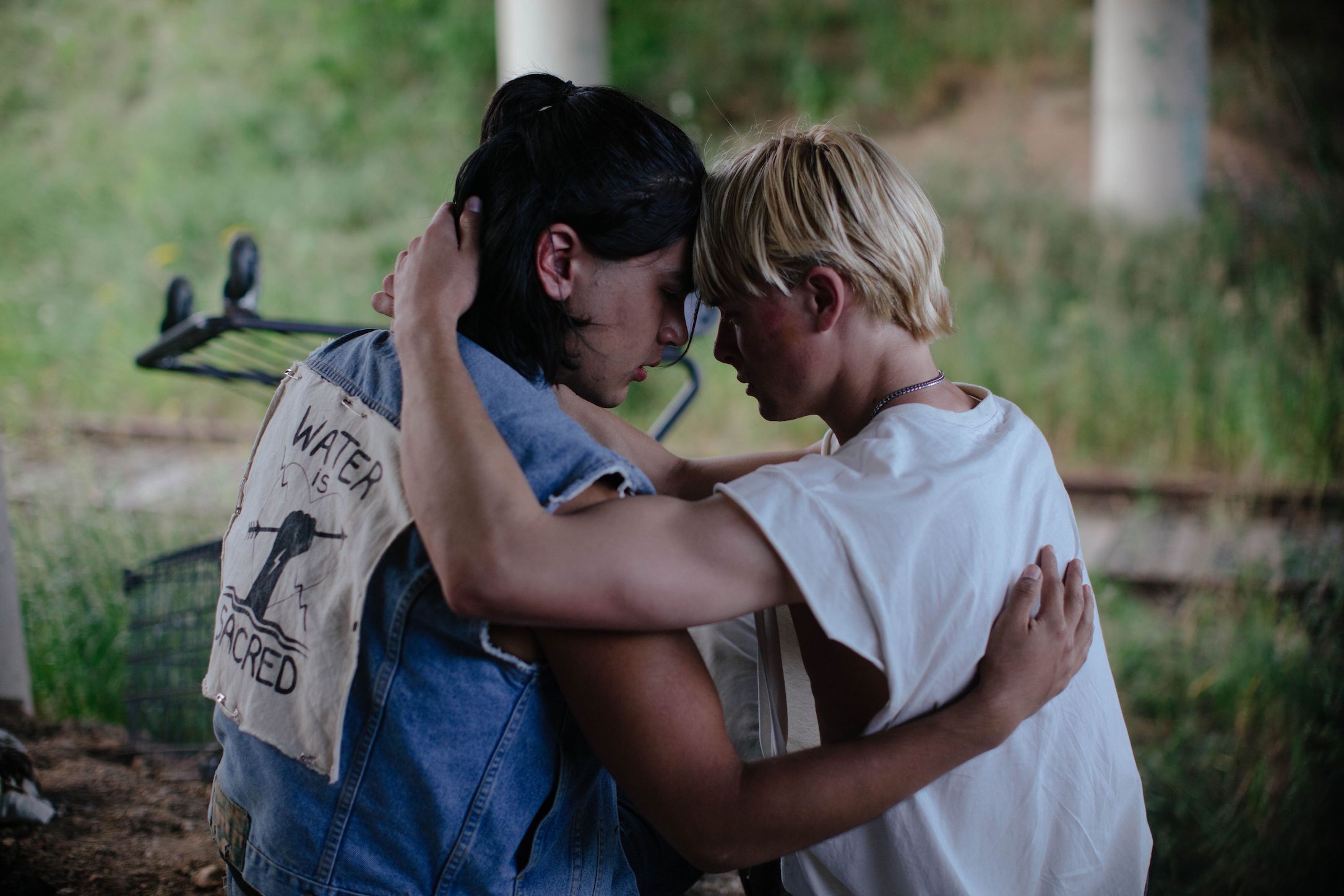 HNMAG “Your film Wildhood opened up VIFF  – How did your film get selected for opening night?”

BRETTEN “I’m not sure what that process is like or how it happened. We just focused on the work we needed to do to make this story as good as possible to share it with as many people as possible.”

HNMAG “You wrote the screenplay. What inspired this story?”

BRETTEN “I’ve been working on this script for 10 years. I was much younger back then and I’d drawn from a lot of my own different experiences, community experiences, my friends and family. I had been sharing the story with my community without giving them the script, but rather – talking about the story and the characters, the journey and all the elements within it, while getting feedback, especially from the Wabanaki Two-Spirit Alliance. They are a group back home in Nova Scotia in Mi’kma’ki, in the Mi’kmaw territory that help to support Two-Spirit people. Part of this is storytelling with a lot of cultural elements and language that we had to develop into something that would be positive and beneficial to people. The story had developed from sharing the story with people, then really listening and incorporating feedback – with permission, into the script.”

HNMAG “It sounds like there were a few rewrites along the way?”

BRETTEN “I stopped counting but I think it’s been a first draft 9 times now (laughing).”

HNMAG “This film was at the Toronto International Film Fest – how did the crowd react to the film?”

BRETTEN “It was a great screening but a bit of a unique situation with theatres reduced to half capacity. If you don’t enjoy public speaking, it was amazing. I’m not a natural, so when I look out to a packed audience, my words escape me. With only a half-packed house I was able to speak a little better. The reception to the story was very positive and good. We had a very good Q&A and I found people responding differently according to the journey the characters go on in the story. I was happy to see different parts of the story resonating with certain people.”

HNMAG “You have an amazing cast in this film. How long did it take to assemble them all?”

BRETTEN “It took awhile. We were ready to shoot at one point but then had to wait for funding. It can take awhile to get the funding together, sometimes a year or two. Given that this project had a young cast, it added an extra pressure in going to camera before they looked too old for the role, especially for our youngest actor. He’s grown tremendously since we finished shooting. We had made a short earlier version of the film and had used some of those same actors in the feature in different capacities. We also received a lot of self-tapes and were sifting through them, not because of Covid, but because it made the most sense.”

HNMAG “You’re a producer at Mazewalker Films, you have Gharrett Patrick Paon – Producer at Rebel Road Films, Julie Baldassi – Producer at Younger Daughter Films and Damon D’Oliveira – Executive Producer at Flimshow. How did you get them all onboard this project?”

BRETTEN “I actually found one, which was Gharrett. He’s a friend and an actor in another lifetime, he was also in the first short film I did. He’d been going through the producers training at the Canadian Film Centre and asked if I had a script that I’d be open to sharing. I told him I had a script that he might like and I sent it to him. He responded well to it and said he knew some other people that could help form a team. That’s how the dream team came together.” 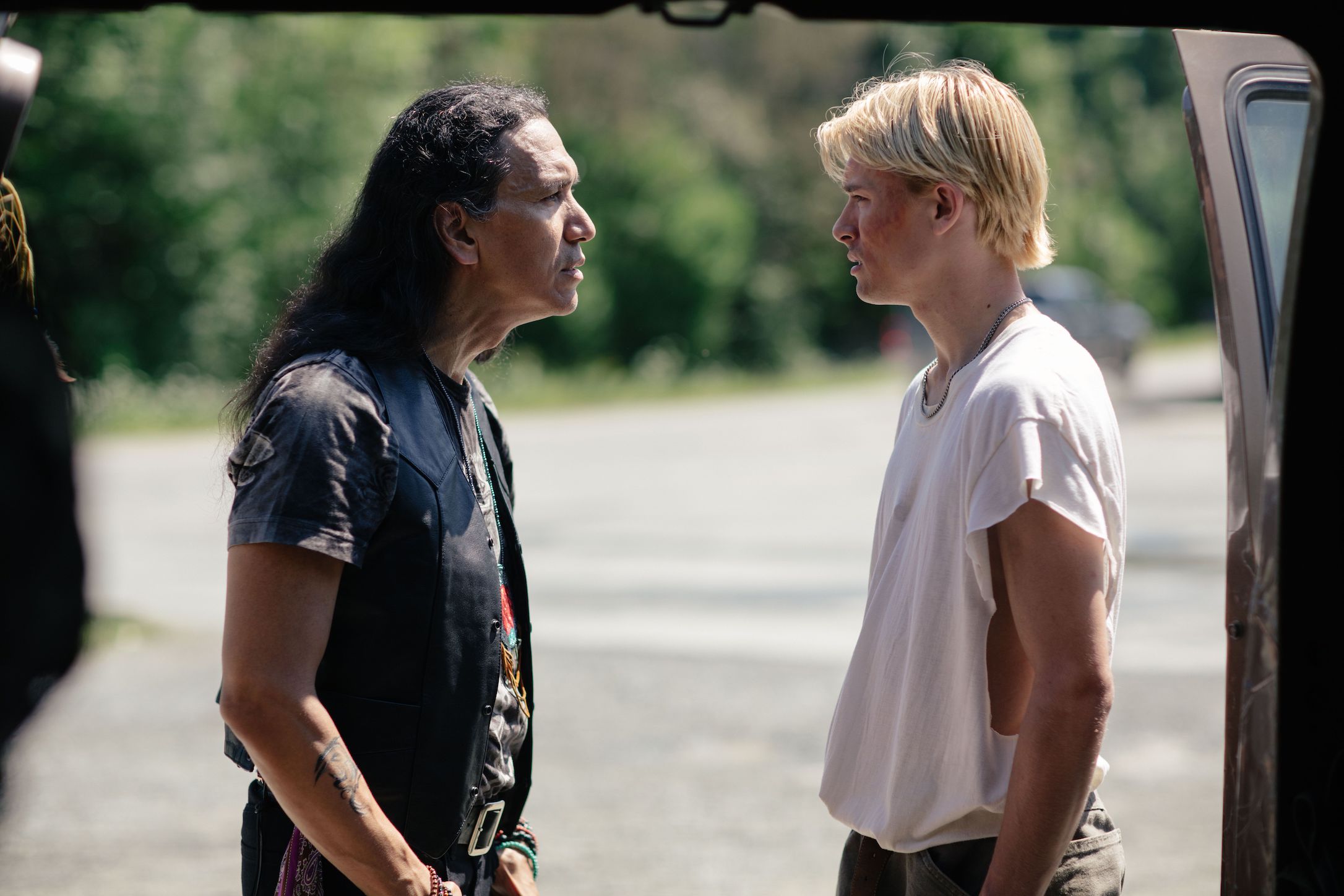 HNMAG “What would you say is at the heart of this story?”

BRETTEN “There’s the quest of the main character trying to find out/track down his mother to see if she’s alive, while following this path of where she’s been and who she used to be. The other part of the story is about trying to find out who you are, where you belong and what is your place in the world. In a sense, it’s a coming-of-age film but it also deals with aspects of Indigenous being and knowing – knowledge and culture. It’s all of those things at once because it’s very difficult to separate/segregate any one of those elements out – they’re all attached to each other. It’s really a lot of things.”

HNMAG “Is this film set in modern day?”

BRETTEN “It’s set in modern day but a couple beat up cell phones make appearances. I live in a rural area where we have technology from the ‘60’s to current times and people use whatever’s handy and what’s available. There’s a layering of time era’s but it was important to set it in modern times because a lot of Indigenous stories are set in the past. We seem to only exist in the past – but in truth, we’re here, we’re now, we’re still here and moving forward, into the future. That was an important reason behind telling it in the present day.”

HNMAG “Where did you shoot the film?”

BRETTEN “We filmed in Nova Scotia, in Mi’kma’ki – the territory of the Mi’kmaw people. We shot just outside Halifax and then far outside of Halifax in the woods of the Annapolis Valley.”

HNMAG “Where does this film go after VIFF?”

BRETTEN “It goes to Montreal and into the Festival du Nouveau Cinéma where it will be screening on Oct. 8. That’s as far as I’ve allowed myself to think ahead. There are other places but I don’t know the order or the dates they’re screening (laughing).”

Bretten had attended both screenings at VIFF and I think he received a very warm welcome. These films are so important and become a platform for incredible stories, such as Wildhood. Indigenous stories are part of our Canadian culture and help to break down stereotypes, myths and misinformation. The stories are colourful, they are diverse and I anticipate more great stories to rise to the occasion. Please support more Indigenous filmmakers, so we can continue to lift the curtain on transparency and community.