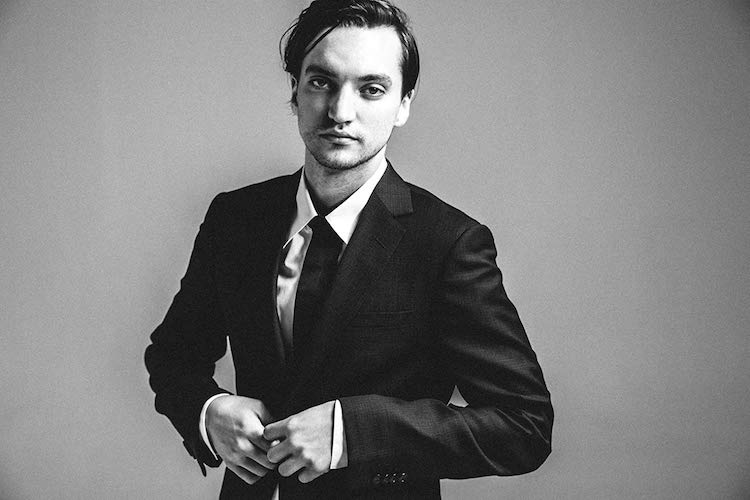 I had the tremendous privilege of attending this years Whistler Film Festival. If you’ve never been, I can attest that it contained an avalanche of talent not found anywhere else. My only disappointment was that it only lasted 5 days… and that I forgot my toboggan again.

There were parties, workshops, The Women On Top program, the most amazing dinners and of course the films. With limited time to take it all in I gave it my best college effort to bring some of my experiences back home to share with everyone. One of my more memorable experiences were in thanks to Jacki St. Thomas, my PR contact and Senior Account Executive for the festival. She was integral in scheduling interviews for media and Hollywood North Magazine is very grateful for being included. I was informed of Stars to Watch, which is a special part of the festival that shines a light on young talent being recognized for their contributions to film.

I was invited by Jacki to speak with four amazing actors and Richard Harmon was my first guest. He was in Whistler representing his film Woodland. I was fortunate enough to attend the screening of the dramatic film and it left me wanting more. Richard truly became the character on screen and carried the movie through to the end. His performance was nothing short of stellar with huge applause once the films credits began rolling. Having incredible talent like Richard in Canada ensures that more independent films made here will be well represented by actors like him.

Here is our interview with Stars to Watch actor Richard Harmon.

“You’re in Whistler representing your film Woodland, written and directed by Jon Silverberg.  Can you give me the premise of the film?”

“Absolutely, it takes place in the 1980’s. It’s about an alcoholic and drug addicted photo journalist named Jake, which I play. His life is falling apart, so he takes a job as a watchman at a fishing lodge in Haida Gwaii. It’s the off season and there is only one other resident on the small island, named Sparky. He’s been taking care of the lodge for the last 12 years. I’m there to help him but I’m also a city boy and go off into the woods to take photos. As I begin to develop the photos, I notice that they are not coming out the same way I’d shot them. They begin to represent brief premonitions of events in the near future that start coming true. As the audience, it’s up to you to decide if these events are actually happening on this mysterious island or is it a result of the drugs leading to hallucinations.  Essentially, the movie demonstrates that you can’t run from your demons and that they will follow you no matter where you go.”

“Did you film on location in Haida Gwaii?”

“We wanted to but it would’ve been very far and difficult to get everyone there. In addition, it’s very hard to get permits to film there because they’re very protective of the land. We shot in Fort McNeal on Vancouver Island, which was lovely.”

“It took 3 weeks. It was very quick but not painless. We had a lot of fun but we lived that movie while we were there. The entire cast and crew lived that film and we felt like characters in the film by the end of it. It was cold outside with rain, sleet and snow but we would go with it.  We were all a bunch of zombies walking around once we wrapped.”

“How did you go about preparing for the role of this alcoholic, drug addicted photo journalist?”

“Certainly not method (laughter ensues) on this one. I actually know people like this where they are seemingly allergic to life. It’s like life keeps giving them chances and they keep throwing them away. It’s almost like an allergy to life is how I’d describe it. Jake has that, where he seems to reject it at every turn. He seems to sabotage himself for no reason and that’s how I’d seen the character. Sadly, I’ve known people like that in my life and it wasn’t the most fun to be around them. I tried to take any sense of charisma and charm out of his character and just be this slob that rejects life at every turn. It’s sad to see and sad to play.”

“How did you get cast for the part of Jake?”

“I’m not entirely sure; they may have seen some of my past work or known of me which led to them offering the part to me. Once I read the script I thought it was fantastic. I thought it was really good and knew it was a film I really wanted to do.” “I have played a number of dark characters before, such as a murderer, rapist, drug addict many times in my career at this point. The fun thing is changing them up. Just because they might share certain traits of other characters I’ve played, you have to make them different and add depth. I think the difference I saw in Jake was, is it possible to play a character that the audience doesn’t get behind. I was so lucky to have Philip Granger, who plays Sparky be such a loveable guy that the audience could get behind. I actually play the protagonist in the film but the character keeps the audience wondering if he’s good or bad.”

“Is this your first feature film?”

“This is probably my 30th feature film. I love my job and have been doing this for 17 years now. I was 10 when I got the acting bug. Mostly because my sister got into it so I wanted to do it too. I was such a shy kid and my parents weren’t sure it was for me but I kept pushing them for it. They were actually right but I was determined to be good at it and got tired of failing so I began taking it much more serious and started working much harder. I’ve had a few friends try to get me into theatre acting but I have terrible stage fright. One day though, I probably will. The stage fright has gotten better and I’ve gotten more comfortable with my job.”

“Are there roles you’re more attracted to?”

“The role I would die for is Ebenezer Scrooge. I think he’s the best character ever written. He’s the perfect arc. You get to make the audience hate you believably and then in an hour and a half convince them that you are worth loving. It’s a brilliant challenge for an actor. So guys like that, complex characters or real people is what I like to play. I’d also like to play a werewolf. I’d like to do a character study on a werewolf character because I think it would really be about mental illness. To have to live with this thing inside of you when you want to live a normal life and this thing keeps coming out of you, it’s much like mental health. I actually have a tattoo of one on my back. I’m not sure why but I’ve always loved them as long as I can remember.”

“Is there anyone that you would absolutely love to work with?”

“I would love to work with actor Paul Dano from films Little Miss Sunshine, There Will Be Blood, Prisoners. I think he’s an amazing actor and a little older than me but I really look p to him. Another actor would be Michael Shannon.”

“Have you ever worked on a film in the US?”

“I actually just finished a film in LA a few months ago called Anderson Falls. I’m half American.”

“Do you find it different working with American crews in comparison to Canadian?”

“Every crew is different even if you’re filming in the same city there’s a difference.  Their a different set of people and pretty much the same from city to city, from what I’ve found.”

It was a thrill being able to chat with Richard Harmon about Woodland. I did however have more opportunity to talk to more Stars to Watch and the Q n A kept going.  Please stay tuned for my next guest.