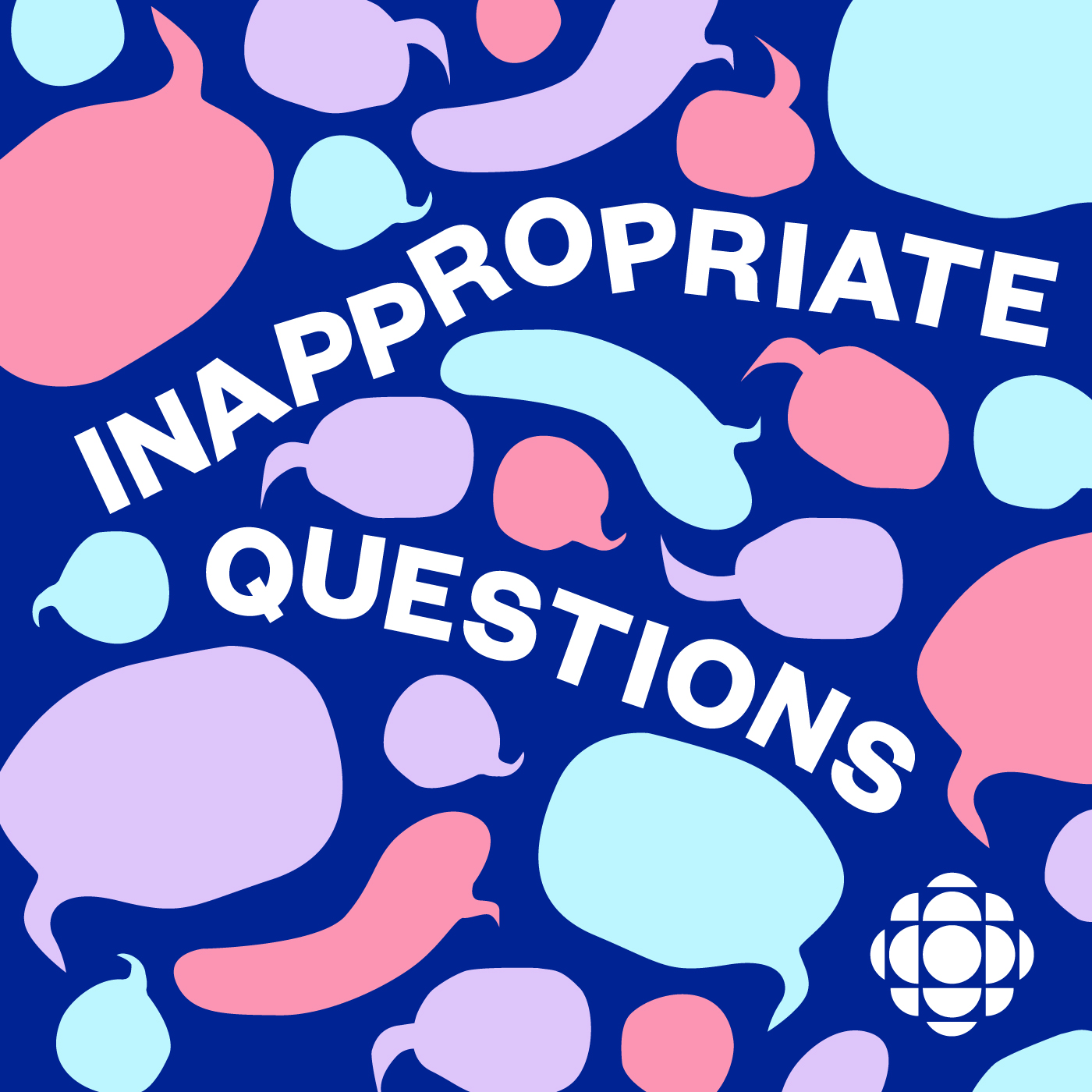 Something interesting on CBC has been renewed for a second season, and I’m not talking about some dramatic tv show starring authorities. I’m talking about the podcast Inappropriate Questions. To some people, it may sound like an iffy podcast given its name, but it dwells deeper than what one could expect. Hosted by Elena “millennial” Hudgins Lyle and Harvinder “just a dad” Wadhwa, they reach out to members of certain communities and ask personal questions to get some interesting and educational insight. I spoke to the hosts over the phone to see what goes into making a podcast as well as how they’re managing given the state things are in right now.

HNMAG: When it comes to answering questions, how do you come up with them?

Elena: Basically, a good handful of them come from experience. A good deal of the show came from my producer, Sabrina Bertshch who is mixed race, so she gets lots of questions like “What are you?”, “Where are you REALLY from?”, and stuff like that. So, that became one of our first episodes. Sometimes they’re from personal experiences. Other times, they’re from research. We hear from the Internet or from someone in our circles that a certain question gets asked. Sometimes we just really want to speak about a certain topic or a certain community. We’re pretty sure they get asked some kind of questions, so we work backwards from there to find out the questions and sometimes we reach out to the people in that community and say “Hey, what do you get asked? What would be good for us to unpack?”

HNMAG: As far as inappropriate questions go, what boundaries would you NOT cross?

Elena: I feel like it’s hard because I haven’t really thought about it that way before. There’s not that many questions that we’ve seen and thought “Ooh.” But I think definitely, anything with any over-offensive language, any words that everyone knows should not be said. We’’re not here to break down anything that has mean or ill intent, so if something is a question that’s obviously meant to offend or hurt anyone, that’s a boundary we won’t cross. The show is more about speaking to people with good intentions.

Harvinder: And if I may add, we are not delving into any of the political stuff. It is more stuff which the people are unaware of than insensitive. The aim is more to in a sort of way make people aware of these little things. They seem to love this particular one on grieving, and a simple question was “How are you?”. In normal circumstances, it’s a perfectly normal question. But for a grieving person, this can sound a little insensitive, it can be something you may not want to ask. We are exploring the depths of the insensitive questions but the aim is not to incite, just to understand. So at that point, there are no limits.

HNMAG: Have you angered any guests on your show?

Elena: I think there’s definitely been uncomfortable moments in the studio when we haven’t known the right word to use. So our learning has been uncomfortable for the guest as much as we try to make sure it’s not. For instance, in our very first episode, we talked to a young transgender man and Harv asked him “What is a transgender person?” and that was Harv coming from a really genuine place. It got uncomfy for a second, but then our guest really opened to explaining and giving that definition for people who don’t know what that means. Sometimes the awkward moments can really turn into valuable learning.

Harvinder: To add to that, the point is ‘Context is everything’ and even the person you have offended, not deliberately. When the person realizes that was NOT the intent, they start to relax but at the same time, things get very comfortable. All you have to do is apologize and just make sure you don’t make those same mistakes.

Elena: And we try to make sure as we make our way into the studio with our guest, we say “if there’s a question that comes up that you don’t want to answer, that probes too far into the issue, you can feel free to skip it.” We try to make sure that the guest feels as comfortable as possible and it shows what kind of space they’re going into.

Harvinder: None of our guests have ever said that there was anything they don’t want to talk about. They were all very open. They wanted to answer all the questions.

HNMAG: What is the most edgy subject you ever covered?

Elena: That’s a really good question. The most edgy we’ve gotten is “Can you have sex?” asked for people with disabilities. I think that might’ve been the most uncomfortable episode for us, talking about sex. HNMAG: Have you learned a lot since you’ve done this series?

Harvinder: I don’t think Elena would’ve learned the amount that I have learned. It has been an amazing journey particularly for me. Every episode I go into really starts out as a problem. Until you start discussing it and then it becomes an eye opener.

Elena: I think I have a lot to learn as well. I usually leave with some take-aways too or I’ll have done a lot of research on the topic ahead of time but something our guest says will completely convert how I think about that topic. We’re doing an episode about grief and how to talk to people who are grieving and I’ve thought that since I have been through some loss I would be an expert on talking about this but I learned a lot in that episode that I will apply to my life now talking to other people who are grieving because I found out I wasn’t an expert at it.

HNMAG: Do you have any regrets in terms of topics?

Harvinder: No, absolutely not.

HNMAG: What is the process of recording a podcast?

Elena: So, we start with some research. If we don’t have a personal connection to it, we research it. Or sometimes we reach out to the community we want to talk to. Their experiences to kind of inform our research going forward. We do a lot of googling and a lot of research in general. We look for guests who have discussed or spoken about this topic, if it’s really prominent in their community. We reach out to them, then Harv and I jump on a call. We’re prepared to move into a studio and we usually have multiple interviews per episode. We have one main guest, but sometimes guests with additional perspectives and then we also have an expert who explains the context behind the questions. Often we’ll have more than one interview, and then that goes to our editor and then we record our intros, outros, credits, once we have all the interviews in place. We also put out a call to people we know or the general public for voice notes. So these are just quick clips for people to send in and kind of flesh out our perspective on the topic. Then we send the episode off to the distributor, after it’s gotten some kind of approval. That’s how it happens.

HNMAG: Has the pandemic caused any issues with recording?

Harvinder: I am tortured! I have to wear a blanket on my head, and try to adjust the microphone and read the question at the same time. I am just despising it. Very, very painful. But I think this has to be done, because now people have more time, so we need to provide more content.

Elena: Yeah, we had to get some equipment for us from CBC, and then we had to hop on a call to teach Harv how to use it and set it up. I knew a bit about it because I studied media production. But I also am finding it quite uncomfortable now that it’s more recording under a blanket to deaden the sound. We’re struggling here, but kudos to people who make podcasts from home because we started out in a studio at Ryerson which is really lucky because most people start their podcasts from home. We’ve never really had to do that before. This is a learning curve for us that I think others have beaten us to.

Despite what they’ve been going through, Elena and Harvinder show strength and a promising amount of new content for Season 2, sure to be an interesting listen for a nice long time. Check out Inappropriate Questions Season 1 in the meantime: