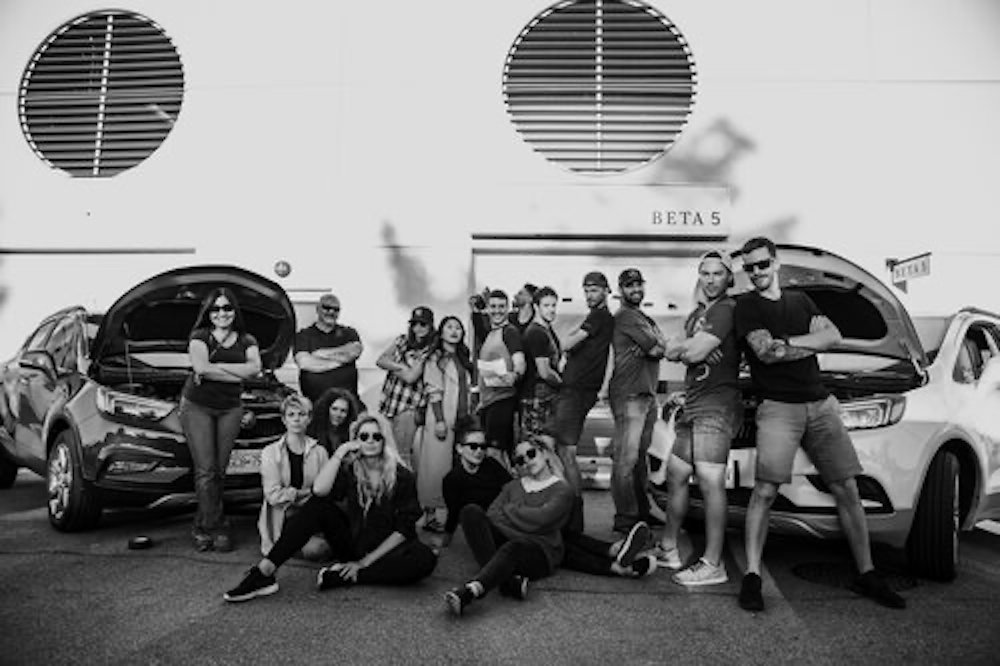 Vancouver is a place for many local film companies to thrive. Sometimes, it’s not easy for other companies to make their own corporate videos or advertisements. That’s when certain special film crew companies come into the woodwork. As someone who may one day be operating a company like that (long story), I spoke to Michael Goldstein who was a founder of such a business. Michael’s production is called The Heist, because the workers for the company are all like-minded individuals who can bring a variety of traits to the table and get a job done efficiently without any hitches, much like a heist either in real life or in most cases, any movie in the Ocean’s trilogy (maybe just about any heist movie for that matter). Chatting over the phone with Michael gave me some interesting intel on the inner workings of the company, and its origin. So far, they’ve been doing amazing since 2011 and it’s sure to be more progressive in the following years.

“How did the company get developed?”

“So the company started through a freelance gig that I had. I had a bit of weird path with the university, and eventually when I landed back into the fine arts program, I was just working lots of freelance jobs, trying to get as much experience as possible doing anything I could film related, and it impacted from there after graduating. Once we started to get more and more contracts, and the first couple people. It actually started as a freelance gig, and doing action sports content. My first work was for Whistler Blackcomb actually back in 2011.”

“Could you explain some of the jobs and tasks you do for your clients?”

“It obviously depends if we work with a brand or an agency. But we’re pretty much there to service a full skill pack. If it’s for the brand side, we’ll do a lot of the creative development work, and if it’s an agency, we’ll get their scripts, and we’ll work with their creative department to see where we can take that. Then we’ll execute on production, we’ll do most of our post-production work here in Vancouver. So it’s kind of a big range there.”

“When it comes to a project, is there any challenge that you would consider to be too hard?”

“I don’t think that there’s anything that would be too hard. I mean, there’s DEFINITELY stuff that we don’t have the experience for and we wouldn’t do. There’s definitely certain types, we don’t do a fictional narrative type of commercial spot. That’s not something we’d jump to right away. We might consider turning down if we can’t offer or put our best foot forward with it. But in terms of challenges, at least within the kind of genres and industries we DO work in, there wouldn’t be anything TOO challenging in there.“

“How did you manage to form alliances with so many successful brands?”

“I guess it’s a little hard to say in there, but it really just came from us going after clients and industries that we were really passionate about to work with. Once we got in with those industries, whether it was Whistler Blackcomb, or Lululemon, or General Motors, it came pretty easy just to establish friendships. We want to make it work with them. They want to see good work come out with that, and I think it’s kind of feeding off each other and I think it’s lead to some long-term relationships that have been pretty awesome to have. “

“How do you keep up with the modern flow of technology, genre, and concepts?”

“For the creative side, we don’t really have a set process to keep up with what’s trending on there. Usually, when we’re diving right into a creative, we’ll just usually get into a big group brainstorm on that, and see what is to their liking, the time, and whatnot. But when it comes to technology, that’s something that I started with. I didn’t necessarily have any means to go back to use all these crazy complicated technical things. But I was certainly trying to follow along and build all these super janky ways of doing it. I’ve always tried to keep up with the technology side of implementing everything we can, when we can on that. I do think we follow pretty closely on the tech side, and then for the creative side, and that kind of comes more organically with what people are watching, enjoying, and talking about at the time.”

“Where did this caper-like culture for a business/company outline develop from?”

“It really just started back in the early years and  trying to pull off all these big crazy looking visuals with all these limited resources. I was always striving to push there, and I think from doing that, I started surrounding myself with like-minded people who wanted to do the same thing as it started to grow.”

“Given your sudden shift from business school to an arts film production program, was it an easy transition or was it hard?”

“It was an easy transition once it happened, but since I got kicked out of business school, which was tough. I went to UBC, got a scholarship for the business school, and once I got about a month in, it was probably September, there was no interest, I wanted to be out filming all the time. So I was that kid who got told you didn’t take enough classes to do the exam. But I wasn’t off doing nothing, I was out filming every second that I could. When I got kicked out, I actually applied to the film program at the end of that year, and I got in on the portfolio. But then I got told that my average wasn’t high enough to transfer back. So I said “Okay, well I just need to take some time to figure out what I’m going to do.” so I actually ended up going and starting a carpentry apprenticeship. It was something completely different, and upon doing that, I realized that I couldn’t leave film. So once I made up my mind, like “okay, I need to go after film, 100% properly.” then I would say it was a relatively EASY transition but figuring out and getting into that commitment point, that took some time and effort, and SOME blood and sweat and tears *laughs* ”

“Would you consider branching out to other provinces?”

“Absolutely. We actually recently partnered up with our first out-of-BC partner so we have a full-time partner in Montreal now. It’s fantastic, we’ve been working with him for the past year and we have been wanting to work with him for quite a while. So it became a reality and that started to work very very well. It’s been fantastic for all of our east-coast work.”

“So the future’s looking bright for more possibilities?”

“Yes, a 100%. Obviously, we’re based in Vancouver, and a lot of our work comes from the east coast anyways, so it was inevitable that we would be partnered up with somebody from there and we weren’t sure if it was going to be Toronto or Montreal. A lot of work comes from Toronto for the commercial side, but given the way things rolled out, it made a lot of sense to partner up with our colleague in Montreal. We’re definitely looking to expand that into Toronto.”

Given the way things are looking for the Heist now, they are sure to get stronger and better as this year progresses. Check out their official site here to keep up with all the amazing jobs they do.