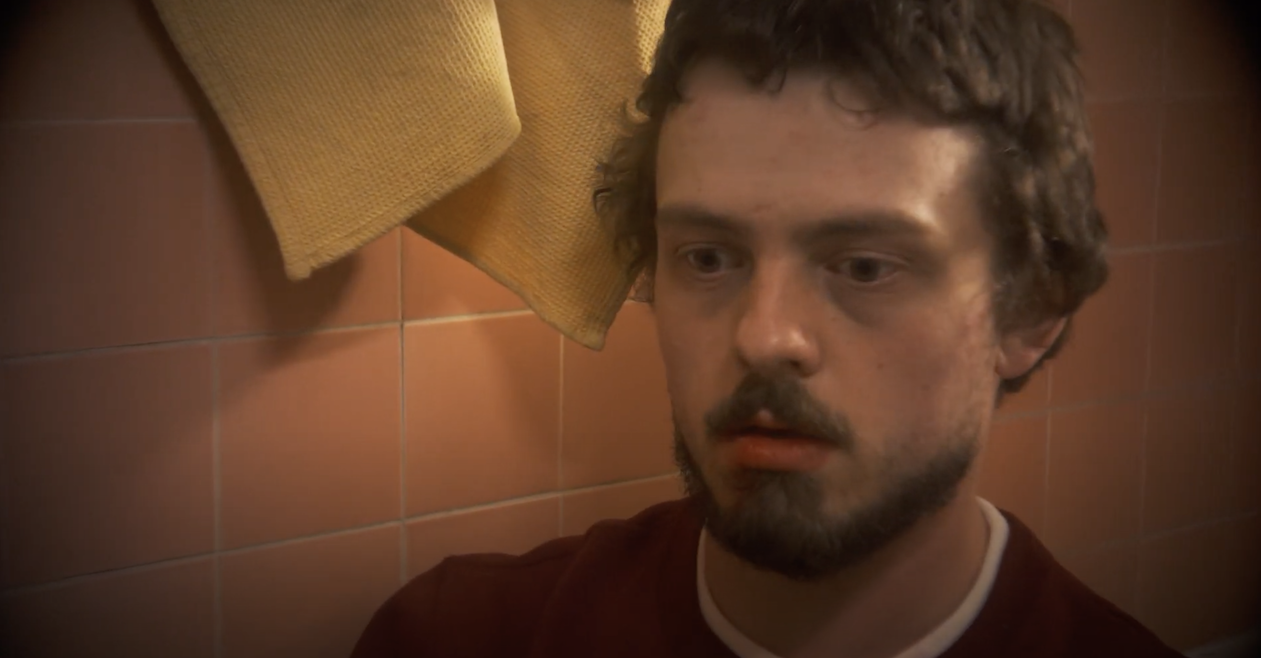 Having been through Vancouver so many times, I know how pricey things are and sometimes those who can’t afford anything whatsoever end up as one or two types of people. The homeless in DTES, or buskers all around Granville Street or the occasional skytrain station. But make no mistake, busking requires a permit and if you think you can just stand at any street corner and play Classic rock covers on your ukulele for money then you’ll have another thing coming. Most likely a police officer.

But the point is, street performers pretty much just do music or in the VERY rare case, mime and movement (I honestly haven’t seen that here though). You don’t see them screen movies and if they do, it’s always inside a slaughterhouse accompanied by animal activists standing around in Guy Fawkes masks. How about a different kind of movie? That’s what Jordan Lee-Tung is going for. Screening a movie in multiple locations across Toronto where it seems more people are walking along now, Jordan’s short film “And I Swear to F*ck” is a very interesting type of short movie that you may only see once in a while. I mean that, you could notice it out in the open on your next commute, and you could never find it again, thinking it was just a dream. I talked to Jordan about his film and got to know more about why he is doing it in such an interesting style.

HNMAG: So I’m wondering, how did you choose all the different locations to screen this film?

Jordan: I was looking at locations that have high-foot traffic, mostly the downtown core. I’m trying to approach it like busking.

HNMAG: Where exactly did you come up with the concept for the short? It’s very surreal.

Jordan: It took a while to put together, it was originally going to be called “Scum F*ck” and I just kind of wanted to write a movie about Anarchy. I was listening to a lot of anarchist folk-punk music at the time and then I decided to write this thing. When I started I said “I have to start researching this thing” and I liked the music and the points they bring up but I’m not fully immersed in this political idea. So I found a copy of Bianca’s Manifesto by Anselmo, and I cracked it open. He made some strong points from the get-go until I got bored with it and didn’t finish it. Then I decided to make a movie about the romanticism of toiling with ideas instead.

HNMAG: Are you very big on surrealism? Because this seems like an abstract concept of a film.

Jordan: Yeah, I love surrealism. I’m dealing this movie as an ‘absurdist drama’.

HNMAG: An absurdist drama? Why is that?

Jordan: You know that saying where “you know you have a dream and it feels very important and poignant at the time” and then when you look back on it, it’s completely ridiculous?  For me, the dramatic absurdism is the point before you realize the thing in your dream is absolutely ridiculous. What I’m trying to do is sort of create images and make statements that can either be seen as poignant or funny at the same time.

HNMAG: How long did it take to film the whole thing?

Jordan: We shot over the course of… three days.

HNMAG: Was it shot during the COVID pandemic?

Jordan: No, not during the pandemic. We were in the process of post-production when the lockdown was set.

HNMAG: What inspired you to have the film screened outside? Why not a theatre or an online festival?

Jordan: That was actually the plan before COVID, but nowadays people aren’t going to theatres thanks to COVID. I’m also very aware of things being released online, I just want it to be randomly available. Having it online just makes it available for anyone to watch it, but I don’t want it online because everything just gets lost under the sea of content. Everything is treated equally which is nice, but it’s just going to get lost which is unfortunate. I’m very cached to the way musicians released their music, shows and busking and being able to release things in such a way. So I decided to do that with the outdoor screenings.

HNMAG: So it’s a rare treat for people passing by? They see it once in a lifetime, possibly?

Jordan: Being arrested. (laughs) But we’ll see what happens, at the very worst there will most likely be a fine which will really suck a lot. But I’m really passionate about this movie and I think it’s pretty cool. I just want to show it to the public.

HNMAG: What do you think the public will learn from watching your short film, if anything at all?

Jordan: I think what they’ll get from it more than some sort of moral or anything is more of a perception of the art thing of Toronto. I find a lot of stuff that’s puzzle sized is very catered to a more popular sensibility. I don’t think people see a lot of stuff like this that’s grown out of Canada, and that’s what I want to display.

HNMAG: Just how much budget went into the film? It looks like it had quite some effort put into it.

Jordan: We cut it all in Premiere, I was cutting it with my roommate at the time. All the effects I did myself, they were all done with Adobe products, and then the sound was done in Pro Tools. Then we tried to approach the editing with a style that was old-school. Just trying to match the use of fades and not having very many digital transitions and effects. It’s mostly just like Opacity, Green-screen, and blending.

It’s truly one of the finest yet weirdest things I’ve seen myself and it’s especially strange to those who will get to see it. If you’re anywhere in the Downtown Toronto area, you just might see it this month when you least expect it or you might notice it, but you never know if you will. It’s all about surprise with this film and how it’s being screened…