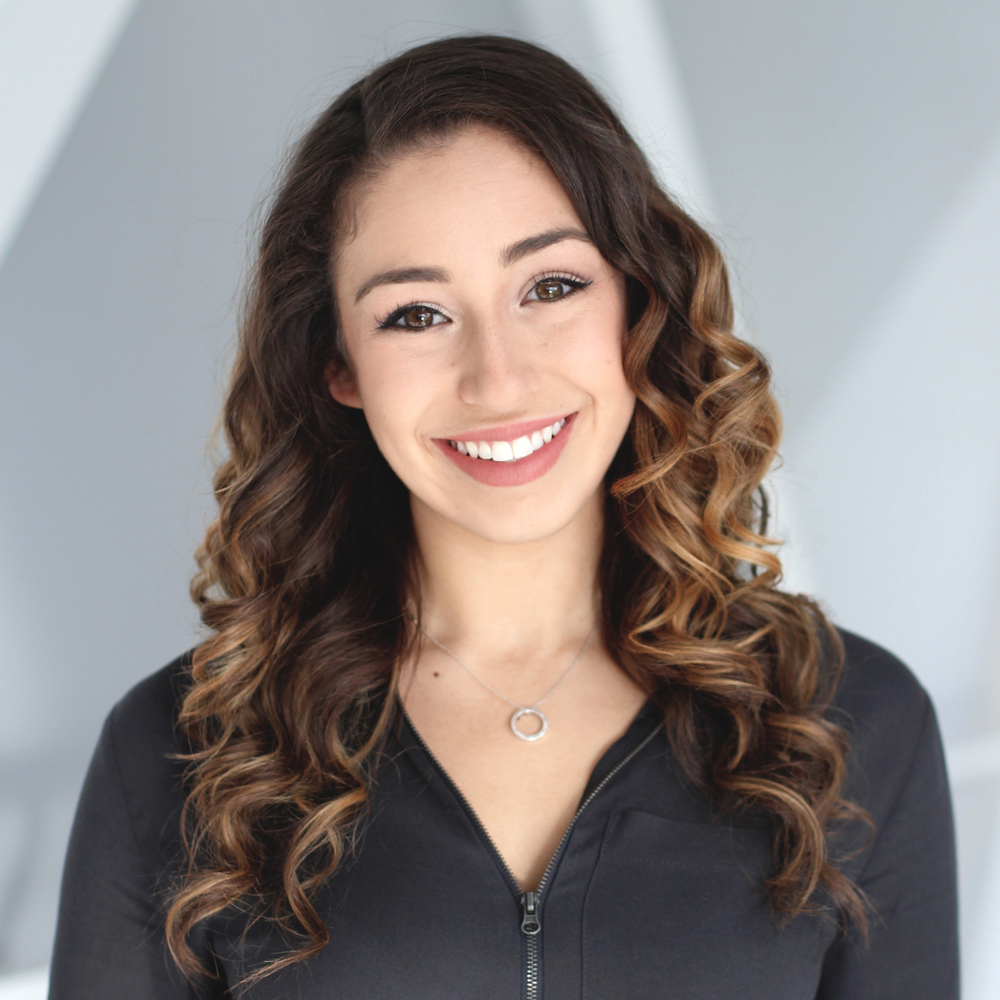 Often when it comes to productions, US companies come to Canada because of many reasons, most of them being finance and the rest being the scenery the country has to offer. But how often does a Canadian move out to US to pursue new work? While the economy isn’t much better and stupidity seems to be contagious over there (Apologies to US readers EVERYWHERE), states like NY and LA are definitely thriving with filmmaking opportunities and great advantages. I will admit right now I had plans to move there myself once. Just once. I changed my mind after observing academic writing services.

Melissa Scicluna started her humble beginnings in Toronto and took a new course at UCLA to start a new life and get new opportunities for her and so far everything’s been going well for her. I spoke to Melissa on her amazing success and progress. She gave me quite a fair amount of details.

HNMAG: So the first thing I’m wondering is, how did you get into the film industry and decide this was for you?

Melissa: I was born just outside of Toronto and was very active in the arts growing up. I was a competitive dancer and played piano, but I also knew I didn’t want to pursue an artist’s career path despite being very creative. Near the end of high school, I sat down with a guidance counsellor who suggested maybe a career in broadcasting would marry my love for the creative arts with my desire for structure and professionalism. This led me to apply for Ryerson’s Radio and Television program in Toronto, and it was through studying broadcasting that I figured out my love for film… Though, growing up watching Disney animated movies also played a big role. They were my absolute favourite! Some of my greatest childhood memories were tied to watching Disney movies … So yes, I think all these elements came together for me during my undergrad, and helped me narrow in on exactly what I wanted to do.

HNMAG: What was it like working on Canadian shows and with Canadian broadcasters?

Melissa: It was wonderful! I actively interned and volunteered during my four years at Ryerson, and got to work with some really great people on some very cool projects. I really feel the environments most of the Canadian broadcasters create for their shows are positive, encouraging and collaborative, so working with them on their projects was a sincere pleasure.

HNMAG: And has it inspired you to make any films of your own?

Melissa: For sure! I created my very first short film at the end of my studies at Ryerson. It was a 30-minute short film inspired by my best friend Mary Gyulay’s diagnosis with Multiple Sclerosis… She was diagnosed early in her twenties, just so young, which led me down a research rabbit hole to try and understand what she was going through. I learned that Canada actually has the highest rate of MS in the world, and the disease is commonly diagnosed in women, which further made me realize how few people I knew realized MS could be something that could harm them or their loved ones… I wanted to help spread awareness, so I sat down with my friend who was diagnosed—who also went to school with me––and pitched her a concept about a young high school pianist who was diagnosed with MS right before auditioning for a world-renowned music school, similar to Julliard. That idea ended up becoming our short film VIABLE, which Mary directed and I produced.

HNMAG: So your film really managed to go somewhere?

Melissa: It did! We won awards at Ryerson, and then entered it into the film festival circuit. We attended the Orlando Film Festival, the Winnipeg Reel-to-Real Film Festival (where it won Best Short Film), and the Nevada Woman’s Festival (where it won Best Student Short). VIABLE did really well! As did the social media campaign I produced alongside the film, which invited people with MS around the world to share their stories on how they cope with the disease, and how they don’t let MS overcome them or keep them from living their dreams… I guess you could say my very first kick at the can was an ambitious one, but I’m very grateful for it. VIABLE enabled me to very quickly reap in the benefits of what this industry has to offer, which led me to new producing opportunities, and skyrocketed my plans and goals.

HNMAG: So how has COVID-19 affected work for you?

Melissa: Well, I came out to Los Angeles in 2018 to pursue my Masters in Producing at UCLA, and just graduated in June 2020. The program was incredible, the faculty exceptionally acclaimed and helpful, and I got to work on a few projects and for companies that I’d only ever dreamed of… And yet, I never factored graduating in a pandemic into my plans. Naturally, the entire entertainment industry has been shuttered by COVID-19… It takes far more than one person to make a movie or run a theme park, and it can’t be done from the comfort of your own home. We rely on audiences and people to view and engage with our products, so our entire business out here––and entertainment in general––has been shut down, delayed, or slowed… Development is still happening, because you can have virtual meetings, but not at the speed I’m used to. I’m currently working for an independent producer, supporting a few short films through post-production, and pitching some of my projects to studios, but I can’t wait for things to find their “new normal”.

HNMAG: Aside from the slow pace and the pandemic, how else is life in Los Angeles so far?

Melissa: California is such a beautiful and lively state with lots to offer. We’ve got the ocean, we’ve got the mountains, we’ve got lots of sunshine and warmth––I can’t complain! But as I’m sure you’ve seen, the COVID numbers here have been spiking, so that makes things a little more difficult. All the things you can normally do and see have been restricted, and every time you step outside, you’re putting yourself and others at risk. It’s just not worth it. Despite missing my social life and desperately yearning to visit my friends and family, I’ve gotten used to working from my apartment and only seeing my boyfriend. I’m grateful to be healthy, safe, and working! Plus, you can actually drive on the highways right now without stopping. Eerie, but great for the environment, ha-ha!

HNMAG: Do you ever think of moving back to Toronto?

Melissa: Definitely! My roots, upbringing, and family are all in Toronto. When I moved out here in 2018, I planned on staying two years as a student, plus one additional year to take advantage of my visa, but beyond that has always been a question mark. Interestingly enough, one of the big things I’ve learned working out here is how few projects actually film in LA versus other places around the world. Vancouver and Toronto are hot spots for filming because of the tax incentives, and many of the studios I admire and want to work for spend as much time in Canada as they do here… It definitely isn’t out of the realm of possibility!

HNMAG: Aside from your first film (Viable) and its follow-up, what are some of the other best projects you’ve ever made?

Melissa: I produced a music video for SICKICK with one of my very close friends Matt Bendo, an incredible cinematographer who has won multiple CSC awards. The production process was a blast. We had such a great team working with us, which always makes a project that much more exciting, and later the video went viral and was an official selection for the 2018 Berlin Music Video Awards… I’ve also produced a number of pro-bono projects for Camp Oochigeas, a non-profit camp for kids and families affected by childhood cancer. In addition to multiple video vignettes for social media, I produced my most treasured and profound project to day for the charity: a 30-second commercial that played in Cineplex theatres across Canada, garnering over 40 million views!

HNMAG: What goes into the process of producing?

Melissa: It depends on the project… In some cases, I come on board to help with organization, hiring crew, scouting locations, and making sure things stay on schedule and on budget. For those projects, my goal is to support a project already in motion… But in other cases, I’ve been encouraged to start from scratch and run with my own vision for whatever the opportunity asks of me. With these projects, I have more creative freedom and get to shape the story. After development, I pull my team together, source financing or funding, and book gear… and of course, casting is a process in and of itself. I support the pre-production and production processes through the end of principal photography, then shift gears to oversee post-production including editing the project, colour correction, and making sure it sounds as good as it looks––people often forget that audio is just as important as the visuals themselves! After the film is edited, I also help get the project out there. Distributing it, and exposing it to an audience… What I love most about producing is having the privilege of seeing a project through, from its inception to its completion.

HNMAG: How do you balance out your two different types of jobs?

Melissa: What’s been really cool about my path as an independent producer is having the freedom and ability to adjust my priorities based on my own needs and deadlines. It’s very different than being tied to one company, or reporting to someone on a regular basis with tight deadlines as you would working for a broadcaster or at a studio… I’ve always been an organized, ambitious person, and I’ve always had a natural instinct to keep myself accountable, so I have no problem setting my own deadlines. For me, my work stems from passion. If I’ve got a story I’m eager to tell, or I’m looking forward to collaborating with certain clients or people, my own enthusiasm keeps the ball rolling. I don’t mind working long hours and into the weekends. My passion pushes me through each stage of the process, and I keep my eye on the “prize”, which is the final product… There’s no better feeling than seeing an audience react to or thank you for a completed film or project, and reflecting on all the hard work that went into it!

It’s amazing how far one can go sometimes. Melissa is pretty strong in a few fields and is definitely shown to be capable of reaching goals. Who knows? Maybe once the pandemic finally subsides, she’ll get to check out Toronto again. Until then, I wish her the best in planning new and upcoming series in media.